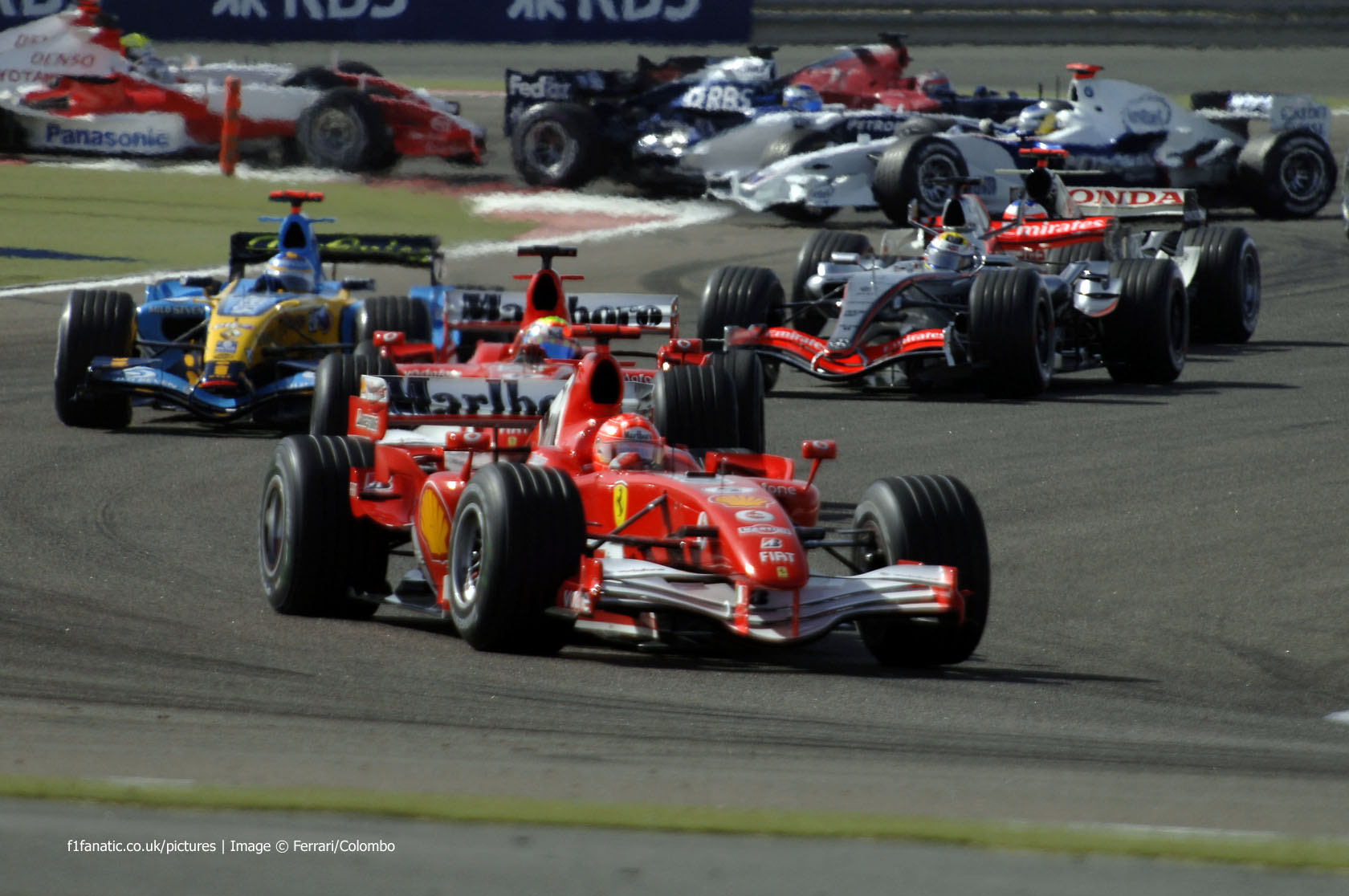 Formula One is the pinnacle of motor racing, right? The fastest and most advanced racing cars in the world.

That may be true, but you wonder how much faster the cars would be if it weren’t for the rafts of innovations that have been banned over the years.

In in a new series we look at all the developments that have been banned or heavily regulated to keep F1 speeds in check over the years.

First up is an aerodynamic tweak that was the centre of controversy last year – but has caused plenty of trouble in the past as well: flexi-wings.

Flexible wings both front and rear have fallen foul of the rule books on more than one occasion, but the basic principle behind them has always been the same.

Aerodynamic wings only generate downforce above a certain speed. Once that speed is exceeded the wings generate both downforce (which pushes the tyres into the ground, improving grip) and drag (which slows the car).

Ideally designers would build movable wings that can have a deep profile when the car needs cornering grip and a shallow profile when the car is flat-out down a straight and needs minimum drag. But according to the rules, wings are not allowed to move relative to the sprung part of the car.

Flexi-wings are an attempt to get around that rule by letting the wings change shape (i.e. flex) of their own accord by using less stiff materials in certain places.

During testing at Barcelona in February 1999, Johnny Herbert’s Stewart-Ford crashed at 190 mph.

Approaching turn one the rear wing failed, turning the car sharply to the left and directly into the barrier. The car repeatedly hit the barrier as it decelerated. Compatriot Damon Hill saw the shunt and said it was:

A monster accident – the biggest shunt I have ever seen. It is very worrying. People are experimenting with bendy rear wings. Lots of teams have been having problems.

Those teams included Ferrari – Michael Schumacher had experienced a rear wing collapse. So had Benetton and Sauber, and two such failures had occured on BARs and Prosts. Hill added:

The FIA ought to be concerned about that. Front and rear wing failures are two of the worst things that can happen, because they only occur at high speed. That’s how Roland Ratzenberger was killed at Imola in 1994. Flexible wings can be dangerous. On top of that, once all of the teams have got them, it will cancel out any advantage, but the danger will still be there.

At the first race of the season in Melbourne photographic evidence strongly suggested that at least Ferrari and Sauber were running flexible rear wings that tilted backwards at high speed to reduce drag.

I saw something similar on some of the cars last season, so when we designed the new car, the rear wing was deliberately designed to flex a little bit.

The game was up. The FIA announced that at the following round, at Interlagos, each wing would be tested by placing a 100kg weight on it and, if it deflected by more than one degree, it would be considered illegal.

Since then the issue of flexi-wings has occasionally resurfaced, but with the degrees and manner of flexes involved becoming more subtle.

This became apparent last year when eight teams threatened to protest Ferrari’s wings at the Malaysian Grand Prix after television footage revealed both the rear and front wings were flexing.

Following the race both McLaren and BMW were instructed by the FIA to revise their wings. Ferrari were not, but brought new wings to the following race anyway insisting they were for improved performance. Close inspection suggested the mountings of the offending wings at the front of the car had been strengthened.

Another row began at Montreal when Honda threatened BMW with a protest over the rear wings of the Munich cars. This came despite the fact that the FIA had insisted upon ‘slot gap separators’ preventing the different elements of rear wings from being able to move apart or together.

Despite the threats, rule changes and counter-threats, the only team all year to be punished for running flexi-wings was Midland. Both their cars were disqualified from the German Grand Prix.

As aerodynamics become increasingly more subtle and intricate, so flexi-wings can become more advanced. But they seem doomed to be forever chased by the rule makers – and with some good reason, for high speed aerofoil failures have caused enormous and dangerous accidents.