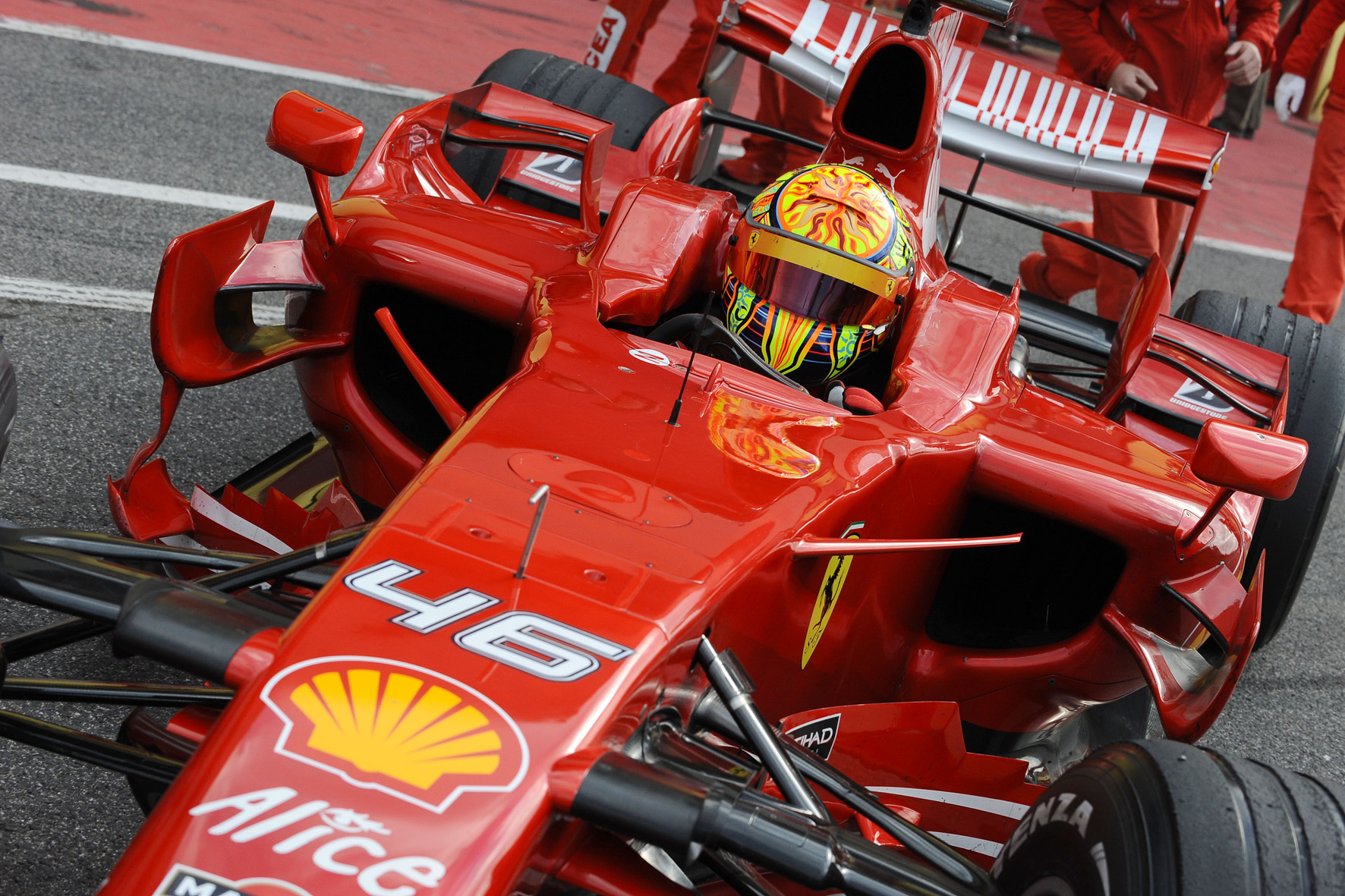 Valentino Rossi tested a Ferrari F1 car today at the Mugello circuit where he scored seven victories in Moto GP. Rossi claimed the Moto GP title for the sixth time this year.

He did 51 laps of the track, setting a best time of 1’23.9. That compares to Ferrari test driver Luca Badoer’s 1’21.010 at the track in September. Here’s a collection of photographs from Rossi’s test with Ferrari today.

Rossi, who started his career in karts before switching to motorbikes, has denied he will move to F1 in the future. But he suggested in an interview with Motorsport magazine he might switch to four-wheeled motor racing in the future.