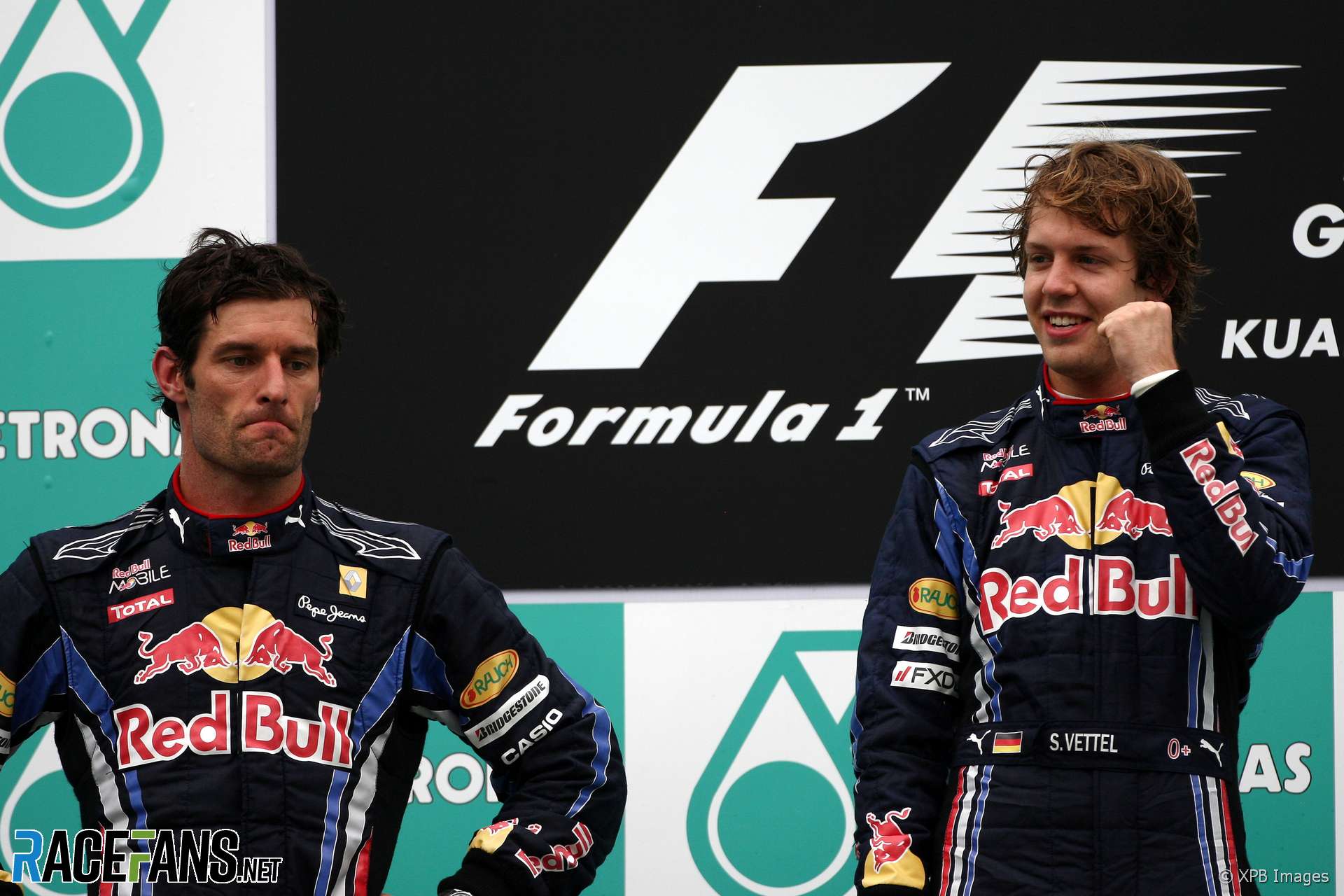 The German driver passed team mate Mark Webber on the first lap and kept the lead for almost every lap of the race.

Felipe Massa took over the lead of the drivers’ championship after climbing from 21st to seventh, finishing behind Lewis Hamilton who had also battled through the field from 20th to sixth.

Nico Rosberg finished third after a quiet race in his Mercedes, with Robert Kubica in fourth place behind him.

Adrian Sutil brought his Force India home in fifth, defending his position from Hamilton who closed in on him at the end of the race.

Hamilton raced his way up to sixth place thanks to a great start where he gained seven places passing, among others, team mate Jenson Button and Fernando Alonso’s Ferrari.

He continued his climb through the field, passing both Toro Rossos, Kamui Kobayashi and Vitaly Petrov. Meanwhile Button was battling the Ferraris, stuck behind 14th-placed Massa then losing 15th to Alonso. He later re-passed Alonso, but shortly afterwards McLaren brought him into the pits.

He ran a long stint on hard tyres which eventually allowed him to jump ahead of the Ferraris. But Massa, who ended the race on soft tyres, managed to pass the McLaren driver a few laps before the chequered flag.

So did Alonso – but only briefly. He had been struggling with a gearbox problem for much of the race and when he finally got past Button at turn one he ran wide and suddenly a blast of smoke from the Ferrari signalled the end of his race.

Alonso’s demise promoted two drivers who scored their first ever points – Jaime Alguersuari, taking ninth for Toro Rosso, and Nico Hulkenberg, who might have expected more from his Williams after starting fifth.

Among the drivers who failed to finish was Michael Schumacher, who’s Mercedes stopped with a car problem early in the race.

Neither Sauber saw the chequered flag – poor Pedro de la Rosa didn’t even see the start of the race after his engine blew on his installation lap.

But perhaps the biggest surprise of the race was the failure of the widely-predicted rain to arrive.

Vettel’s win puts him level with Alonso for second in the championship, two points behind Massa, who is yet to win a race.