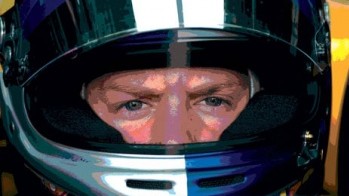 How many drivers have started races which counted towards the world championship? After crunching the numbers earlier this year I came up with a figure of 742.

Steve Small’s Grand Prix Who’s Who attempts to detail the careers of each of them, with potted biographies of each as well as a complete record of their F1 appearances.

The Who’s Who first appeared in 1994, published by Guinness. I have a well-thumbed softback edition which poignantly refers to Ayrton Senna’s recent move to Williams and remarks “it would be a brave man who bets against him rewriting the history books in the future”.

Now in its fourth edition, Autcourse publisher Icon has taken up the rights to the title. The extensively updated tome now appears in a larger format, has doubled in length and quadrupled in weight compared to the original, tipping the scales at a hefty four kilos.

The criteria for inclusion limits its scope to drivers who started in races run to F1 rules which counted towards the world championship. That includes drivers who only competed in F2 machinery in F1 races, and the notorious example of Hans Heyer who failed to qualify for the 1977 German Grand Prix but started it anyway. And drivers who failed to qualify for any races such as Pedro Chaves or Perry McCarthy appear in a separate appendix with their careers summarised in a couple of lines.

But even with these minor limitations the book’s scope is enormous. The biographies, each accompanied by an image of the driver, are pithily-written and cover much more than just each drivers’ time in F1. The vast amount of research which must have gone into producing them is impressive.

Even the drivers whose F1 careers ended several years ago have had their biographies updated – the entry for Alex Zanardi refers to his success in this year’s Paralympic games.

Formula One literature features many large, heavy books which are thick with pictures but short on detail. This is my kind of ‘coffee table’ book – pick it up, flick to one of its 800-odd pages at random and you’ll learn something new.

The asking price is high, but the publishers are offering a discount and free UK delivery on their website.

Buy the Autocourse Grand Prix Who’s Who from Icon Publishing

Looking for a present for an F1 fan? Check out the 2012 gift guide: