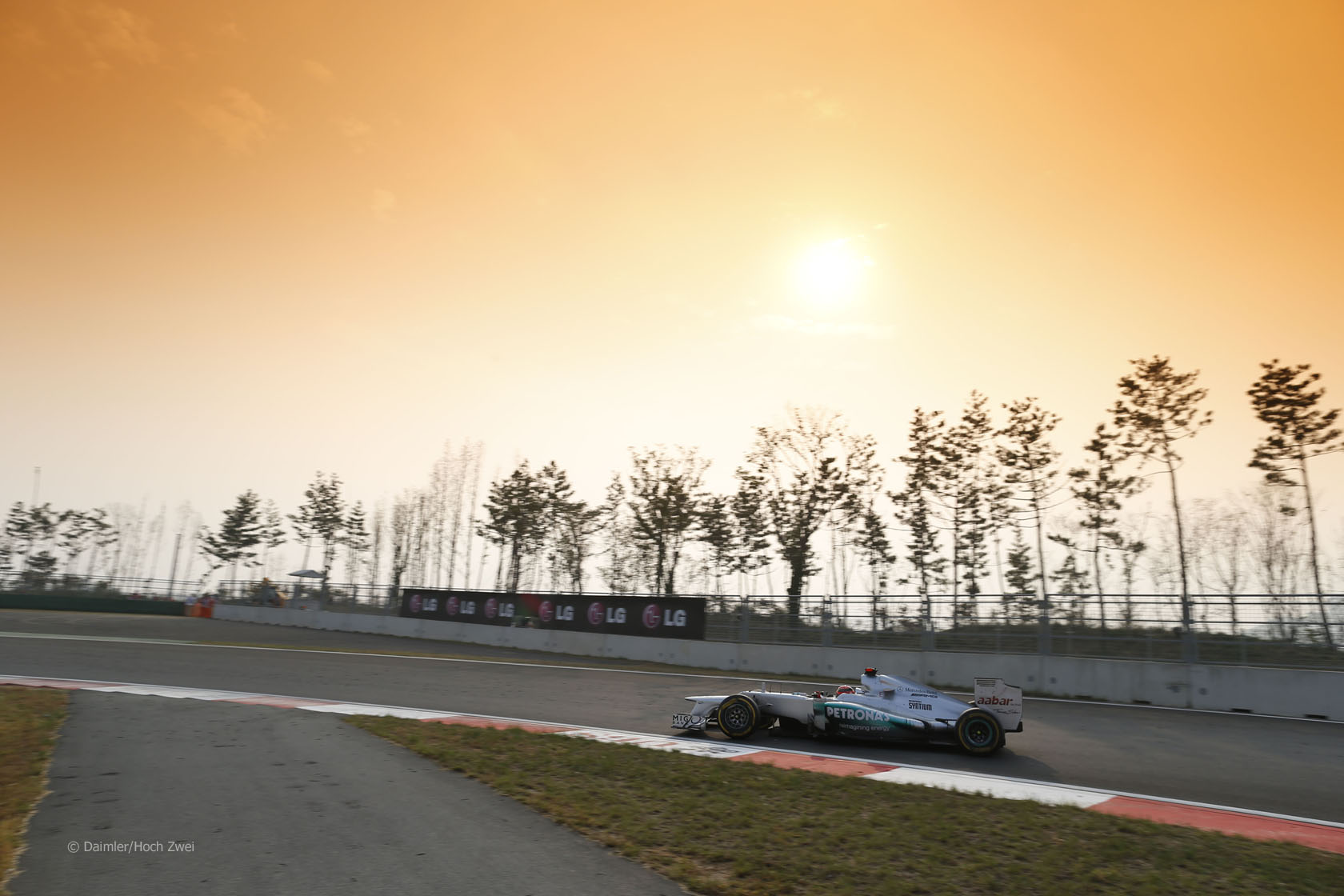 The Korean Grand Prix weekend is likely to be spared the worst of Tropical Storm Fitow as the latest weather models indicate it will head towards China, away for South Korea.

The storm is expected to bring winds of up to 150kph and heavy rain and was originally thought likely to reach the Mokpo region by race day. However it seems increasingly likely it will move further to the west.

Nonetheless the side-effects of the storm may have an effect on Sunday’s running. Current forecasts predict a chance of rain on race day.

Prior to that teams should get two dry days of running in warm, sunny conditions. Temperatures will peak around 24C with little cloud during the first two days, though it will being to build up on Saturday.

Temperatures will remain much the same on Sunday but conditions will be cloudy with an increased risk of rain.

The Korea International Circuit is in Yeongam County in the south-west of South Korea.