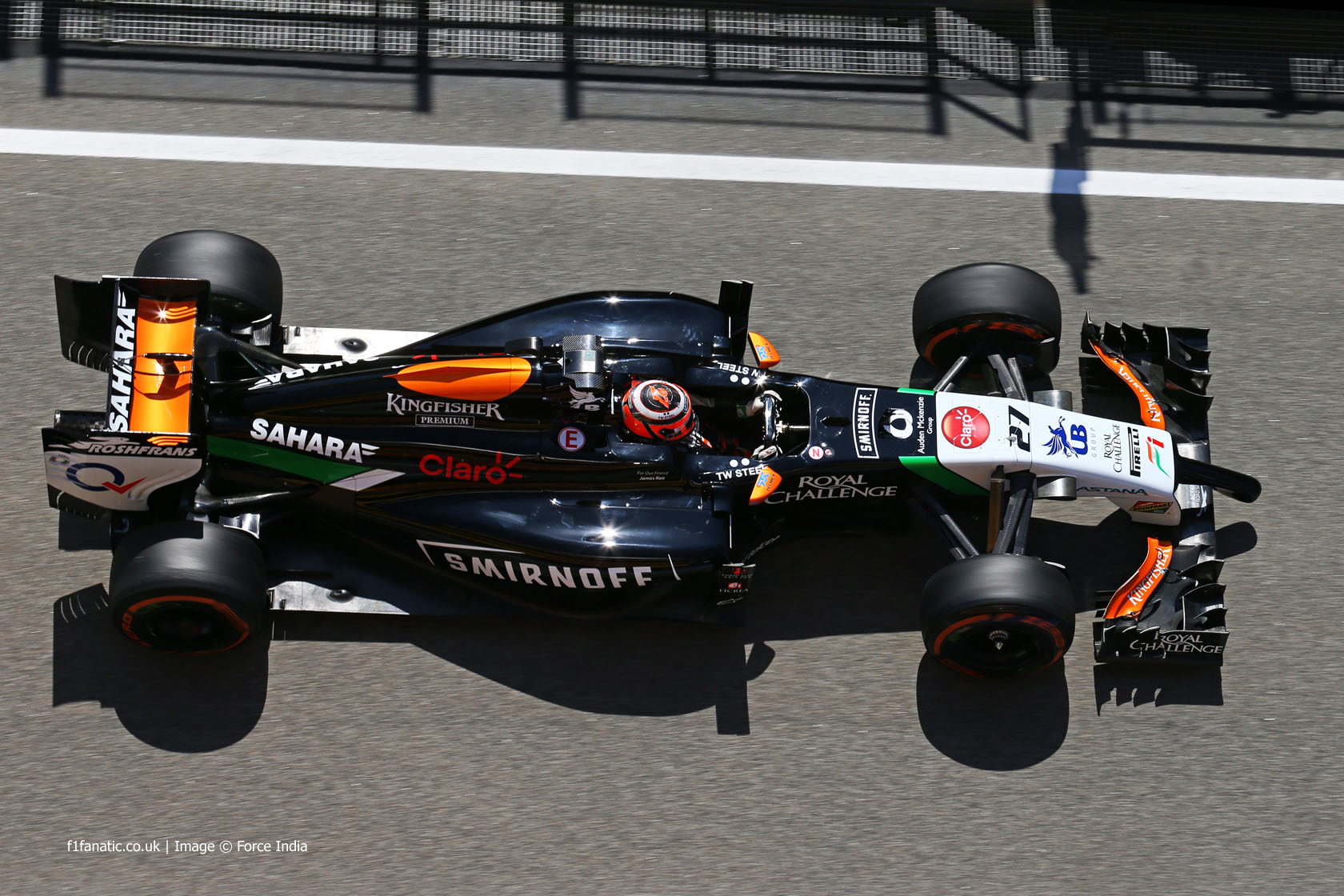 Several of F1’s smaller teams will continue to push for a cap on budgets as they believe it is the most effective way of controlling costs.

The FIA previously announced a budget cap would be introduced in 2015, but scrapped the plan after it was rejected by the F1 Strategy Group.

However representatives from Force India, Sauber, Caterham and Marussia said during today’s press conference they will continue to push for a budget cap.

A meeting of all the teams was held last week to discuss ways of controlling costs in F1. Force India’s deputy team principal Bob Fernley said the dialogue had been “very positive”.

“I think we shouldn’t lose sight, though, of the fact that in Geneva we agreed certain protocol in terms of unanimous agreement to look at the cost cap. We believe that still applies today and the FIA should be continuing that process.”

“We question, as we have always done, the legitimacy of the Srategy Group to overturn the Geneva decision,” he added.

Sauber team principal Monisha Kaltenborn said there was an “overall feeling to reduce costs significantly” at the meeting but they need to take “concrete steps”.

However Toro Rosso team principal Franz Tost believes a budget cap will not happen without the support of the top teams:

“The Strategy Group at the end one month ago refused the cost cap for various reasons. As the cost cap will not be any more in place because the top teams from the beginning said it’s difficult to police it and if something cannot be controlled it doesn’t make sense to bring it in.”

Tost argued costs should be cut directly through rules changes, using next week’s test as an exmaple: “If I look for example next week we have a test here in Barcelona, in my eyes it’s a totally useless spend of money.”

“Because what do we bring? We bring an extra car, we bring extra people. We are running here for two days and each kilometre in Formula one costs you three, four hundred Euros or even more and if you calculate all this then at the end we spend a lot of money.

Tost added he does not believe a budget cap could be policed. “For me the cost cap is dead because the top teams don’t accept it,” he said. “It’s also complicated for them and as long as auditors are not allowed to look into the books it’s useless to make a cost cap.”

However Kaltenborn said only limited savings could be achieved via rules changes and a budget cap would be the most effective way of bringing costs down:

“I don’t think [the budget cap] is dead because first of all, as has been said already, there was a unanimous decision and I think it is very much possible to police it because if something can be policed it’s figures, because they are pretty clear.

“It just always depends on the people who put down the figures, whether they are right or wrong. We do that all with our companies, I think there’s no country where our teams are situated where you don’t have bookkeeping, so I don’t think it should be an issue.

“We, at Sauber, definitely could live with a system where you first of all come into it with trust and not the lack of trust and say if the teams put in the figures, and you have a certain natural policing system, it can work. But we’ve been saying that for long so I think it’s very much do-able.”