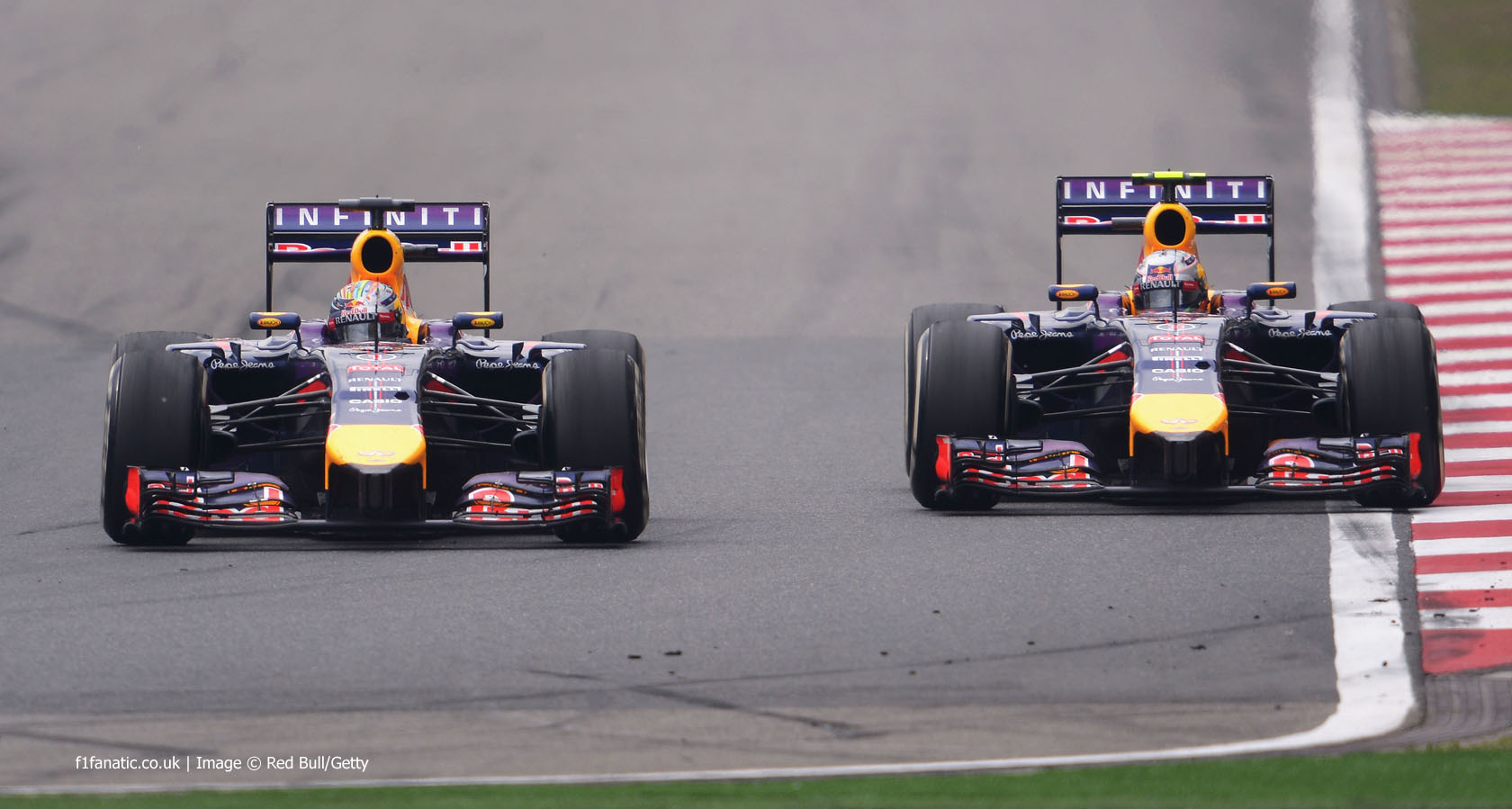 Daniel Ricciardo says racing against Sebastian Vettel has been good for his career, although they will no longer be team mates at the end of the year.

Following today’s announcement that Vettel will leave the team before next season, Ricciardo told reporters at Suzuka he was happy with his performance against the world champion this year.

“I’m glad I at least got one year to race with him and see how he works,” said Ricciardo. “I heard a lot about his work ethic before the season and it was good to do that, I think I’ve measured well to him.”

“He moves on but I think it’s done my career good as well to have Seb to go up against. It’s been a good year.”

With five races remaining in 2014 Ricciardo has compared favourably against the four-times world champion and scored all three of Red Bull’s wins this year.

Ricciardo’s new team mate will by Daniil Kvyat, but despite his seniority within the team Ricciardo does not expect ‘number one’ driver status.

“Obviously Danny’s now the new kid on the block, I’m not,” he said. “But even with Seb this year, even though he’s got number one on the car the team have never said ‘this is the leader’.”

“Obviously he knew the guys and won a lot more with them, but they never really said ‘one’ and ‘two’. Danny’s coming in and I will expect him to be quick so I wont take anything or granted and I won’t walk around like I’m number one, no.”

12 comments on “Ricciardo happy to have gone up against Vettel”