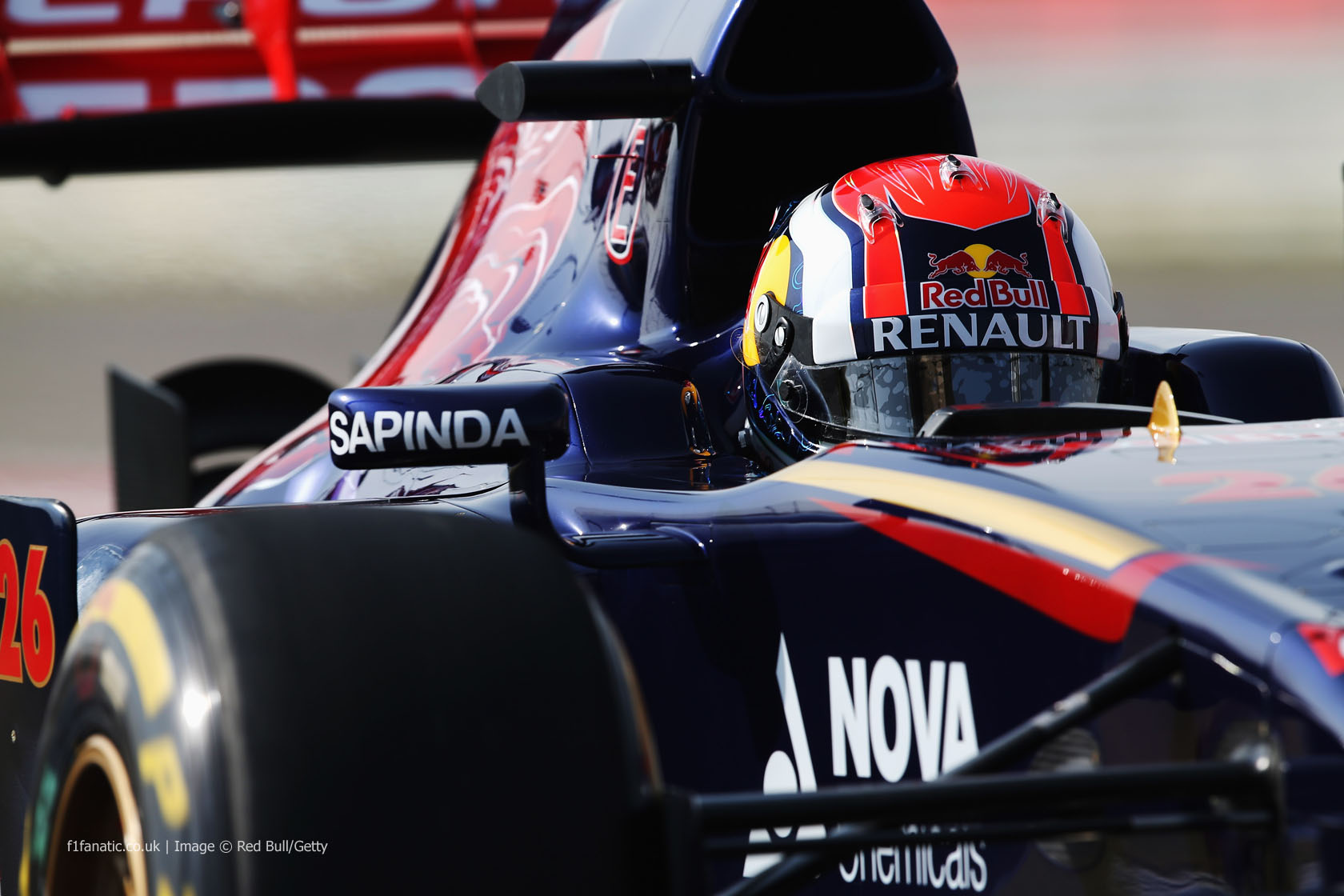 “Obviously it was a shock for me as well,” said Kvyat when the crash was discusses in today’s press conference.

“We couldn’t expect to hear quite negative news after the race finished. And all I wish now is that we can hear good, better news, positive news about Jules.”

“I really wish him to recover,” Kvyat added. “It’s the only thing that matters.”

“Nothing like this happens for a long time and we hope here in Formula One that the health for Jules and I’m thinking of him very often, like all of us. We’re all united to support him.”

Kvyat, who was announced as Red Bull’s new driver for 2015 last week, will be the only home driver on the grid for this weekend’s inaugural Russian Grand Prix. But he admitted he had “mixed feelings because of the atmosphere”.

“Our thoughts are still about Japan,” he added. “I think it will be like this for a while.”

However Kvyat said he was glad to see his home country hosting its first race which he did not expect to happen so soon after he started racing.

“On the other side, of course, it’s my home grand prix,” he said. “I’m pleased to see what I see here: big structures, big track.”

“I think around ten years ago still when I was starting my career we couldn’t have dreamed about this. Now this things became reality. Obviously it’s a special moment for me and the first time racing in Russia.

“We will anyway race, in the end it’s our work and we carry on doing what we’ve been doing for such a long time.”