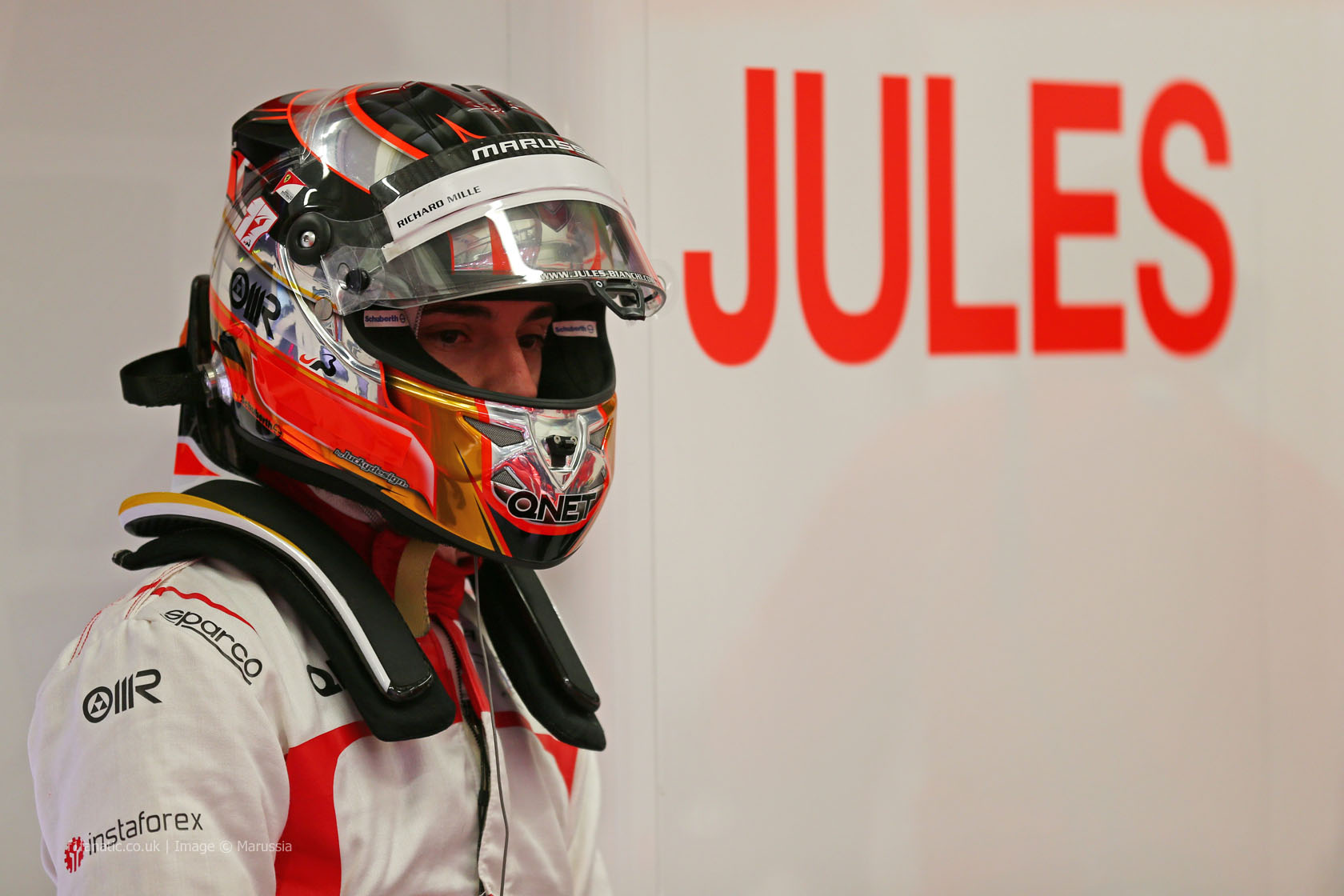 Formula One drivers said they were all hoping for the best for Jules Bianchi following his crash in Japan, but admitted to being shocked by the circumstances of his accident.

During a sombre press conference in Sochi Felipe Massa described the Japanese Grand Prix as “the worst race of my life”.

“Worse than race of my accident because I didn’t remember anyway,” he said, referring to the crash during qualifying for the 2009 Hungarian Grand Prix which left him with head injures.

Massa said thoughts of Bianchi were never far from his mind at the moment. “Every day you can just be thinking about him, thinking about Jules, and a very difficult weekend for all of us. Maybe tomorrow get a little bit better because at least you are working, at least you have something to think about, to put inside your brain.”

“We try to race and to do the best we can for him, for his family,” he added. “But anyway it was the worst race of my life.”

Bianchi is a member of Ferrari’s driver development programme, and Fernando Alonso said thoughts of him were uppermost in their minds too.

“Obviously all our thoughts are with Jules,” he said. “We have a huge respect for our work but when there are big accidents there are no words describe how bad you can feel.”

“It was a tough weekend and right now we are here in a difficult weekend again – emotionally, very difficult – ready to race, to race for him, being as professional as we can but definitely our mind, or my mind, is with him in this moment and praying for him.”

Jenson Button said “it’s a very horrible feeling knowing what one of your fellow drivers went through and is going through”.

“I think the only thing to say and the most important thing is that we wish him well and our thoughts are with him. We all feel the same in the Formula One world.”

Bianchi suffered a severe brain injury after crashing into a recovery vehicle which was moving Adrian Sutil’s crashed car. The Sauber driver said it was hard to put his feelings into words.

“Of course a very shocking moment for everyone, for myself and nothing really to say about it,” he said. “I think probably everyone have seen it, it’s just we have to pray right now. This is all we can do. We can hope that we get some better news.”

Sutil said there was a “grey cloud” over the sport ahead of its first race in Russia this weekend, but the drivers will “try to be professional enough and professional to focus on the race again”.

“It’s probably going to be good to get rid a little bit of this mood,” he added. “But still, yes, it affects everyone.”

“My thoughts are the same, we pray for the best and we race for him.”