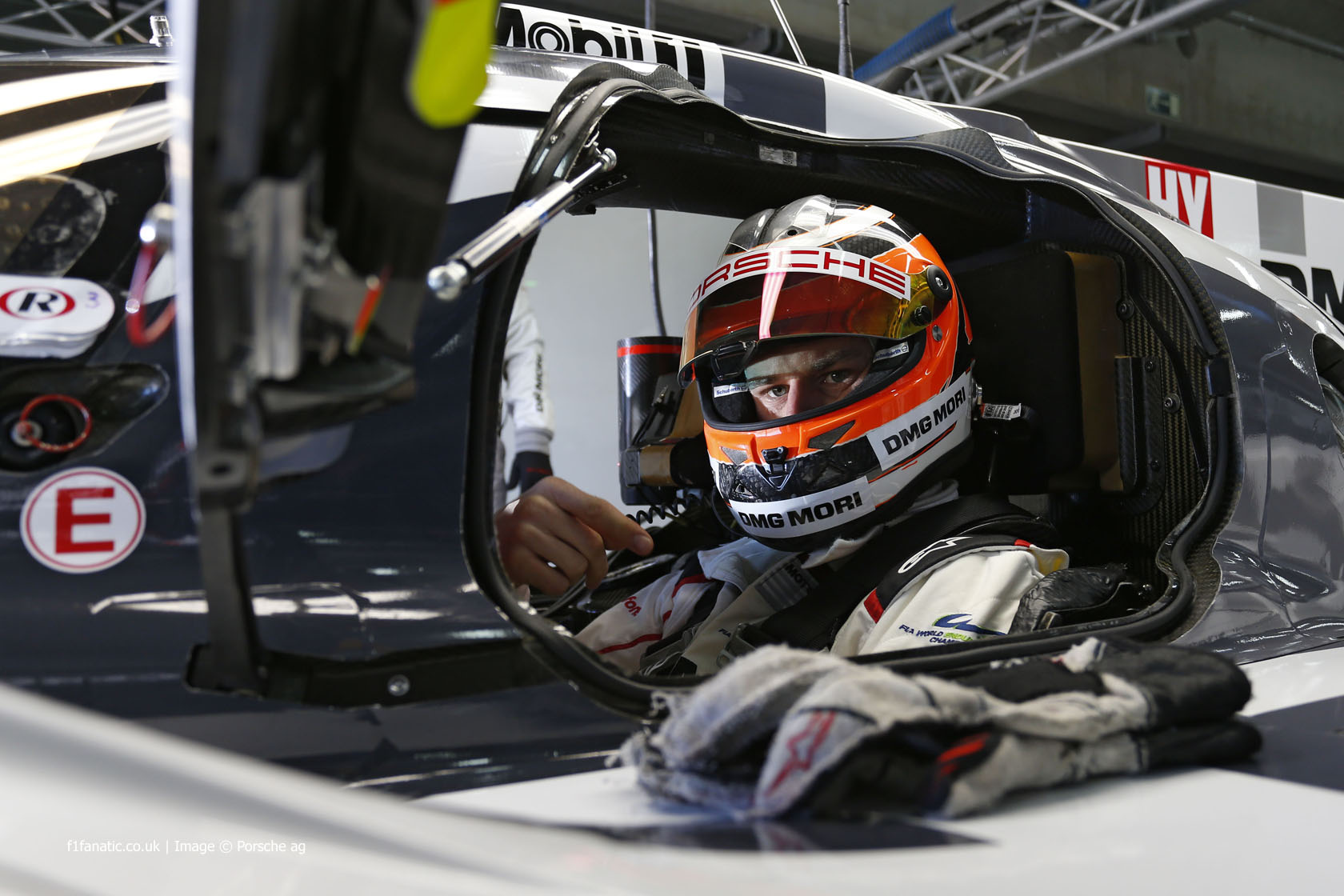 Nico Hulkenberg had his first test in Porsche’s 919 LMP1 car at Motorland Aragon in Spain earlier this week.

The Force India driver intends to compete in the the Le Mans 24 Hours and Spa Six Hours races next year in addition to his full F1 programme. However since his plans were announced a revised 2015 F1 calendar has been released with an added round in Korea which clashes with the Belgian round of the World Endurance Championship.

Hulkenberg said his first experience of the endurance prototype was “a hundred per cent positive”.

“The 919 is great to drive. It has a lot of downforce in fast corners and the hybrid power to accelerate out of slow corners is impressive. The preparation from the simulator was very realistic and I found the night driving especially cool.”