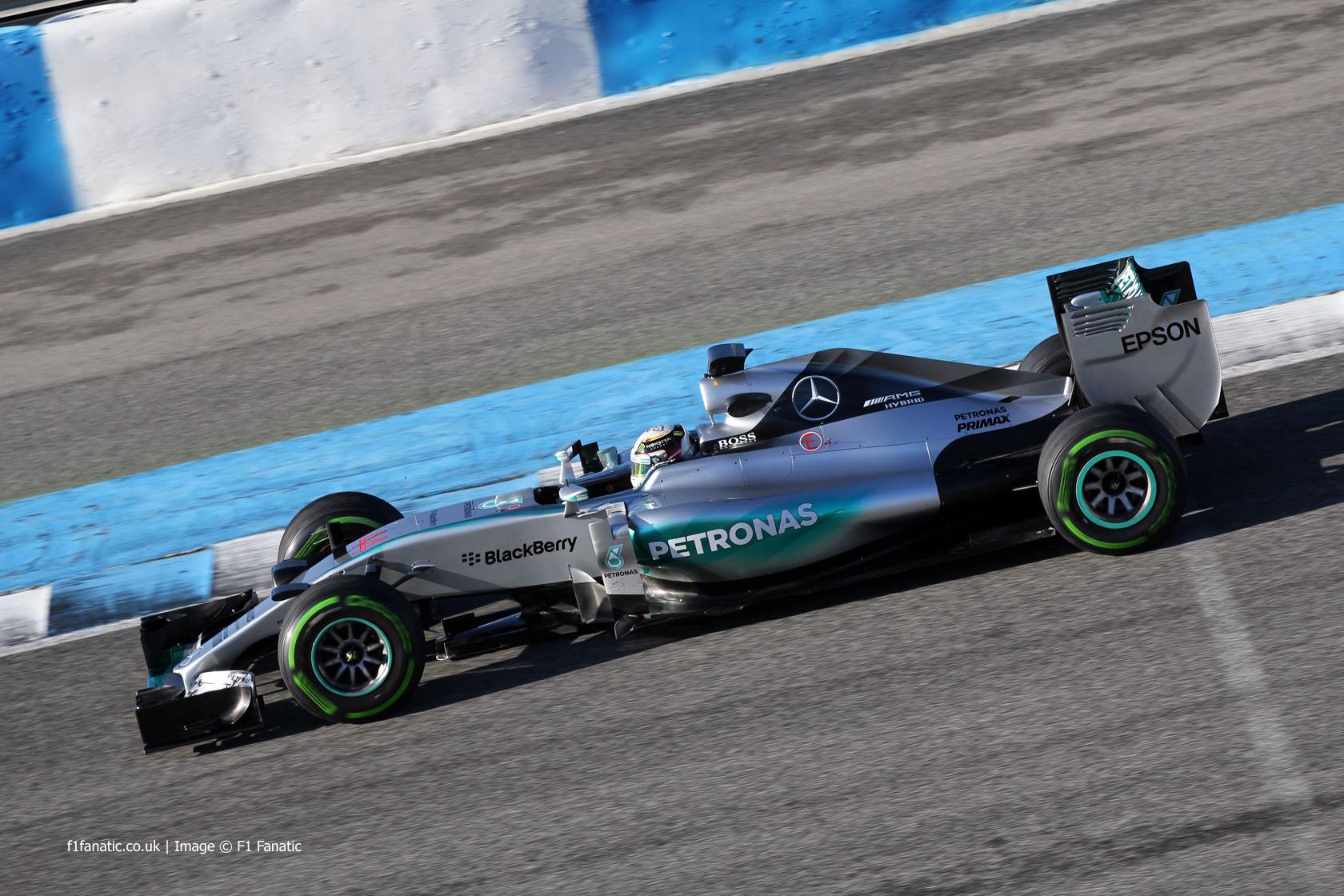 Lewis Hamilton says he is surprised by how much running Mercedes managed to cover at the first pre-season test of 2015.

Mercedes covered the highest mileage of any team on every day of the test, totalling more than 2,200km of running.

“Paddy [Lowe’s] just said it’s been one of our highest weeks of mileage,” Hamilton told reporters after today’s test.

“It’s just great to see the work and also the enthusiasm of the guys in the garage. And also the things that we have to work on can be easily rectified.”

But Mercedes, who ran away with last year’s championship, did not lead the times on any of the four days’ running at Jerez while Ferrari did so three times. “I think my engineer said they’re doing shorter runs,” said Hamilton when asked about Rosberg’s reference to their “eye-opening” pace.

“I haven’t been looking to be honest, just focusing on doing my own thing,” Hamilton added. “I’m sure they’re on different fuel loads to others, they look like they are.”

Hamilton lost some time during today’s session with a spin at the chicane which brought out the red flags. He said he lost the car on a damp patch while running on slicks.

He described Mercedes’ new car as being similar to its predecessor, but said it wasn’t unusual for him not to gel with a car the first time he drove it.

“You know what, every single time I’ve driven it never feels good the first time,” he said. “Because the car is at its worst and the tyres are not good in the cold conditions here in Jerez.”

“Even when we were at Valencia a few years ago or Bahrain, it never felt good the first time, it’s just how it is. But at least you know that’s the worst it’s going to be for the year because it will get better through the year. The first time, the first week you drive is when the car is at its worst.

“But I mean the car feels very, very similar to last year, it’s very difficult to pick out any differences really.”