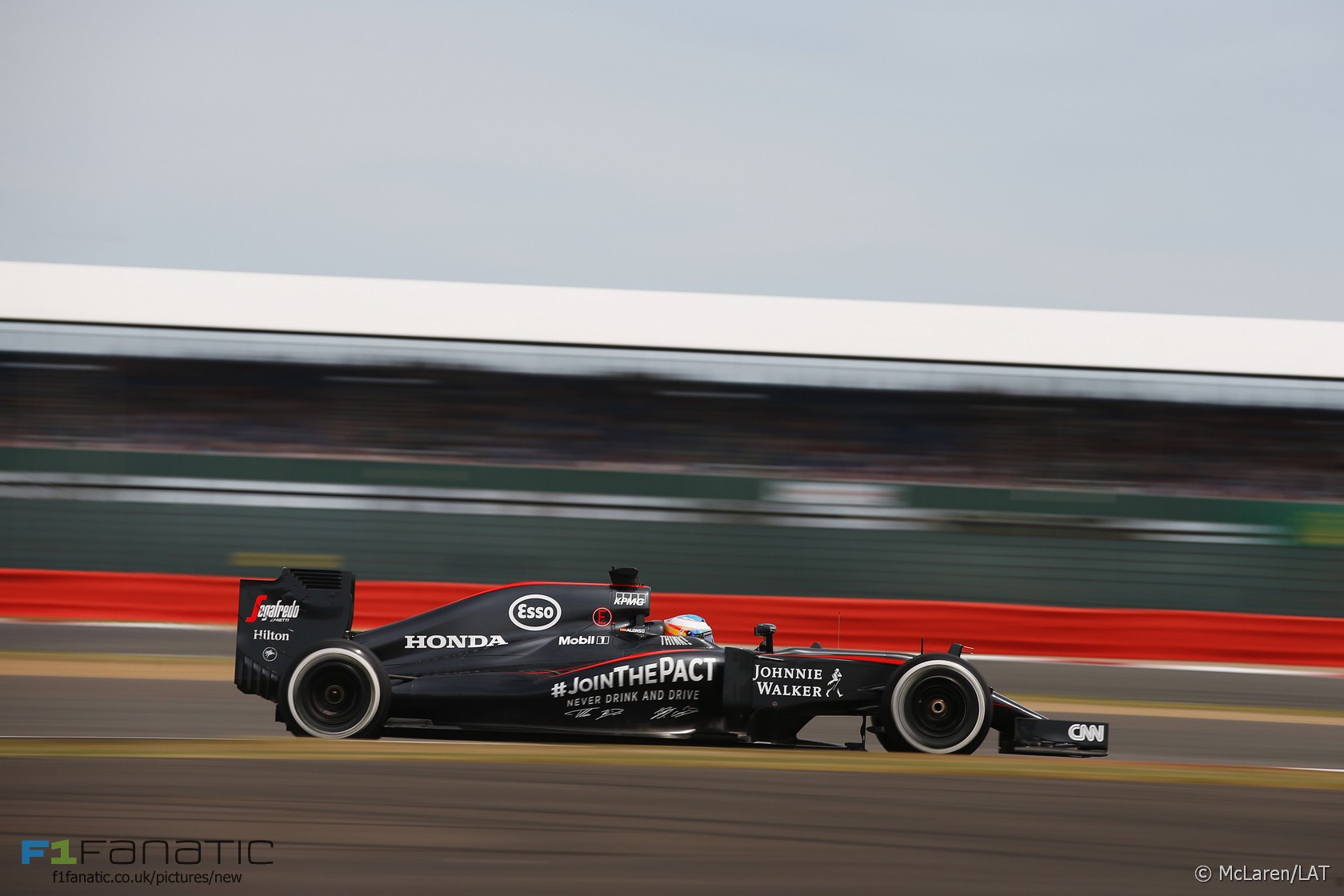 Fernando Alonso escaped a grid penalty for tomorrow’s British Grand Prix after his team fitted the wrong tyre to his car during qualifying.

Alonso was sent onto the track with a tyre which was supposed to be used by team mate Jenson Button. McLaren admitted a “communication error” had led to the mistake and the stewards gave the team a formal reprimand.

Also during qualifying eleven drivers – more than half the field – had lap times deleted for abusing track limits. Most drivers were penalised for going off the track at Copse (turn nine) and at least one was found to have gone off at Club (turn 18).