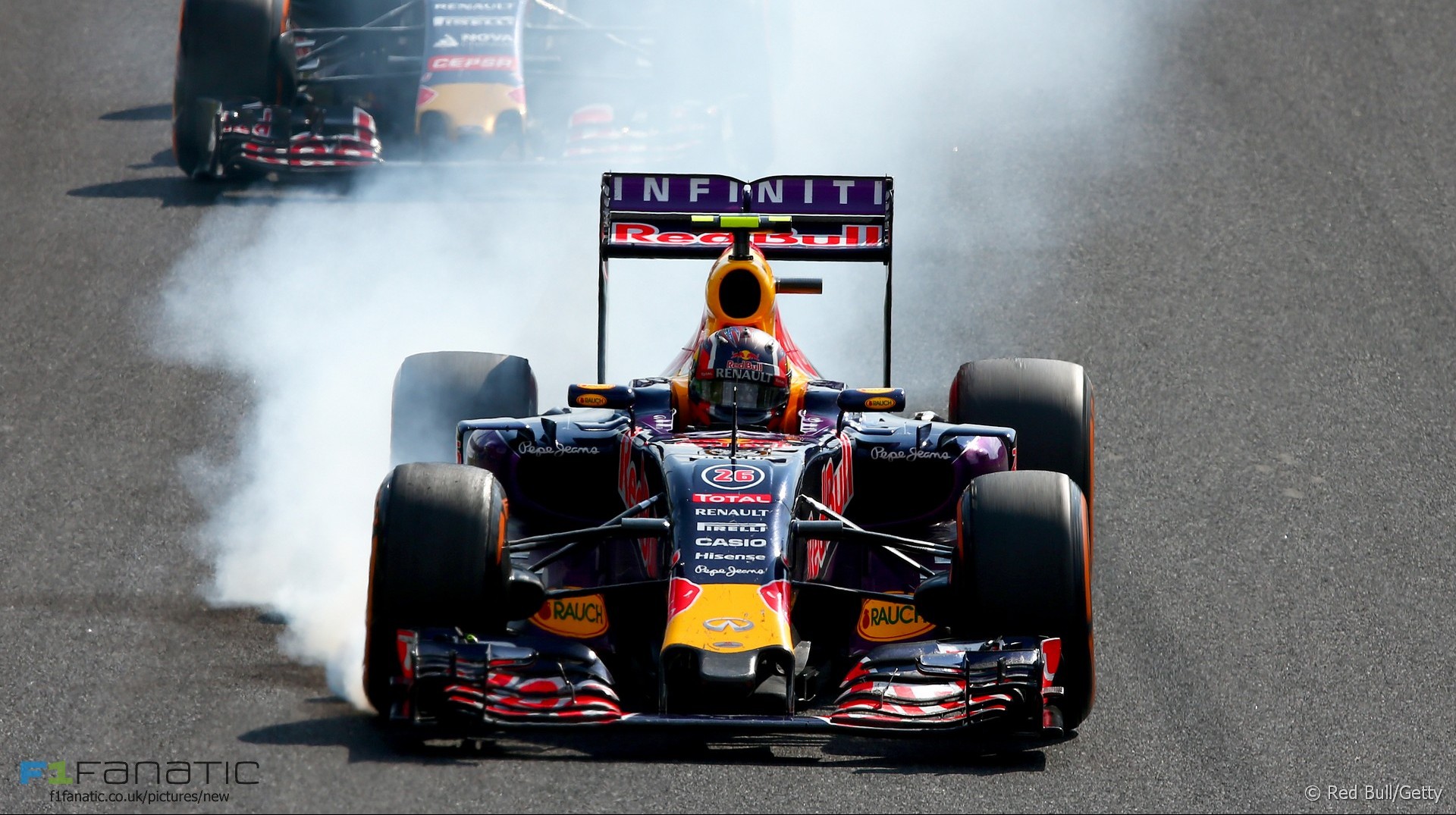 Daniil Kvyat was thoroughly unsatisfied with his Japanese Grand Prix after starting from the pits in a new chassis following his crash yesterday.

Kvyat finished 13th but was frustrated by being unable to use his engine’s overtake button in the closing stages.

“It was pretty boring for me out there this afternoon,” said Kvyat, “because a combination of circumstances meant I had to just sit back and was unable to attack.”

“I had a completely new car, so that wasn’t so easy. We had difficulties with the tyres, the brakes and the overtake button, which made life complicated.”

“In the end, I did manage to overtake some people, but it wasn’t great. It’s frustrating and annoying, but there was nothing I could do.”

“Battling for P13 does not give you much satisfaction. But a big thank you to the team, they had a lot of work to do on Saturday night to get the car ready for the race.”