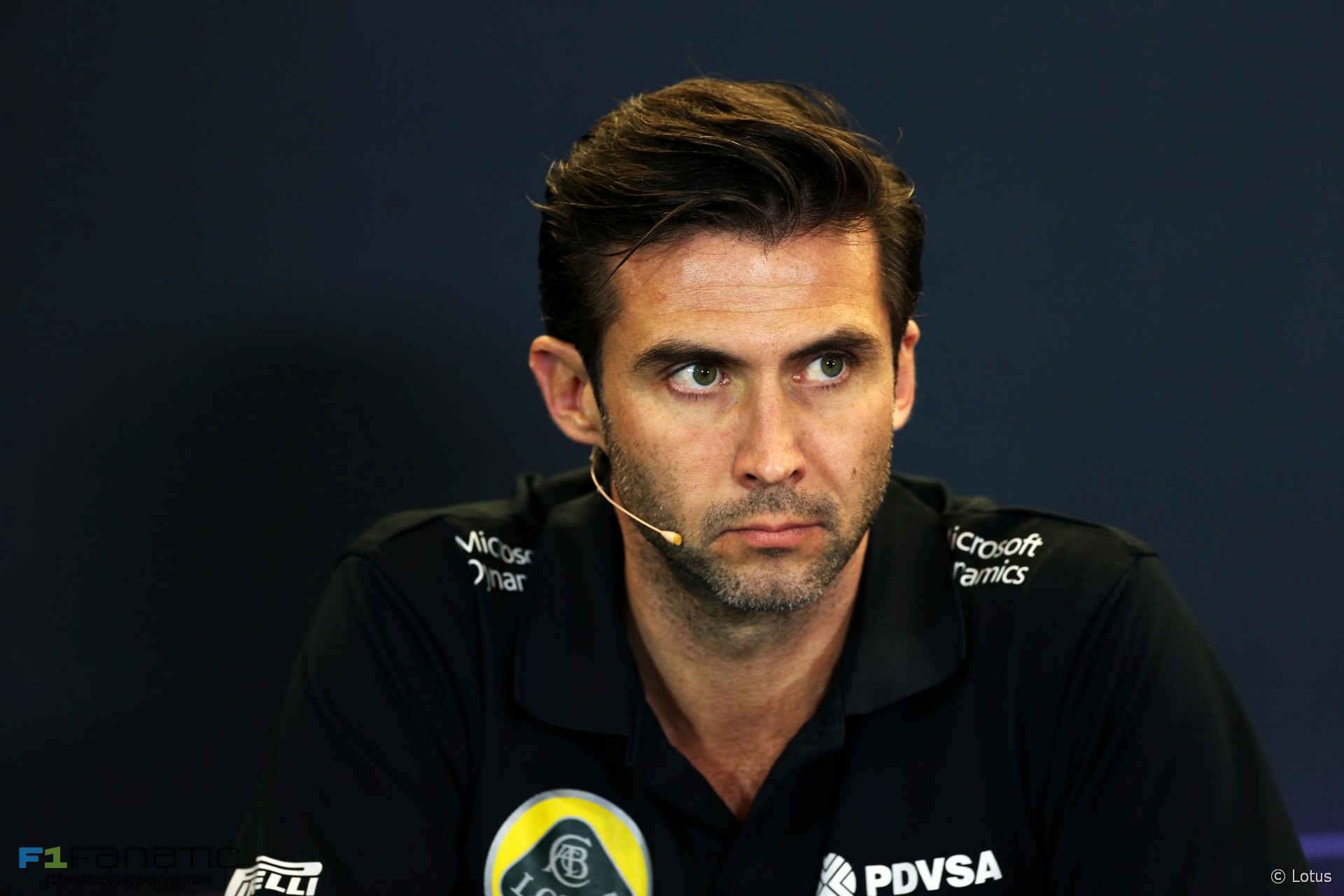 Lotus might have joined Force India and Sauber’s complaint to the EU about Formula One if it wasn’t in talks with Renault over a potential buy-out of the team.

The team’s CEO Matthew Carter said during the FIA press conference on Friday that the ongoing talks had a bearing on their decision not to join the complaint.

“I think we’re in a unique situation in terms of where we are as a team,” said Carter. “From my own personal opinion, would we have taken a different route if we weren’t under the potential new owners, as we are, then possibly we would have done.”

“However, as things stand at the moment, we are trying to plot a course through the turbulent times that we’re in at the moment, the best way that we can. We’ve been advised and we have discussed at a fairly high level, the route that we’re going to take and we’ve decided that we would not join the action.”

There was never any prospect of Toro Rosso joining the complaint according to team chief Franz Tost. “We signed a contract a couple of years ago, we knew the contents and therefore there is no reason for us to claim against the commercial rights holder,” he said.

Toro Rosso is owned by Red Bull, one of the teams which benefits from the favourable treatment which Force India and Sauber allege is anti-competitive. However Red Bull team principal Christan Horner questioned whether the EU should be alerted over other matters in the sport.

“The promoter theoretically could take the view of if he chose to give all the prize money to the winning team,” said Horner. “It’s then down to the teams to decide whether they wish to enter or not.”

“So it will be interesting to see how the EU rule on something like that, because does that mean that we could say that teams unwilling to supply engines, is that anti-competitive? So everything could therefore end up in the commission.”

Scale of payments hushed up

Meanwhile Force India co-owner Vijay Mallya repeated a claim previously made by Sauber’s Monisha Kaltenborn that the scale of the extra payments being made to Red Bull and other teams was kept secret from their rivals.

“I hear what Franz has said about contracts being signed. Yes, I can confirm that contracts have been signed but the disparity between the contracts was something that was unknown at the time those contracts were signed.”

“I remember last year here in Austin there was much speculation on whether three teams would be boycotting the races,” Mallya added. “We raced here in Austin, we raced in Brazil and Abu Dhabi, we completed the season.”

“Here we are again a year later – but fundamentals remain fundamentals. You exhaust various options and avenues of dialogue and, if you still remain unsatisfied, then there is a Commission to go to, which is what has been done.”