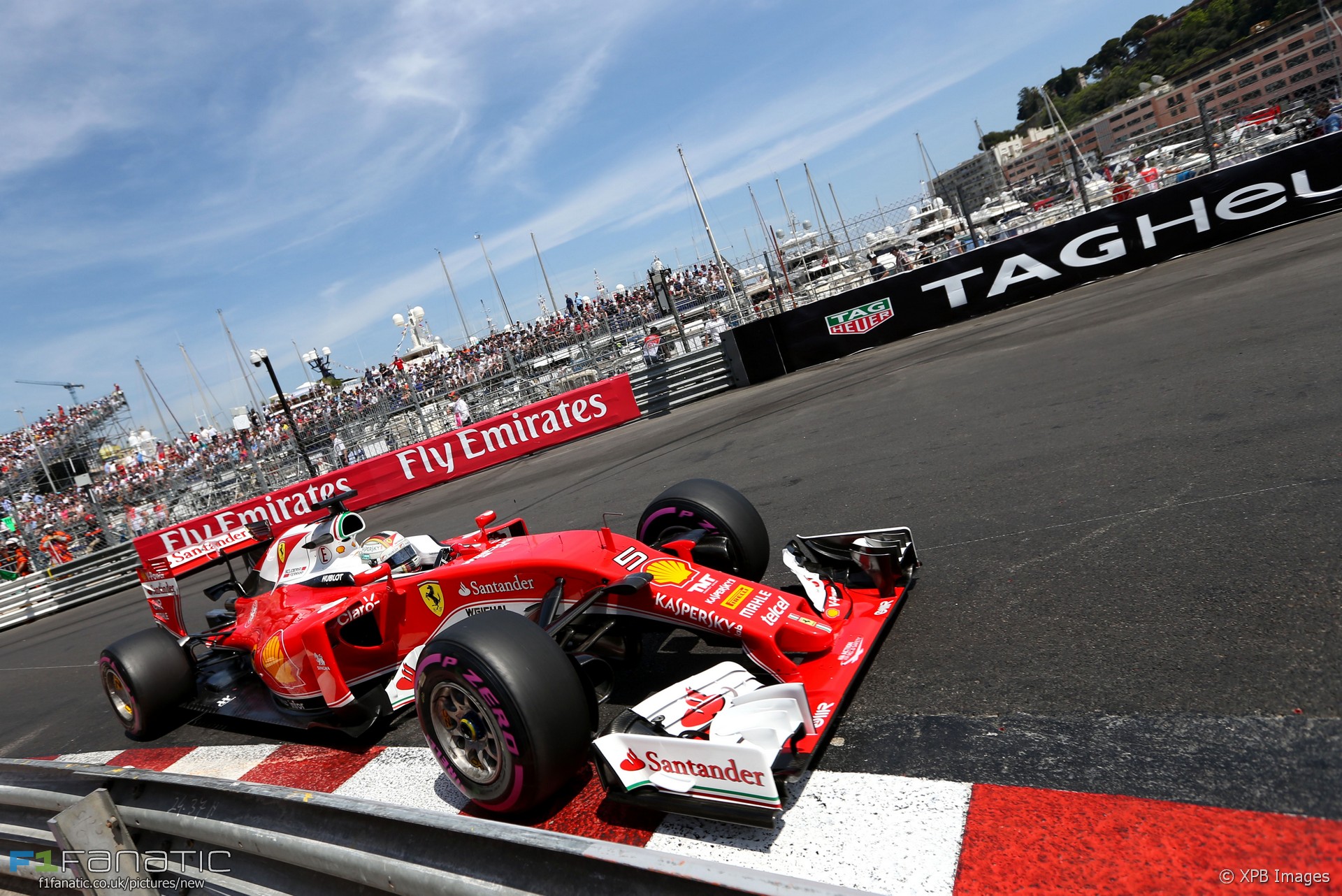 Sebastian Vettel admits that Ferrari should have been closer to the ultimate pace after qualifying almost a second slower than Daniel Ricciardo in fourth for the Monaco Grand Prix.

“Unlike everyone else, we didn’t get any quicker,” admits Vettel. “I think we should’ve done and could’ve done a better job. But it is what it is so we have to focus on tomorrow.”

Despite the gap to the front three ahead, Vettel believes that Ferrari are stronger than their pace looked in qualifying.

“I don’t think we are as far behind as it looks,” says Vettel. “I think we had a crack at pole today, but not if we don’t extract the best out of ourselves.

“The car is quick, no doubt. I think we started off well this morning. Thursday, we were on the wrong foot, but there was nothing special by the people in front that we couldn’t have done. But we didn’t do it, so there’s the problem.

“It’s disappointing because I missed a good opportunity to start the race potentially from the front tomorrow.”

36 comments on “‘We should’ve done a better job’, laments Vettel”