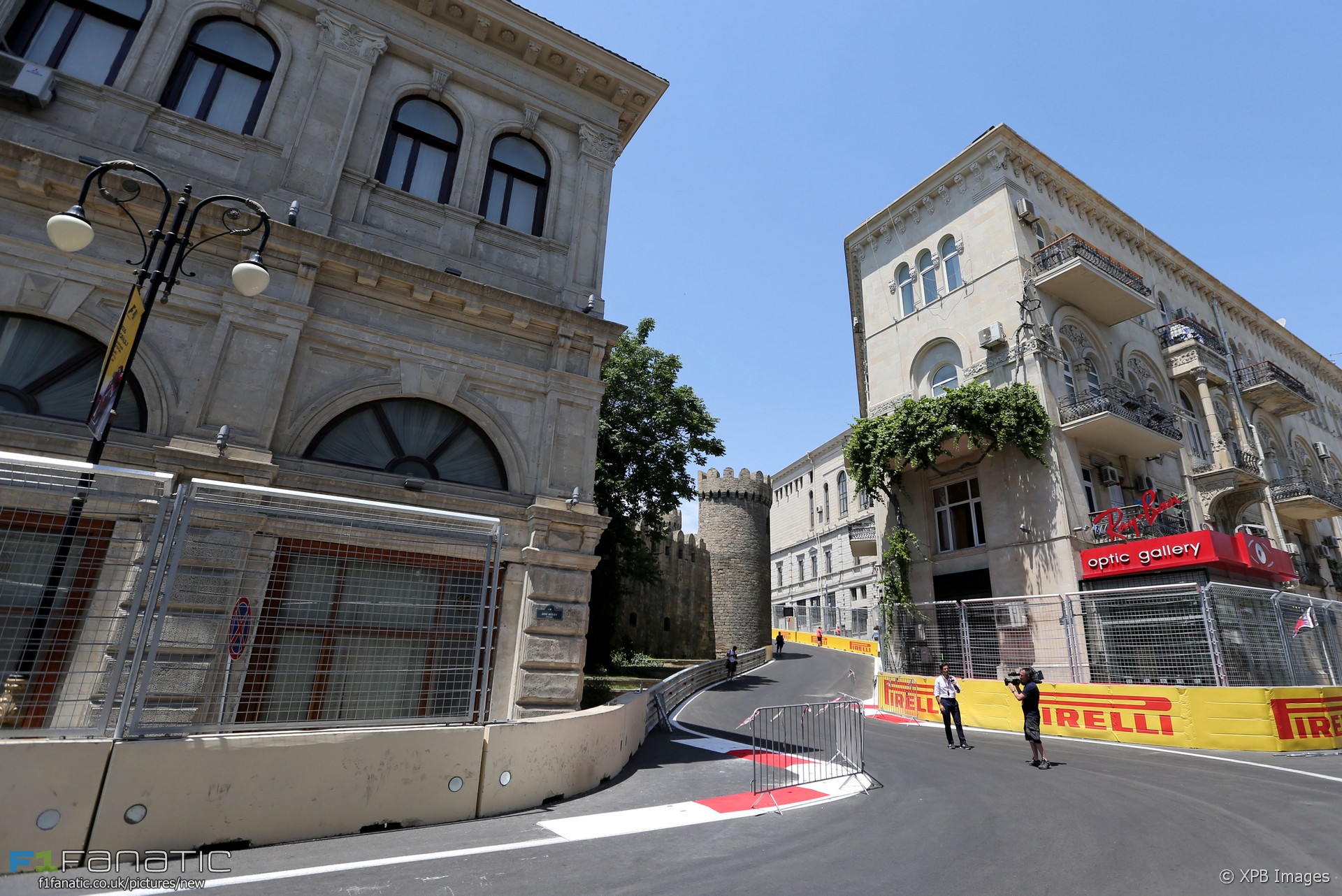 Fernando Alonso said the Baku City Circuit may need to be altered over the coming years as Singapore’s street track has been.

Alonso, who is an ambassador for the Azerbaijan circuit which is holding its first F1 race this weekend, said he and the drivers weren’t involved in planning the layout.

“There are some corners that probably we will talk about,” he said during today’s press conference, “and some others that we need to go in the car first and see how they feel”.

“We saw in Singapore also making some small modifications to some corners year after year until we find a good compromise. So I guess it’s going to be quite similar here. I think next year maybe some tweaks can be done after we go in the car.”

“But in terms of safety I think the FIA run many simulations in terms of how to make the run-off area safe enough. Obviously some of them are more than enough, some of them maybe they look small but it’s always better than Monaco, for example, you cannot be any worse than that.”

One area of the track which may cause concern is the approach to the pit entrance, where drivers will have to slow down close to the racing line where other cars pass at speeds likely to be in excess of 300kph.

“It’s something similar to Brazil, maybe, a couple of years ago, and some other pit entries,” said Alonso. The pit lane entrance at the Interlagos circuit was revised in 2014.

However Sebastian Vettel said he was not concerned about the approach to the pits in Baku. “The pit entry looks a challenge but then again I think that’s why we’re here,” he said. “I certainly have the plan to stay on-track and not use the run-off.”

Vettel said he is eager to try the distinctive section of track around the old city. “The whole part there looks exciting,” he said, “starting I think from turn eight, basically going around the old town.”

“It’s nice to see when I walked the track there’s some gradient, it goes up, there should be a blind apex around ten, eleven which is a big challenge.”

“And then obviously those two corners [12 and 13], fairly high speed. I think in terms of safety standards they’ve done everything they could. I’m a lot happier to have the wall that close to the track rather than have a run-off and then some tyres or something waiting for you.”

“Plus there’s a SAFER [Steel and Foam Energy Reduction] wall which is working well also on tracks like Brazil. I think in that regard should be fine and the whole bit leading around the old part of the city looks quite spectacular. Hopefully it feels like that as well.”

Carlos Sainz Jnr said the two corners leading to turn 15 and its braking zone was one of the trickiest parts of the lap when he drove the track in the simulator.

“From the laps I did in the simulator it looks like it could well be flat with some good walls waiting for you. Maybe behind a car with a bit less downforce it becomes more tricky. But the interesting part I think comes after those two flat-out corners, that is a bit downhill, you brake and turn, and there’s again not much run-off area.”

One comment on “Baku track may need changes – Alonso”