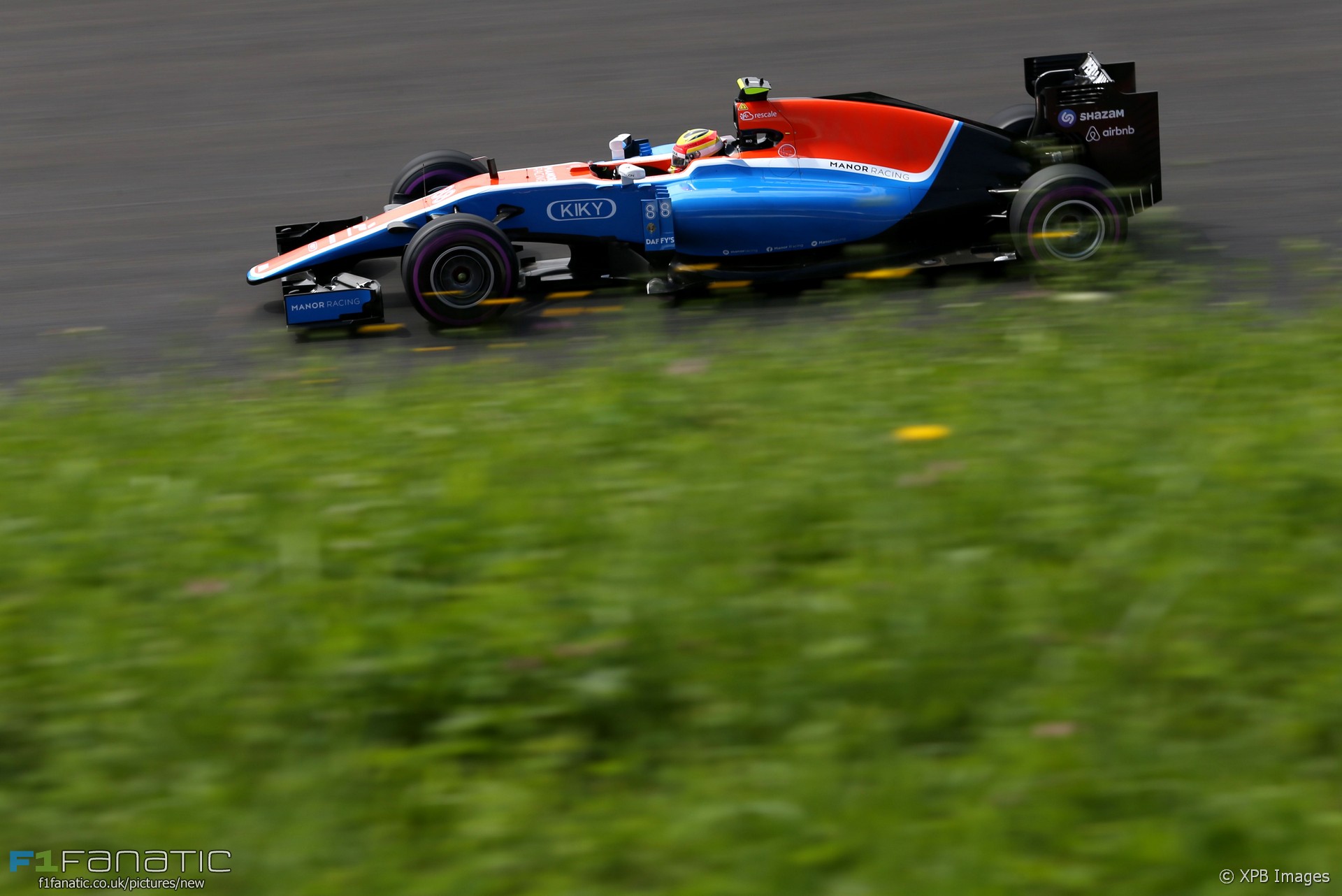 Manor drivers Pascal Wehrlein and Rio Haryanto have both picked up reprimands for their driving during the first practice session.

Haryanto received his after he drove onto the track at turn eight following a spin directly in front of Daniel Ricciardo.

“Despite the driver’s assertion that he thought [Ricciardo] would slow sufficiently under the yellow flag to allow Haryanto to re-join the track safely, the stewards are of the view that there was potential risk in the manoeuvre and that therefore is was not safe,” the stewards ruled.

Wehrlein, like Haryanto, also collected his first reprimand of the year after he was found to have driven too quickly during a Virtual Safety Car period.

“The driver gave evidence that he thought his speed would reduce much quicker than it did and that he was surprised at how long it took to get to within the correct time due to this occurring on a very fast straight, which he had not experienced previously,” noted the stewards. “Accordingly a reprimand is deemed the appropriate penalty.”

Marcus Ericsson was also reprimanded for cutting the white line at pit entry while being overtaken by Ricciardo.

“[Ericsson] claimed that the proximity of car three [Ricciardo] caused a loss of downforce, which in turn resulted in him oversteering over the white line at the entry to the pit lane,” noted the stewards. “The probability of this being the case was confirmed by the chief engineer of Red Bull Racing.”

“Notwithstanding this, the stewards are of the view that the driver of car nine, knowing that car three was behind on a quick lap, should have reduced his speed earlier and allowed car three to pass prior to the apex of the corner near the pit entry.”