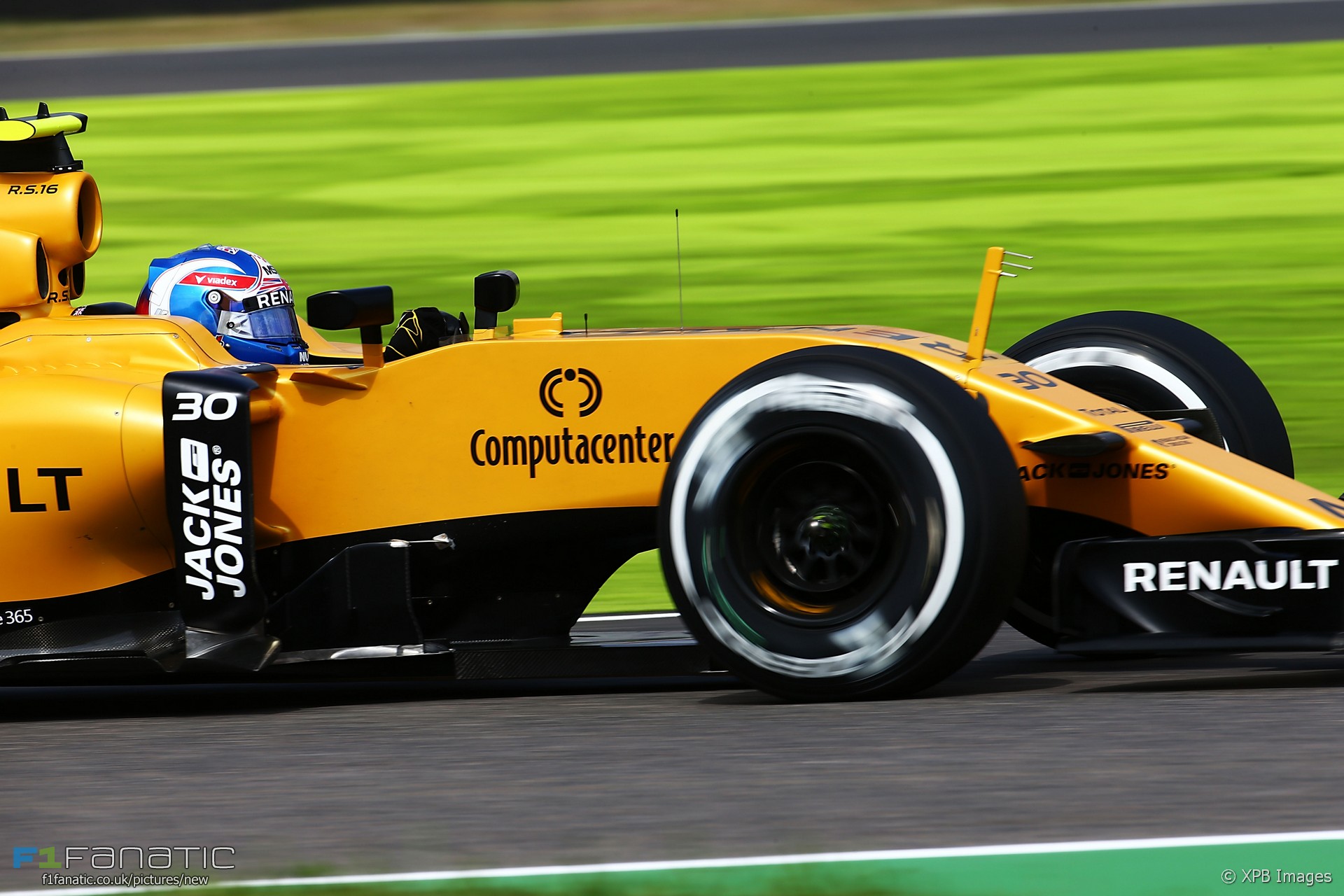 Jolyon Palmer said his Japanese Grand Prix qualifying result could have been even better despite making it into Q2.

Palmer was the only Renault driver to proceed beyond the first phase of qualifying. “On the one hand I’m quite pleased,” he said. “I think we did well to get into Q2.”

Both Renaults featured in the top ten during final practice but struggled for grip in qualifying. Kevin Magnussen failed to make it into Q2 and although Palmer made it through he only qualified 16th.

Palmer’s final run was compromised by Carlos Sainz Jnr’s spin at Spoon. “Unfortunately I had a yellow flag on my final lap in the session,” he said, “that probably cost a couple of tenths, which would have put me 12th or 13th so that’s a little bit disappointing.”

Having scored his first top ten finish last weekend, Palmer is aiming for a repeat tomorrow.

“We started 19th and scored a point last weekend in Malaysia, so there is definitely a chance to do the same tomorrow,” he said. “We’re looking similarly competitive, the race will be long and tyre strategy will play a hand. There are a lot of similarities to the last time out so we’ll keep pushing and see what happens.”