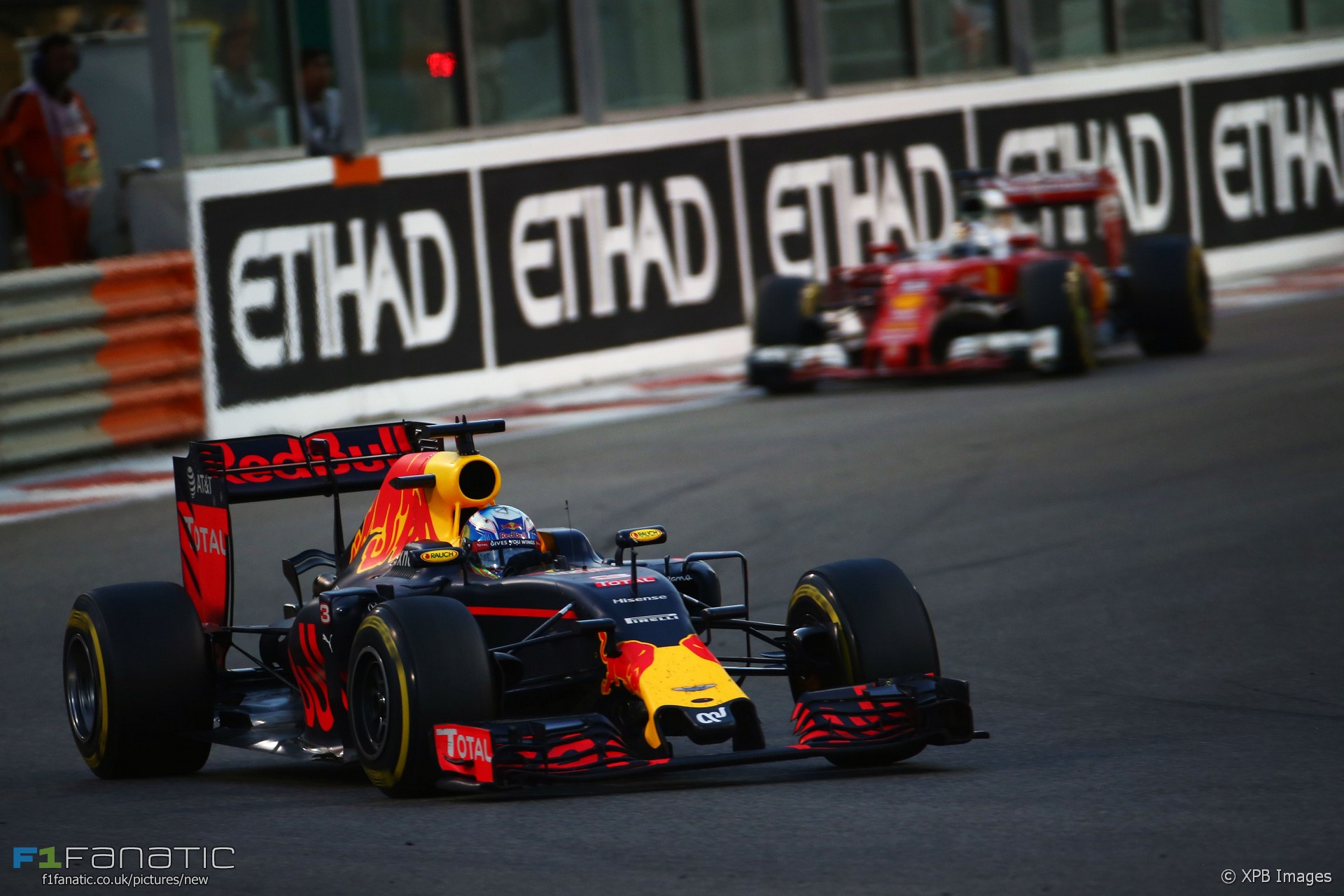 Daniel Ricciardo regretted the decision to stick with a two-stop strategy after being leapfrogged by team mate Max Verstappen in Abu Dhabi.

With race leader Lewis Hamilton restricting the pace at the front of the field, less conservative strategies became viable options for those behind. In retrospect Red Bull appear to have slipped up by choosing to pit Ricciardo on lap ten when his team mate further back was holding up the Ferraris.

“I think we should have just gone long and one-stopped but in hindsight it’s always easy to say,” Ricciardo conceded.

That early pit stop forced Ricciardo to stick to a two-stop strategy which dropped him behind his team mate.

“I saw Max [Verstappen] spin in mirrors in turn turn so I thought he was out of the race,” said Ricciardo, “and then he does a one-stop and fights for the podium so he did well.”

“I just feel we hurt with the two-stop strategy as the super-soft was a good tyre today.”