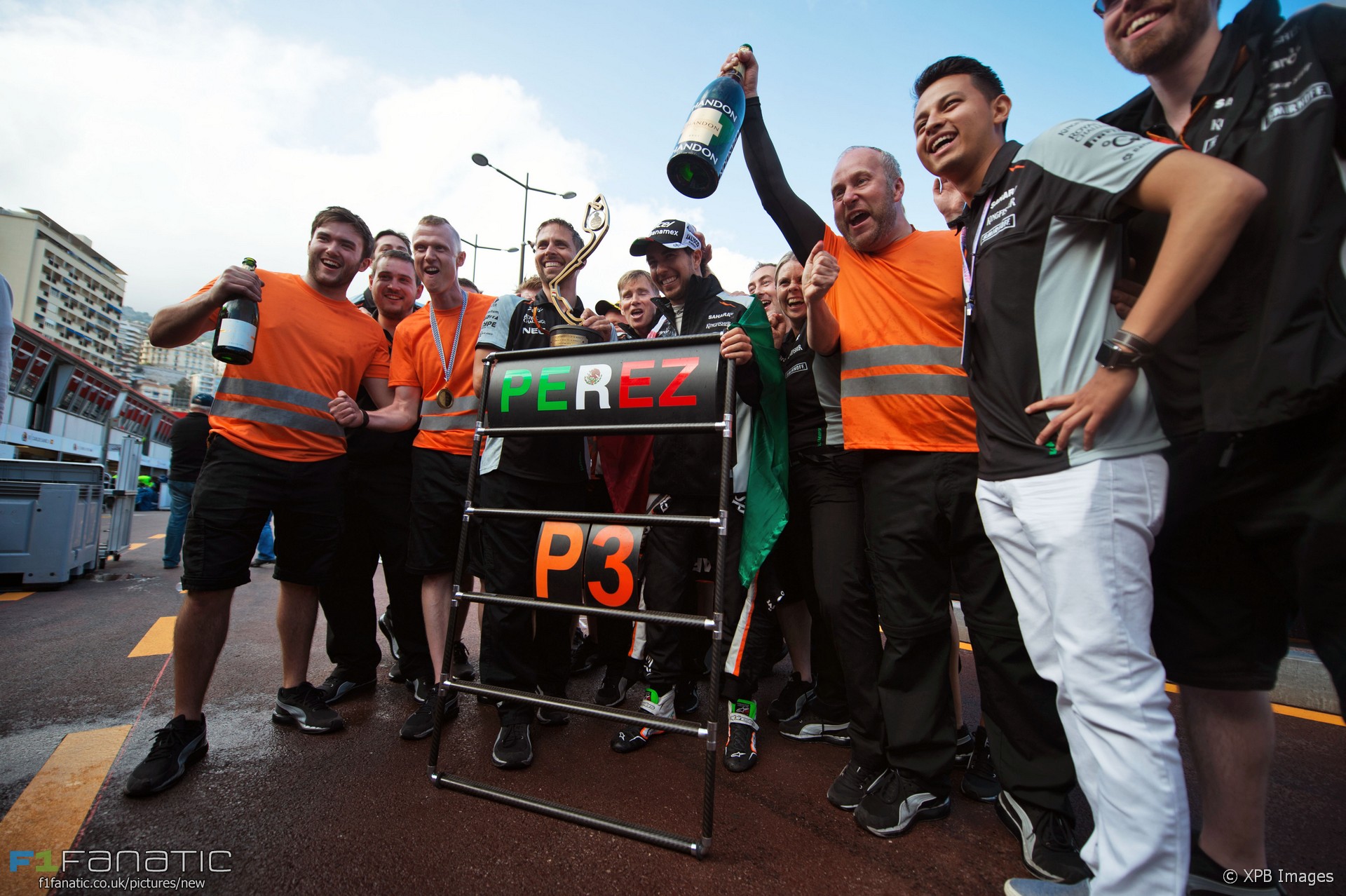 In 2016 Force India reaped the benefit of the decision taken at the end of 2014 to use the former Toyota F1 wind tunnel in Cologne for development rather than the facilities at its own factory.

As the team does not have the budget of teams aligned to major car manufacturers or energy drinks brands its budget has to be spent more carefully. It has used the Toyota hardware to superb effect, pursuing a distinctive and unique solution to F1’s nose regulations which was first introduced in mid-2015.

The VJM09 raced by the team this year was a clear development of that concept. After a tentative start to the season an upgrade introduced at the Spanish Grand Prix proved the key to their season.

At first the new parts seemed to leave them lagging behind the front of the midfield, but once Force India cracked the set-up the car was a regular in Q3 and took some major points hauls.

Their biggest paydays came in Monaco and Baku where Sergio Perez added two more podiums to his collection. There could have been more had Nico Hulkenberg not spun in qualifying in Baku or picked up a puncture in Brazil.

The team’s solid driver pairing piled on the points in the second half of the season, reeling in and then overhauling the Williams pair. A best-ever finish of fourth in the constructors’ championship was sealed at the final race of the year.

Team CEO Otmar Szanfauer said the result had been a long time in the making. “The building blocks have been put in place for the last five or six years, it’s not something that happens overnight.”

“There’s a lot that goes in it: good decision-making; having the right tools and the right people, having the right engine partner – thanks for that, Toto – but also understanding the tyres, aerodynamically efficient car. You’ve got to do all those things and then the performance comes. Not to mention two good drivers.”

While the team has said it would need to boost its budget by a nine-figure sum in order to take on the top three, deputy team principal Bob Fernley is optimistic that fourth does not represent the limit of what they can achieved.

“What is exciting for us for 2017 is that it’s the first time we are on a reasonably level playing field,” he said. “We’re not quite the same as the big teams, the big manufacturing teams, but you’ve got restricted aero programmes, it’s the first new generation car that we will do using a 60% model and I think we’ve shown already this year what we can do once we moved up to 60%, so I’m very optimistic that the team will be very competitive in 2017.”

The team will feel the loss of Hulkenberg next year – lured away by the appeal of driving for manufacturers Renault. But in Esteban Ocon they have one of the most exciting of the new crop of rookies on their hands. The only blot on their horizon is the question mark posed by co-owner Vijay Mallya’s growing legal predicament.

20 comments on “Have Force India peaked with another best-ever season?”