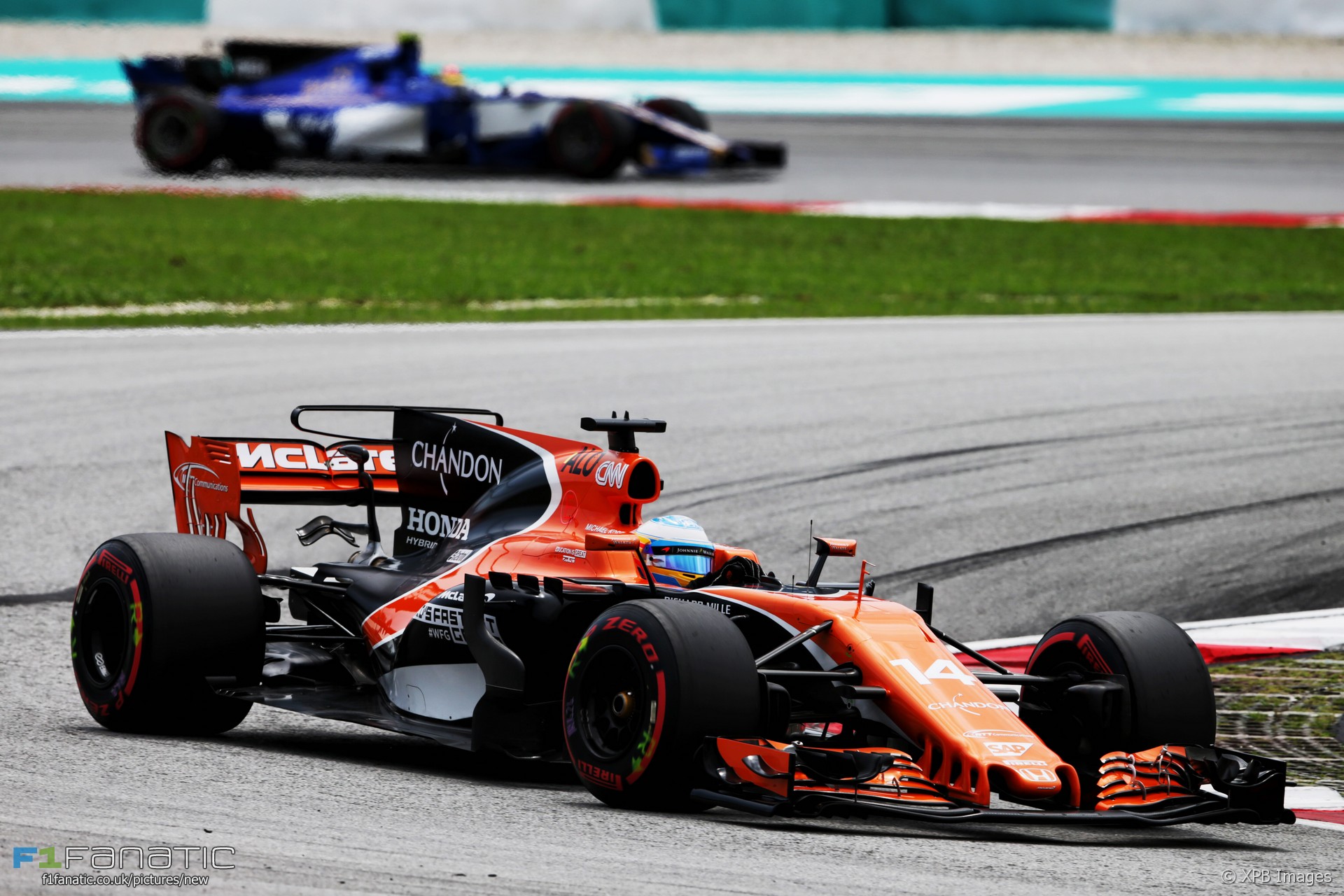 Sebastian Vettel will have no difficulty getting past the McLarens despite starting from last place, Fernando Alonso predicted.

Alonso qualified tenth for tomorrow’s race and laughed off questions about whether he might be able to stay in front of Vettel, who will line up ten places further back.

“No it’s going to be nearly impossible,” said Alonso. “We saw some races of Sebastian starting last in the last year, I don’t know where, and he finished fifth I remember. So I think that’s too much of a target for us.”

Both McLarens reached Q3 in Malaysia but Alonso is concerned they will be less competitive in the grand prix.

“I think it’s going to be tough,” he said. “The race pace we know is not as strong as in qualifying sometimes. So we probably struggle a little bit more tomorrow.”

“But we’ll see. Maybe some rain coming and that will improve things for us, probably.”

Alonso also questioned whether the floor upgrade which was introduced on his car yesterday had been as significant a step forward as the team had claimed.

“It didn’t [help] today. Yesterday they were OK and we made public that very clear. Maybe today we need to un-public something.”

Stoffel Vandoorne echoed his team mate’s view that the team may be less competitive in the race but said he was pleased with his seventh place on the grid.

“Everything came more or less together for us,” said Vandoorne. “Qualifying seventh today is as good as it gets for us around a circuit like this.”