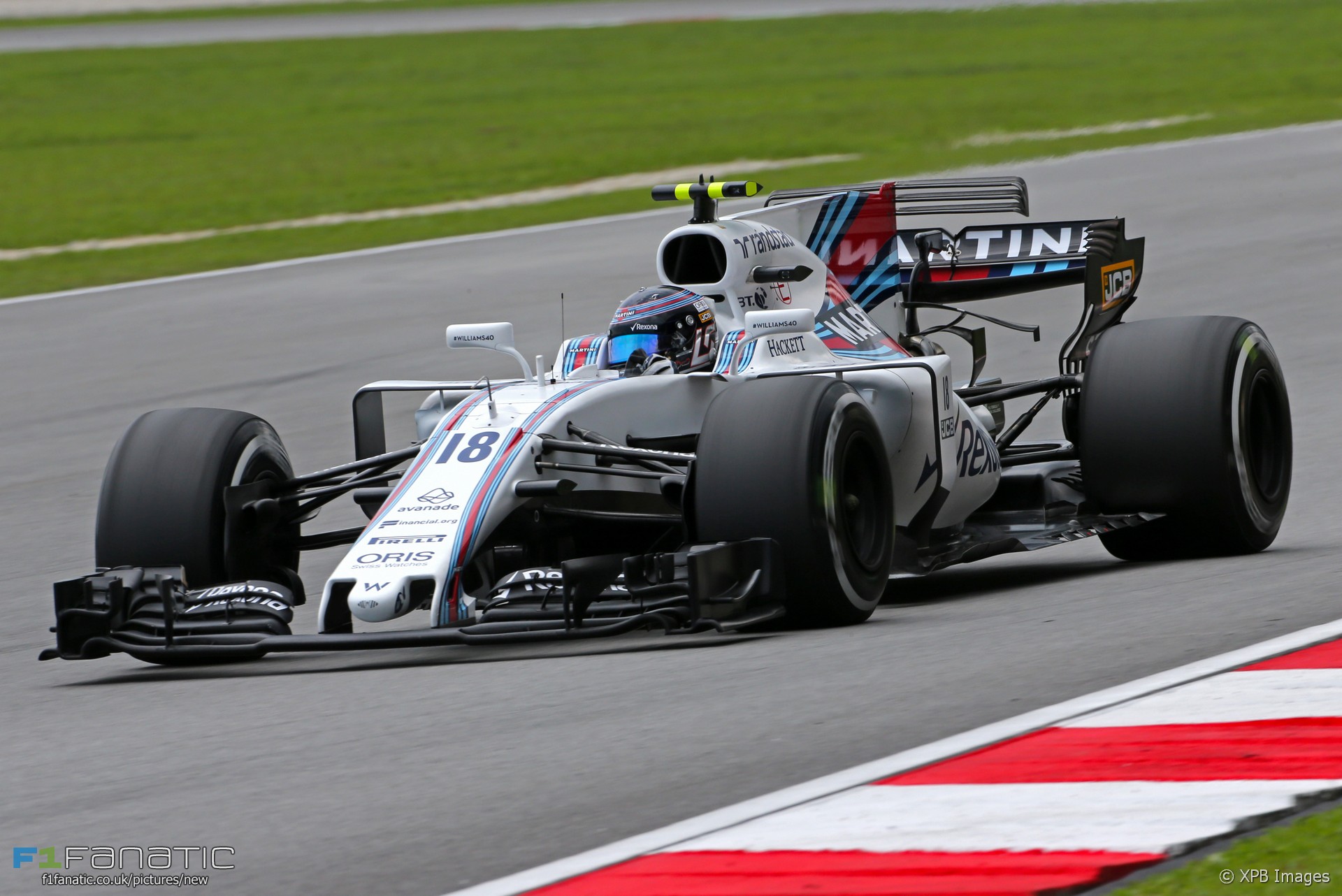 Sebastian Vettel and Lance Stroll have both escaped penalties for their collision on the slowing down lap at the Malaysian Grand Prix.

The pair made contact at turn seven which tore the left-rear wheel off Vettel’s Ferrari.

However the stewards ruled neither was responsible for the collision after reviewing video evidence.

“On the approach to turn five during the slow down lap after the end of the race, car 18 (Stroll) was towards the middle of the track, car 8 (Romain Grosjean) was closing from behind on the inside of car 18 and at the same time, car five (Vettel) overtook car 18 on the outside and in doing so, turned in slightly towards the apex of turn five,” the stewards explained. “Simultaneously car 18 was moving slight away from the apex. This resulted in contact between the left rear tyre of car 5 and the right front tyre of car 18.”

“The stewards consider that no driver was wholly or predominantly to blame for the incident and will therefore take no further action.”

“The stewards also consider that even though the race has ended, caution still needs to be exercised by all drivers on the slow down lap.”