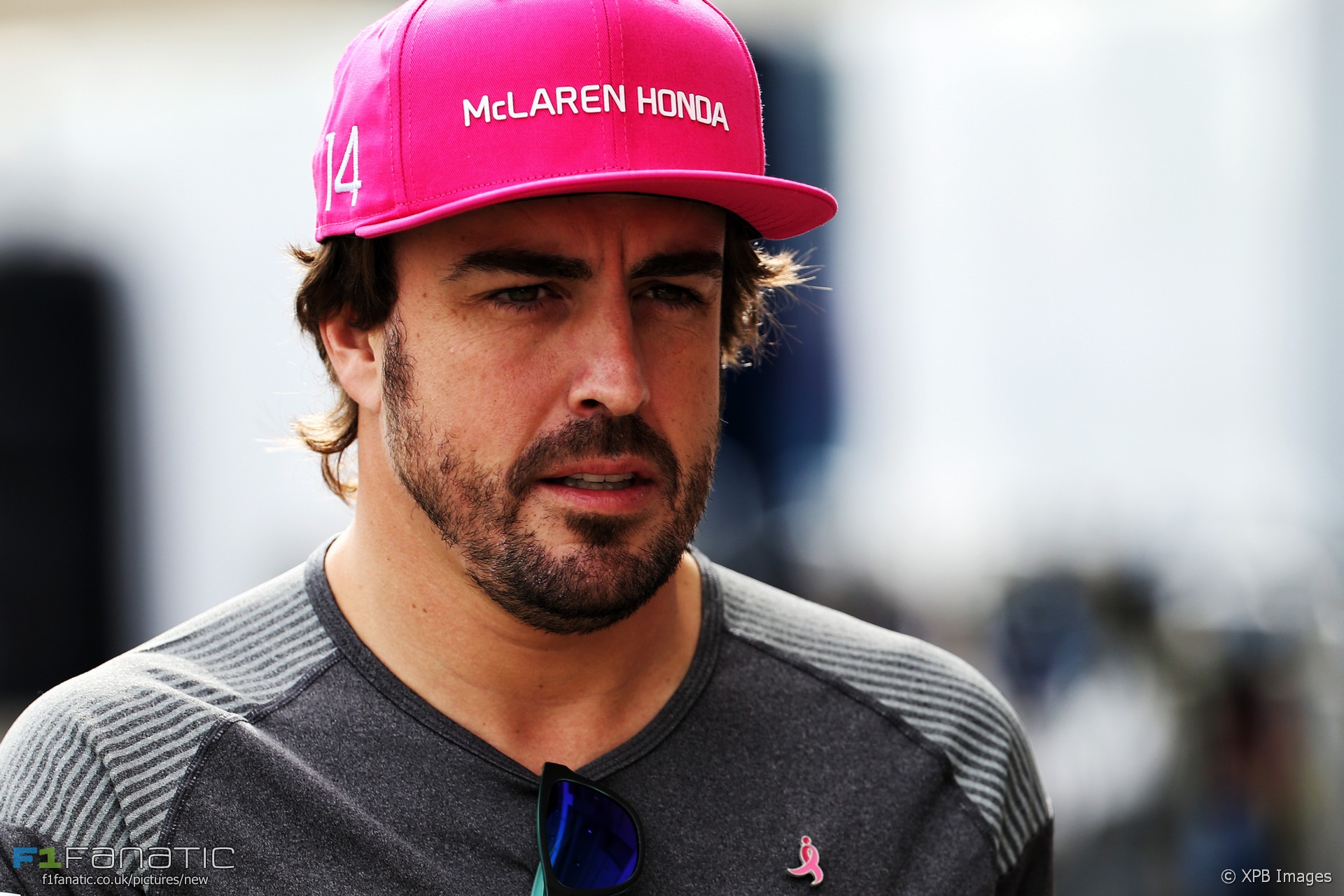 Fernando Alonso confirmed his new deal to drive for McLaren extends beyond next season and means he won’t return to the Indianapolis 500 in 2018.

Asked about the length of his new contract during today’s FIA press conference Alonso said “we don’t talk much about contracts but it’s not one-year.”

Alonso wouldn’t be drawn on exactly how long his new deal is. “We have enough to do for next year to put McLaren at the top of the grid and that’s the first priority right now,” he said.

“On my personal side there are no other priorities than Formula One at the moment. But with a door open for different series and different goals.”

“I always believe that you need to win in other series if you want to be a more complete driver and better driver.”

Driving in the Indianapolis 500 “opened the eyes a little bit”, Alonso admitted, but said he won’t be back again next year.

“Obviously now with the new McLaren deal for next year I can confirm that I won’t be in the Indy 500 next year because the Monaco Grand Prix is the same weekend and the priority next year will be to perform well in Formula one.”

“Formula One is just one more series in motorsport,” he added. “It’s a fantastic series, we are all very proud to be Formula One drivers and we dream from a very early age to become Formula One drivers. But there are other motor sport series that are as good and as fun as this one. That was a good discovery for me.”

Alonso said the relaxed atmosphere of racing in IndyCar is one thing Formula One needs to emulate to win over more fans in America.

“The races here I think are much more unpredictable what the result can be on Sundays,” he added. “That is quite attractive from a fan point of view.”

“In Formula One we know the starting grid on Sunday, we can write a paper now and sign and we will maybe miss one or two positions maximum. That’s the worst thing that we have. Hopefully we can change that.”