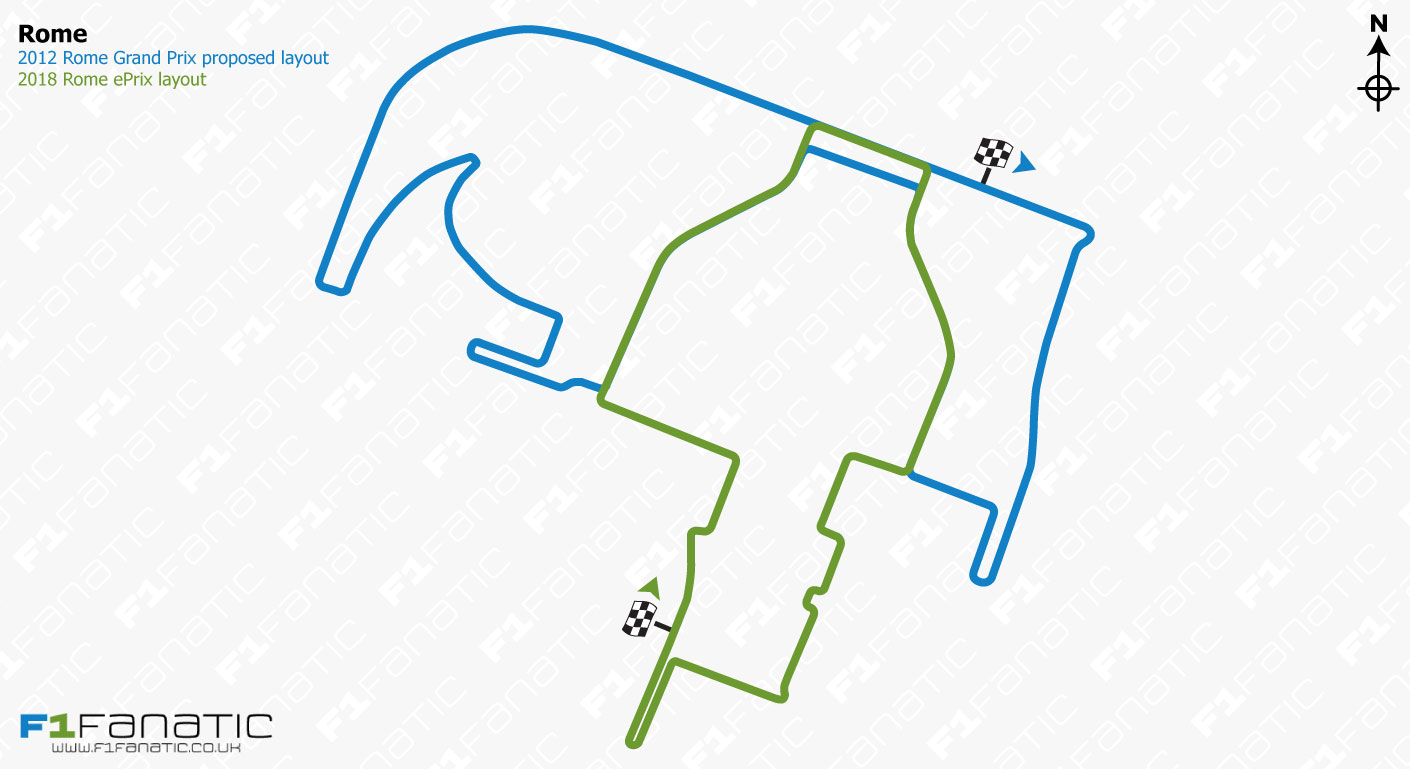 Formula E will race on a street track in Rome next year which was previously the site of an abandoned project to hold a Formula One grand prix.

As the graphic about shows, parts of the circuit which will hold the Formula E Rome ePrix are shared with the unused layout intended for the 2012 Rome Grand Prix. Several different plans for an F1 track in Rome were put forward before the proposal was shelved.

Formula E’s race will take place in the EUR financial district which would have hosted the Rome Grand Prix. The 2.85-kilometre Circuto Cittadino dell’EUR will be the second-longest track Formula E has raced on. The unused F1 track measured 4.8 kilometres.

The founder and CEO of Formula E Alejandro Agag claimed the race will “engage and entertain the Roman citizens as well as create a number of benefits for the city.” The circuit “looks long and challenging for the drivers”, he added.

The track will hold the seventh race of Formula E’s 14-round 2017-18 season. It will be the championship’s first event in Italy.

Rome’s mayor Virginia Raggi said the city “will benefit from a positive economic impact as other major cities in Europe and around the world have experienced.”

“Formula E will bring investments and benefits to the city with its legacy programme, such as new streets and electric charging stations,” she added. “Our desire is to see more and more vehicles powered by clean energy circulating in Rome, because for our administration – sustainable mobility and safeguarding the environment are extremely important objectives.”