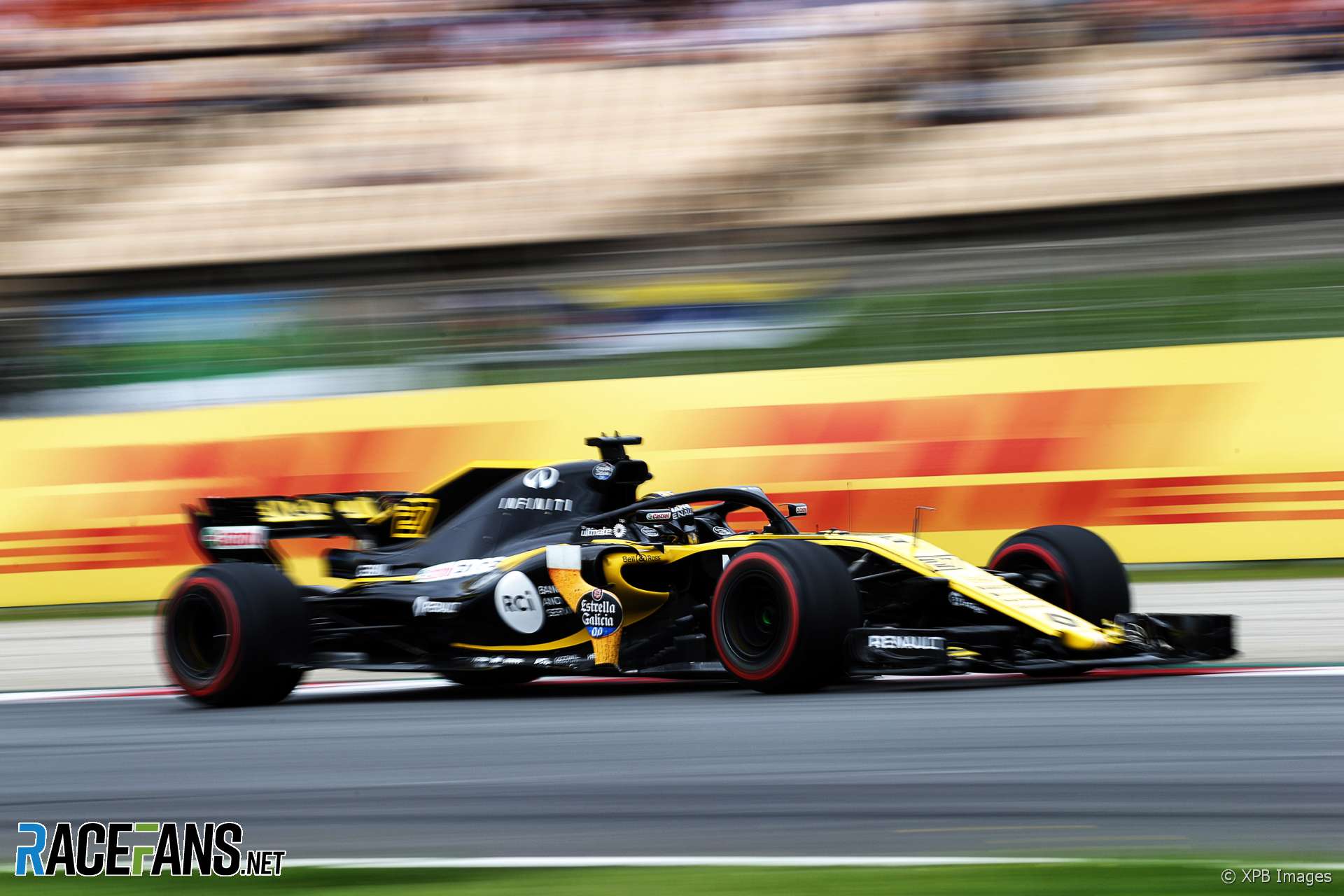 Nico Hulkenberg was heavily compromised by a fuel system problem in qualifying for the Spanish Grand Prix, leading to his being eliminated from Q1 for the first time in three years.

The Renault driver was forced to abandon his first flying lap in Q1 after suffering inconsistent power. But despite getting back out before the end of the session, Hulkenberg was unable to set a fast enough time to make it into Q2 and will line up 16th for tomorrow’s Spanish Grand Prix.

“We had some problems with the fuel system causing the pressure to drop which impacted on power delivery,” Hulkenberg explains.

“This was very unexpected and we’ll be looking into why it’s happened. It will make our day tomorrow more difficult as we know overtaking is very tough around here. We’ll have to work out a strategy and hopefully come through it. We’re still aiming to clinch points. We’ll try our best and race hard.”

Team radio from qualifying reveals that Renault were aware of a potential fuel pressure issue on Hulkenberg’s car.

Hulkenberg: “In big trouble now. Stopping.”
Renault: “Try swinging the car side to side. Pressure is back.”
Hulkenberg: “Shall we go back to scenario seven?”
Renault: “Nico try to do a timed lap next lap.”
Hulkenberg: “Stuck again. Same again buddy.”
Renault: “We’ll box this lap, Nico. Watch out for Verstappen, he’s three seconds behind.”

The result marked the first time since the 2015 Spanish Grand Prix that Hulkenberg had failed to progress beyond the opening round of qualifying.