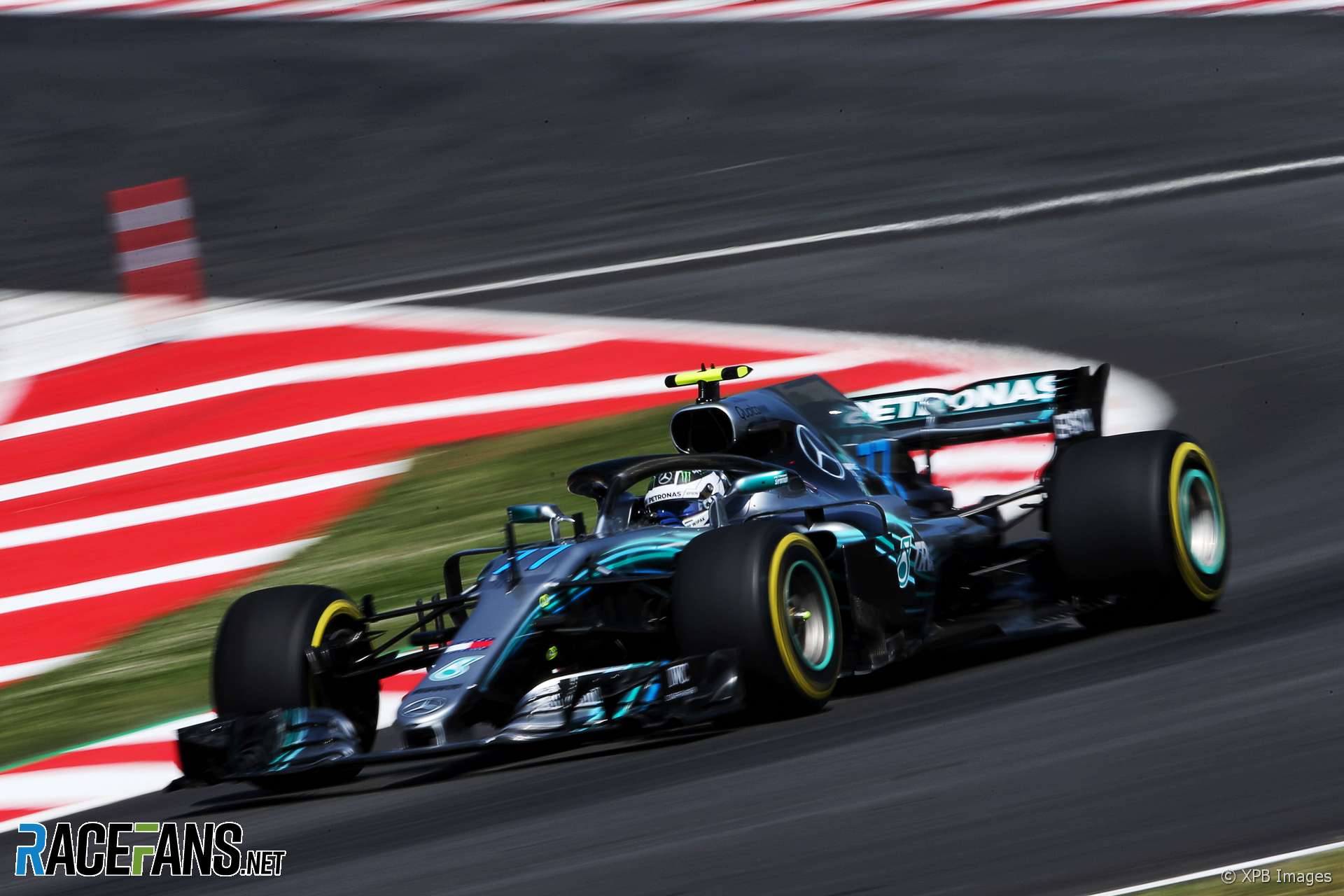 F1’s official tyre supplier has reduced the tread depth on its tyres for this weekend. Sebastian Vettel said on Thursday the change had been made “because Pirelli reacted to the issues Mercedes had and Red Bull had in testing.”

Wolff dismissed the claims as “rubbish” when asked about them on Saturday and said Ferrari had experienced the same problems with the tyres in testing.

“All teams have blistering, very heavy blistering at the test in Barcelona. Red Bull, Ferrari, ourselves. McLaren I think I have seen also.

“So I don’t know where suddenly this rumour comes out that we’ve been influencing Pirelli and the FIA to change any tyres. I have never seen anything work like that. Why should they do it?”

Mercedes swept the front row of the grid for the first time this year in qualifying for the race. Wolff said the team’s improved performance was down to them understanding the car and tyres better, rather than because of the new parts they’d added to the car.

“Every team brought upgrades but in Formula One there is no such thing as you put an upgrade on the car and it goes half a second quicker. If somebody says that they have no clue. It’s about adding marginal gains onto the car that make them work. I don’t think we have made a step change that suddenly the car is transformed.

“We just had the car and the tyres in the right window today and we need to replicate that for the next races. It’s not about bolting aero parts on the car and suddenly changing the behaviour.”