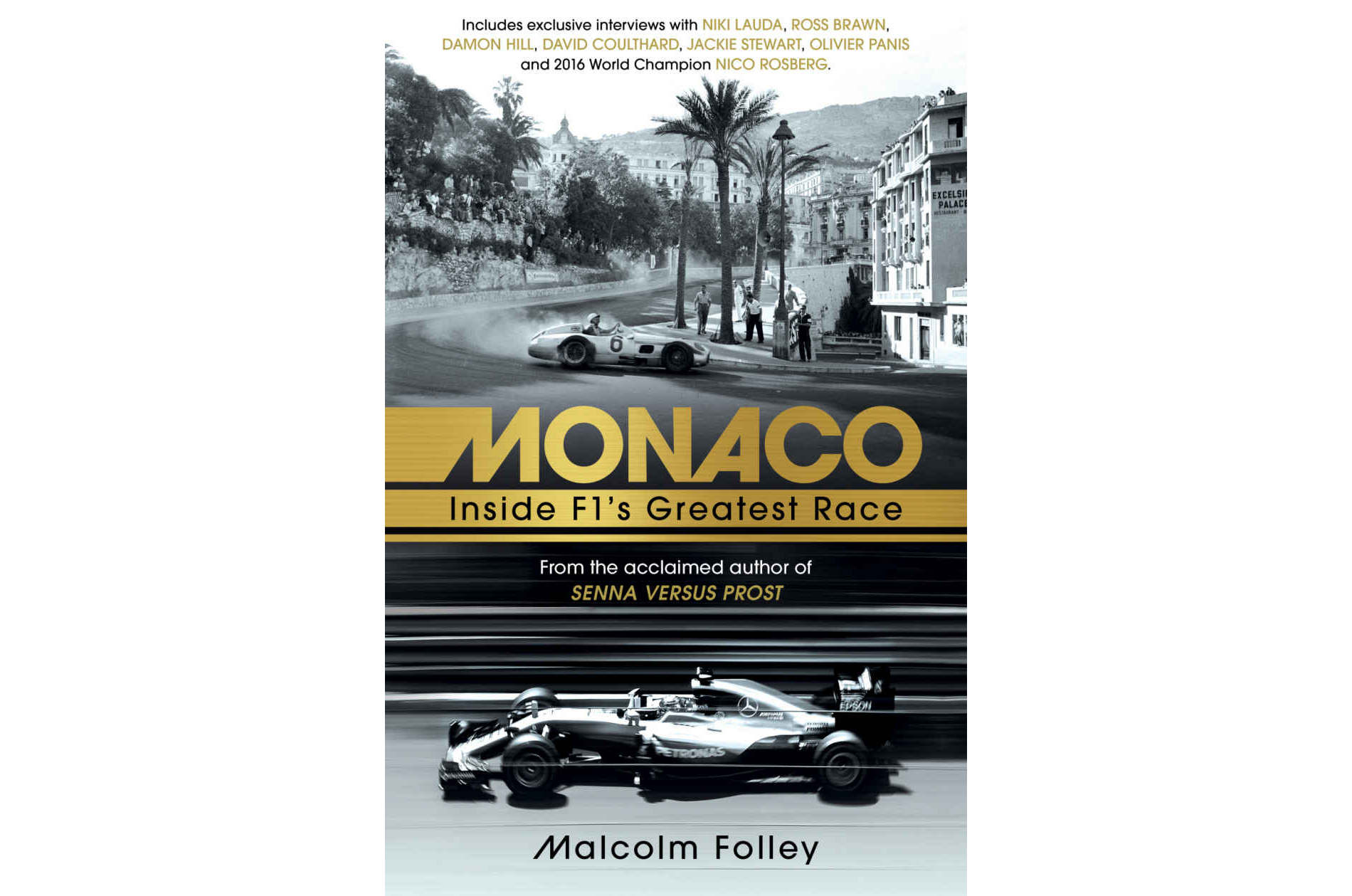 The Monaco Grand Prix is indisputably Formula One’s showpiece event, and the dash around the principality’s streets remains a calendar highlight.

However, you can be certain of one thing – the Monaco Grand Prix doesn’t suffer from under-exposure. The race is exhaustively marketed, and as any holiday maker to the south of France will tell you there is no shortage of product, most of it pricy and unsatisfying.

Therefore, I approached Malcom Folley’s Monaco with a level of trepidation; expecting a perfunctory and insight-light rattle through the race’s history. I’m glad to report the book is much better than that (not least because it is printed on lovely paper).

For a newcomer to the sport there are far worse places to start as a Monaco primer, with all the main events from the 1980’s extensively covered. The prose is pacy, punchy, concise and readable. The more dedicated fans however will be very familiar with most of the events described, but then again it is not as if there is a ‘lost’ Monaco GP to be discovered.

Even for the been there, done that, got dodgy downloads of every TV broadcast brigade there are quite a few insights peppered throughout; for example I was unaware of the animosity between Damon Hill and David Coulthard at Williams in 1994.

There are some quirks; Olivier Panis is a central character, one suspects as much because of his willingness to give a lengthy interview as the importance of his 1996 triumph. Indeed the narrative does skew towards races where the author’s interviewees were prominent.

The detour into a sweep of the 1994 season is both a bizarre change of direction, but also one of the best passages. It’s almost as if that particular topic was nixed by the publisher, although based on what’s included here it would make an excellent book.

Some of the behind the scenes sections are frustratingly brief, the insights from the photographers, travel agents, journalists easily matching some of the driver contributions. I was also frustrated by some of the omissions – the fifties and seventies are almost entirely absent from proceedings, although I am almost certainly alone in wanting 10 pages on Jean Pierre Beltoise’s 1973 victory in the wet.

Is Monaco an essential addition to the bookshelves of all F1 fans? Probably not, but it is certainly more than just a cuttings job, and serves as very good overview (especially of the modern era) of the most famous F1 race.

More importantly, when it hits gear this book is great; I made frequent pauses to reach for the relevant DVD, and you can’t ask for much more than that.