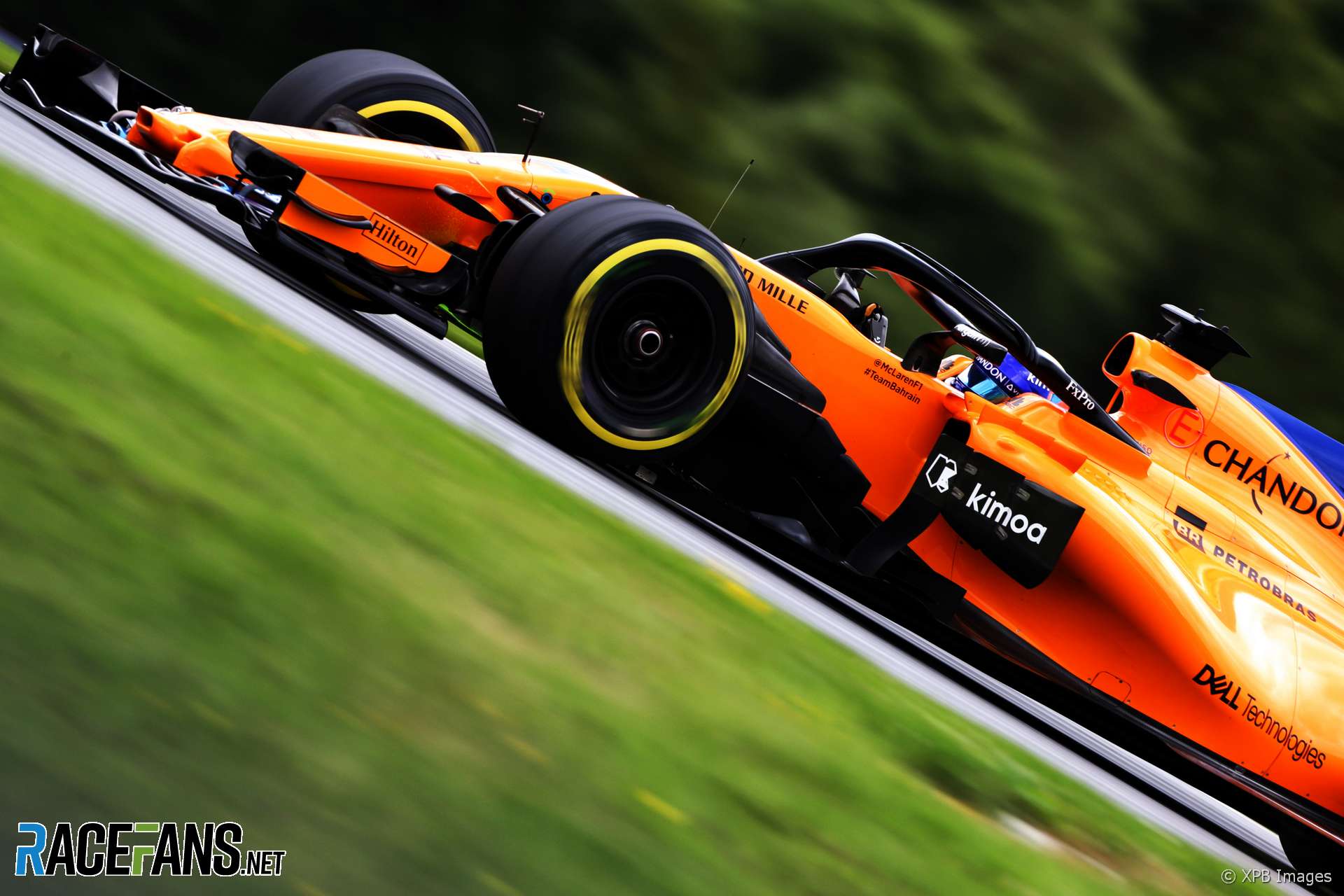 Fernando Alonso will start the Austrian Grand Prix from the pit lane instead of 13th on grid as the team had to fit a different specification of front wing to replace the one he broke in qualifying.

Alonso damaged his front wing when he went off while trying to take the final corner flat-out on his last run in qualifying.

The team is also fitting a new MGU-K is being fitted to Alonso’s MCL33. This would have incurred a 10-place grid penalty, but as the replacement front wing is of a new specification, the rules require him to start from the pits.

“A 10-place grid penalty would have been applied in accordance with Articles 23.3 a) and 23.3 b) for the third MGU-K,” the stewards noted.

“However, as the front wing and pitot static tube have also been changed and these parts are different from those originally used in qualifying, the competitor is required to start from the pit lane and should follow the procedures laid out in Article 36.2 of the FIA Formula One Sporting Regulations.”

Alonso had a new turbo fitted to his car yesterday which is the third of the season so far. If he takes any further new turbos he will receive a grid penalty.

McLaren racing director Eric Boullier said yesterday the team may make a tactical decision to fit a fourth turbo in the future.

“We will see,” he said. “The plan is to work within the regulation and three power units. Strategically, we might introduce a fourth one. It’s not decided yet.”