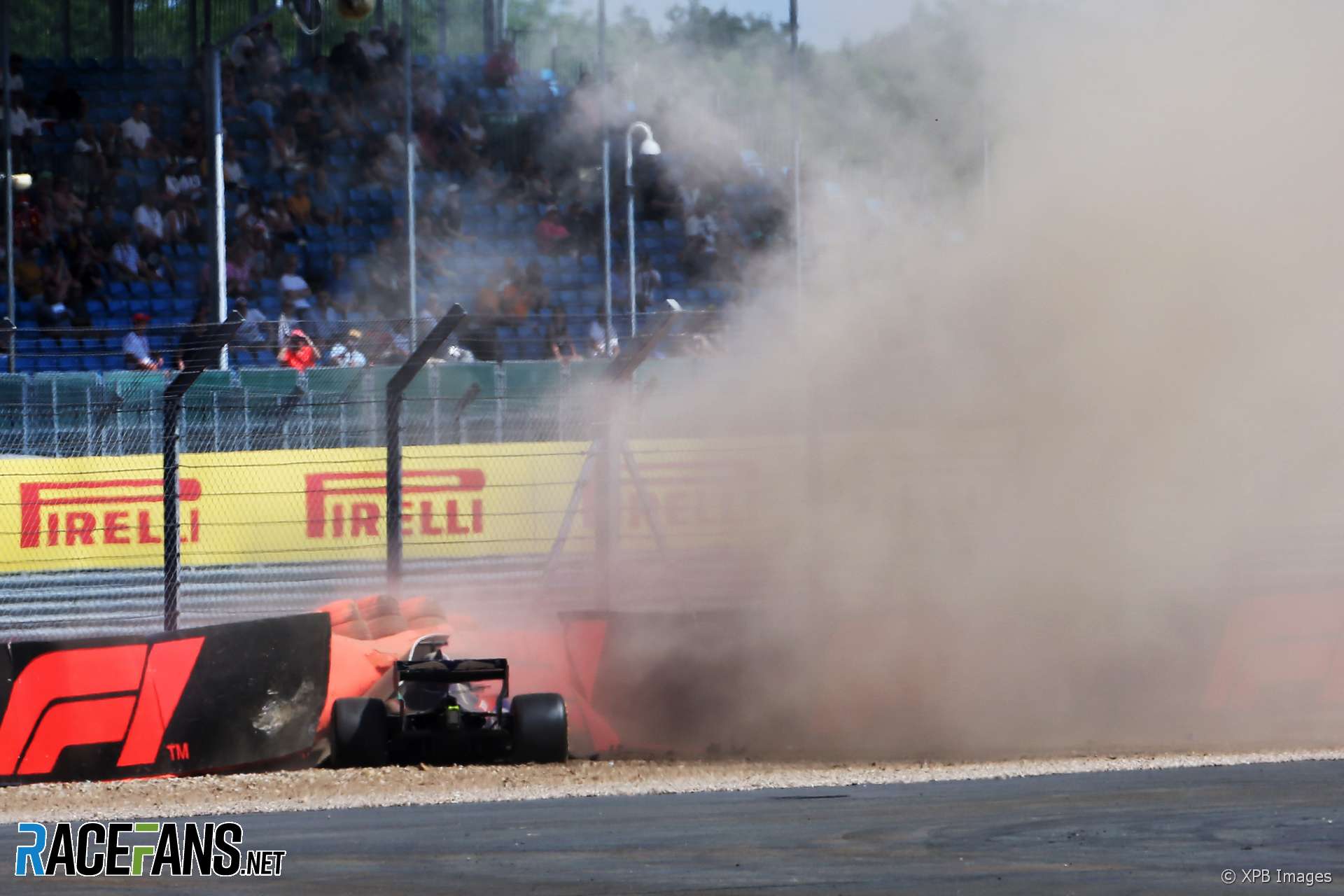 Brendon Hartley says his suspension failure during practice reminded him of Sebastien Buemi’s similar crash in China eight years ago.

The front-left suspension broke on Hartley’s car as he approached Brooklands during final practice. He crashed heavily and was unable to take part in qualifying.

Hartley admitted he was reminded of Buemi’s double suspension failure during practice at the Shanghai International Circuit in 2010.

“It did cross my mind actually,” said Hartley in response to a question from RaceFans. “It’s funny how things slow down when you’re going towards a wall.”

Hartley added he’d discussed the crash with Buemi, his former World Endurance Championship rival. “I’ve watched it many times. I remember it quite well watching it on TV.”

Today’s similar failure happened instantaneously with no prior warning, said Hartley. “I didn’t hit any kerbs or there was no vibrations beforehand,” he explained.

The crash is the latest in a series of setbacks for Hartley. “I’m not really a believer in luck or superstition but, yeah, I’ve had a series of unfortunate events and not all have been my fault,” he said. “This was obviously completely out of my control. It’s frustrating.”