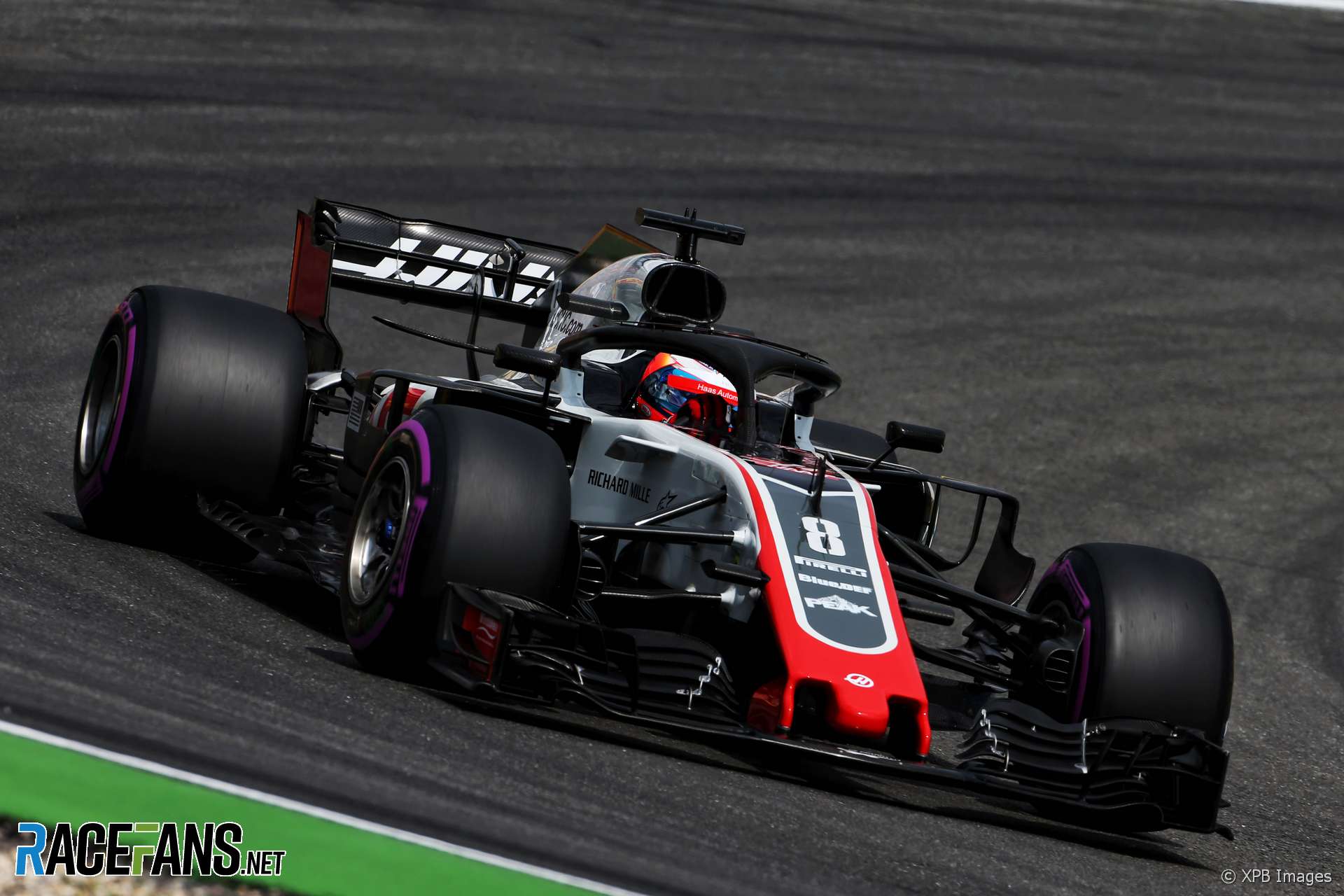 Romain Grosjean has said that it’s ‘easy’ for top team drivers like Ricciardo or Hamilton to recover places after penalisation or bad qualifying, saying there’s two different leagues of F1.

Asked whether he was hoping to hold Hamilton or Ricciardo, who qualified P14 and P15 respectively following a hydraulic failure for Hamilton and power unit usage penalties for Ricciardo, he said the cars were incomparable and that a top team drive ‘makes life easier.’

Speaking about Hamilton, Grosjean said “The way he came back in Silverstone… We’ve got F1 A and F1 B. He was eighth in Silverstone after nine or eight laps.

“Is that easy? For him it was. And at Silverstone – they’re two seconds faster in the race, what that means is even at a hard track to overtake you’ve got a good chance with a 1.2 seconds advantage or whatever.

“In the race they’ve got a big time advantage and it just makes their life easier. Same time, you never know but there’s quite a lot of straight line here and he’s got the choice of tyres as well, so he may do a different strategy.

“Ricciardo is a bit further away but again they’ve got a good car, they’ve got a lot of downforce, they’re going to use the slipstream in a straight line and have the downforce in the corners.”

The two Haas drivers were the ‘best of the rest’ behind the Ferraris and the remaining Red Bull of Verstappen and Mercedes of Bottas. Asked if he was happy accepting that the best possible drive would, on a normal day, see him starting seventh Grosjean said the most interesting fight was in the midfield:

“Well it’s quite cool actually. I think we are having good fun because it’s a tight battle with us, Renault, with Force India today and it’s quite fun, you know.

“It’s interesting and there’s a good game of trying to keep two sets of new tyres for Q3. Yes, I would like to start to race weekend thinking I could win the race but that’s not the case – I can be quite happy trying to be the best of the League B.”