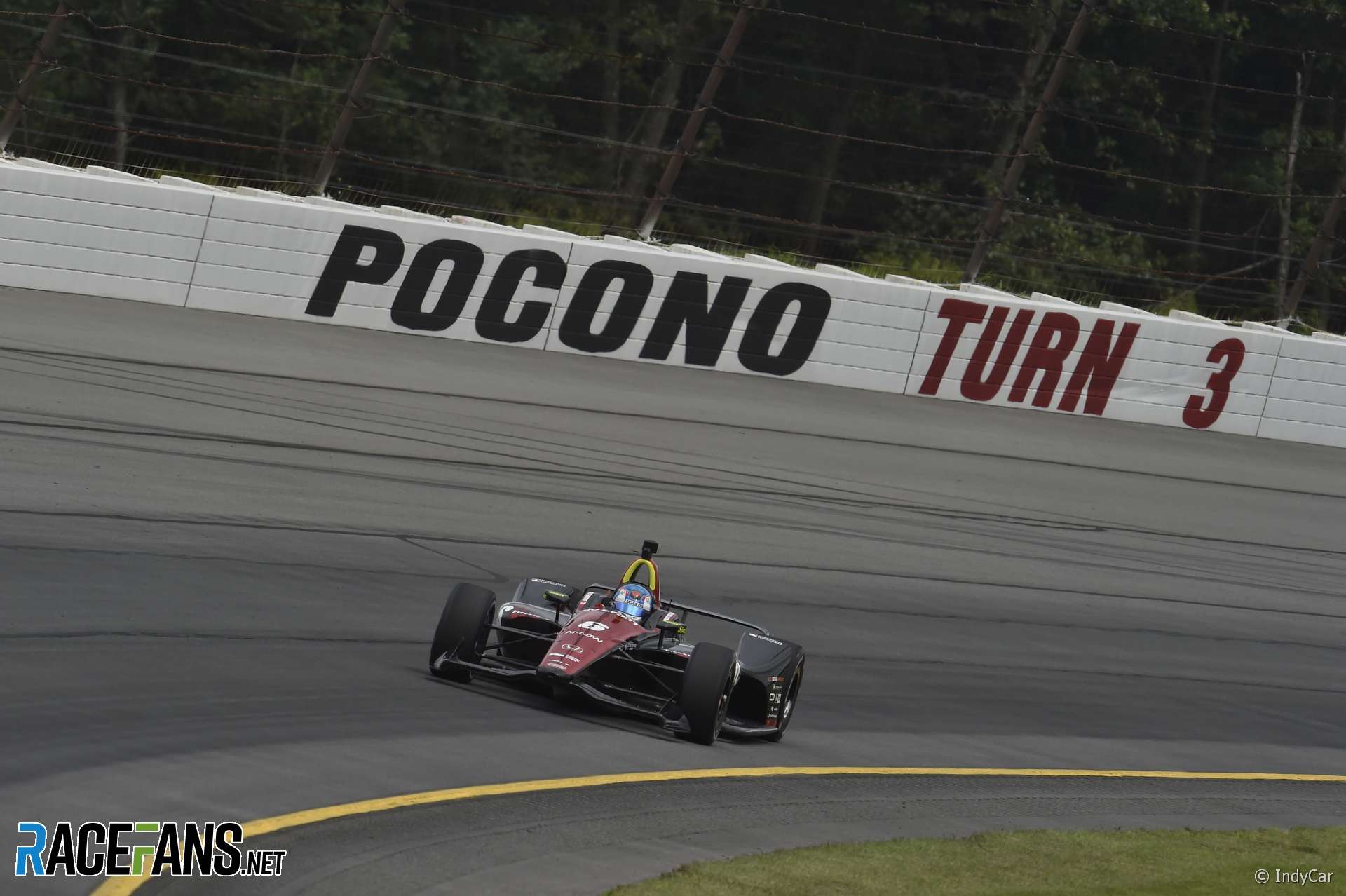 The IndyCar Pocono 500 has been red-flagged after eight laps following a serious crash which launched Robert Wickens’ car into a barrier.

The Schmidt Peterson driver made contact with Ryan Hunter-Reay and spun violently after it cleared the SAFER barrier and hit the fence behind the track.

The medical team were on the scene immediately after the crash. Hinchcliffe, Fittipaldi, Sato and Hunter-Reay climbed out of their cars. Hunter-Reay has visited and been released from the medical centre.

Wickens was taken from his car and placed in an ambulance. IndyCar’s vice-president of communications Curt Cavin has confirmed Wickens was “awake and alert” when he was brought to the medical centre and is being transferred to Lehigh Valley Hospital-Cedar Crest.

Wickens was competing in his 14th IndyCar race after joining the championship this year, and his first race at Pocono. He arrived at the round in sixth place in the series.