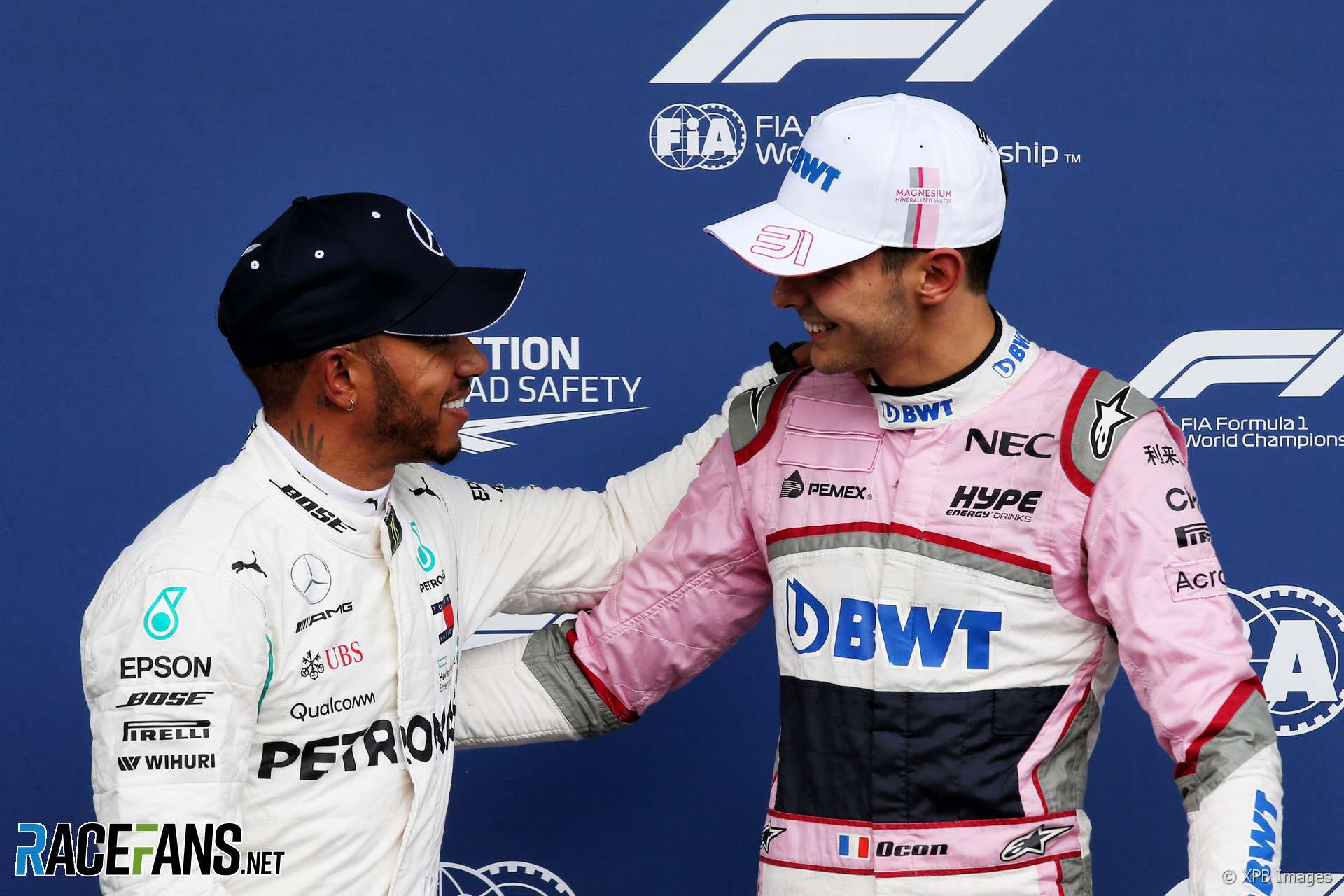 Lewis Hamilton expressed concern Esteban Ocon could lose his seat to a driver with greater financial backing despite the Force India driver qualifying a career-best third at Spa.

Ocon’s position at Force India is under threat as Lance Stroll is tipped to join the team his father has invested in. Speaking in the post-qualifying press conference alongside Ocon, Hamilton said the 21-year-old deserves a competitive seat.

“I’ve always been a supporter of Esteban’s,” said Hamilton. “I think how he conducts himself and how he performs on track is exceptional.

“Unfortunately we’re in a weird place in Formula One where you’ve got some teams that, rather than take a new up-and-coming kid, they’ll take whoever’s got the money. Which means the structure of the sport is probably wrong, and how the funds are distributed, or whatever it is.

“I also know, once Sebastian [Vettel] had signed, once I’d signed, things start to fall into place and you’ve got to be super-super quick and make sure you’ve got good management, so they’re sharp and make sure they do their diligence and they’re ready to quick-fire in the right direction. I’ve not read who’s signed where and what seats are available but he needs to be in a great car because he’s one of the top drivers here so I hope that opportunity is there for him.”

Ocon, a Mercedes junior driver, had been closing on a deal to drive for Renault next year but that fell apart after the team took the opportunity to sign Daniel Ricciardo. Mercedes team principal Toto Wolff said he is optimistic he about finding a place for Ocon.

“I have no doubt that Esteban Ocon will win races and compete for championships in the future,” he said. “We have seen the talent today again, and generally I must say that the performance of Force India and also Checo [Perez] is impressive.

“We thought [Ocon’s] future was clear around Budapest and it all changed within 48 hours. But it is how it is, it makes no sense to complain. I think Renault having secured Ricciardo has made a coup for the team in a positive way. It’s a no-brainer when you have a possibility of signing such a calibre of driver that you have to go for it.

“How things panned out was unfortunate for Esteban. We will continue to help him in finding a short-term solution for him to drive. There is a lot of interest out there and it’s just a matter of scanning the market in the next few days to choose the right option for him and for the team. But I’m very optimistic for his future.”

Hamilton, who has previously talked about helping young drivers make their way into Formula 1, said he isn’t sure what the sport can do to help promote talent such as Ocon.

“I’ve not put a lot of thought into what the sport can do about it. The best drivers need to be in the [right] car. You can’t let somebody who’s got more money leapfrog a better driver. It just shouldn’t happen.

“I think the governing body definitely has to somehow… it starts from the lower classes all the way up through Formula Four, Formula Three, Formula Two. Obviously there’s no space in my team, there’s no space in [Vettel’s] team, there was a space in Red Bull. There should be a shoot-out of some sort maybe. I don’t know what his options are. In some ways, I wish I was managing [him].”