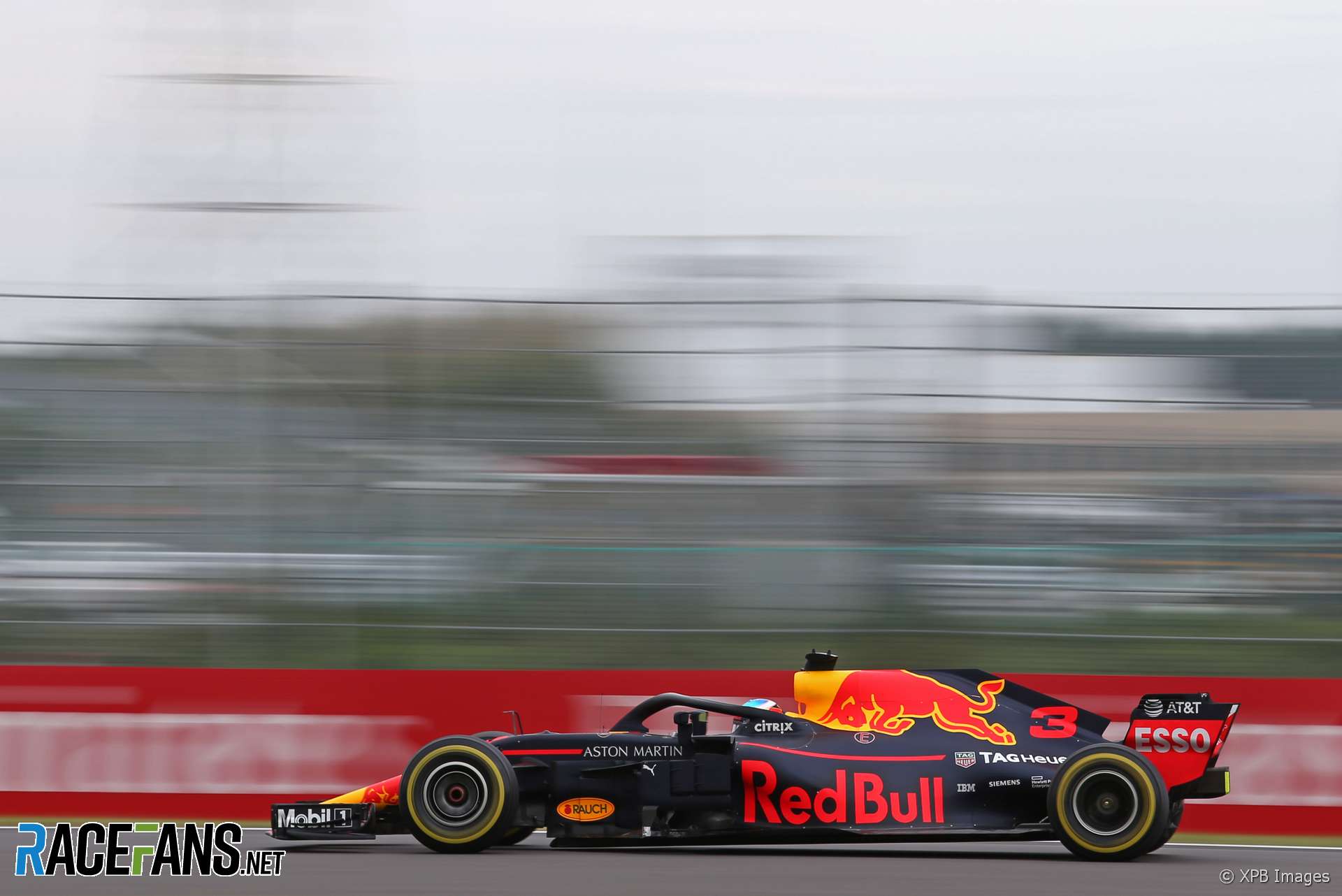 Daniel Ricciardo says he won’t have to take a further grid penalty despite the power unit failure which prevented him from reaching Q3.

The Red Bull driver qualified 15th for the race having been unable to set a time in Q2.

“The good news is I don’t have to take any penalties tomorrow,” he said. “It won’t get worse.

“It was a throttle actuator, basically it broke. As soon as I went on throttle I knew something was up. It sounded ugly. And then when we tried to start it up, one of the bits was broke. I would have preferred it happen in practice or something.”

However Ricciardo admitted he is concerned it will be difficult to make up places in the race from his compromised starting position.

“Once you get the start done you can hold pretty strong to your position here. I don’t know how fast Seb [Vettel] will get through the field. It’s not going to be easy coming through for him I don’t think. Although they do have awesome straight line speed.

“I’ll have better pace than the cars around me but I’m not going to be driving by them easily. I’d love to say I am but I think realistically it’s going to be a pretty long old race. I’ll do what I can but I’m not expecting it to be too crazy.”

5 comments on “Ricciardo to avoid penalty despite failure in qualifying”