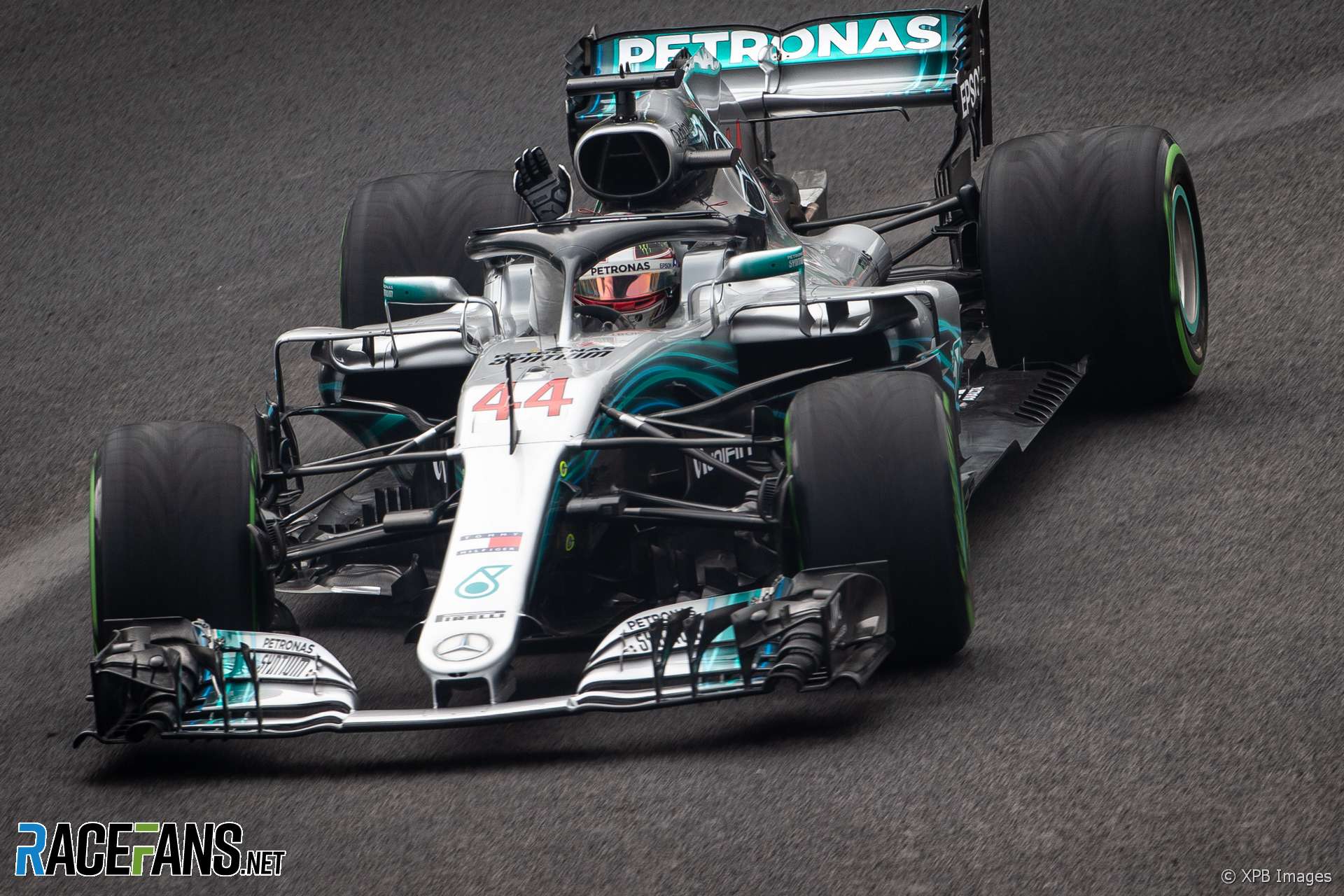 Red Bull may have locked out the front row of the grid for the Mexican Grand Prix but Mercedes has made more progress at this track in the last 12 months than the pace-setters.

The W09s lapped two seconds quicker than they did last year. Compared to their rivals, this is their best showing in terms of year-on-year lap time gain: only two other teams made greater progress.

The weekend began with Mercedes being told they could use a controversial rear wheel design intended to help with tyre temperature management.

Even so they were no match for last year’s winners Red Bull. Daniel Ricciardo, who set pole position, lowered Red Bull’s 2017 time by 1.7 seconds.

“Red Bull were really fast in the middle sector,” said Lewis Hamilton. “The Renault engine seems to be working well in the high altitude and so does their high-downforce package. I think they were probably in a league of their own today, so I’m happy to be as close as I am.”

Ferrari customers Sauber and Haas were the most-improved teams as they have been at the majority of races this year. Sauber posted the biggest gain of all, as they have at every race since the Monaco Grand Prix, a legacy of their switch from 2016-spec engines last year to current 2018 examples this year.

Haas again made the second-biggest step forwards, despite the fact neither of their drivers made it out of Q1, as they also failed to last year.

Yesterday the Ferrari factory team confirmed its suspicions from Austin that its latest upgrade had made the car slower, not faster, and so they are not running it.

Their cars one-and-a-half seconds faster than last year – a respectable gain, but less than their front-running rivals have made, which is reflected in Sebastian Vettel and Kimi Raikkonen lining up fourth and sixth respectively.