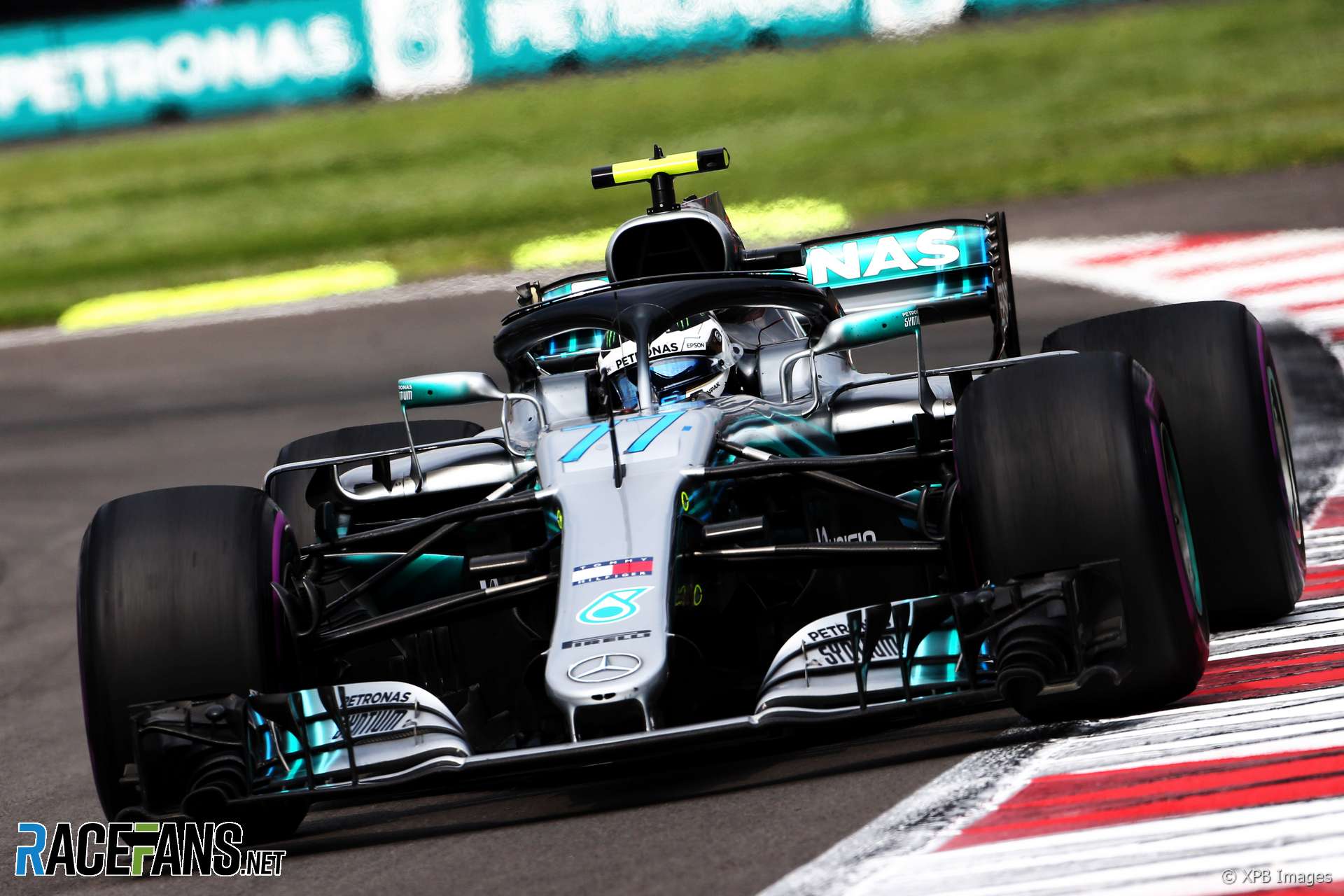 Mercedes’ severe tyre problems in Mexico were not down to the team’s decision not to use its new vented wheel rims according to team principal Toto Wolff.

The FIA stewards ruled ahead of the Mexican Grand Prix that the spacers it had added to its wheels were legal. However despite having used the rims earlier in the year, Mercedes decided for the second race in a row not to run them.

Both Lewis Hamilton and Valtteri Bottas struggled with their tyres yesterday, making two and three pit stops respectively as their tyres degraded rapidly. But Wolff said it “had nothing to do” with the decision not to use the new rear rims.

“The biggest problem today was the front-left,” he said. “It was nothing to do with it.”

“I have no explanation and we will be asking for an explanation because these swings are just… difficult.”

FIA race director Charlie Whiting believes Mercedes did not run the rims in the USA because they feared a possible protest from one of their rivals.

“They were acutely aware of the fact that Ferrari didn’t agree with our interpretation,” said Whiting in response to a question from RaceFans.

“Given the slight antagonism between the two this year they felt that they may be under threat from a protest and they felt that the comfort of knowing that [the technical department] think it’s legal wasn’t quite enough for them.”

Whiting suspects Mercedes’ decision not to use the rims in Mexico despite gaining the approval of the stewards was because they “just wanted to be super, super safe”.