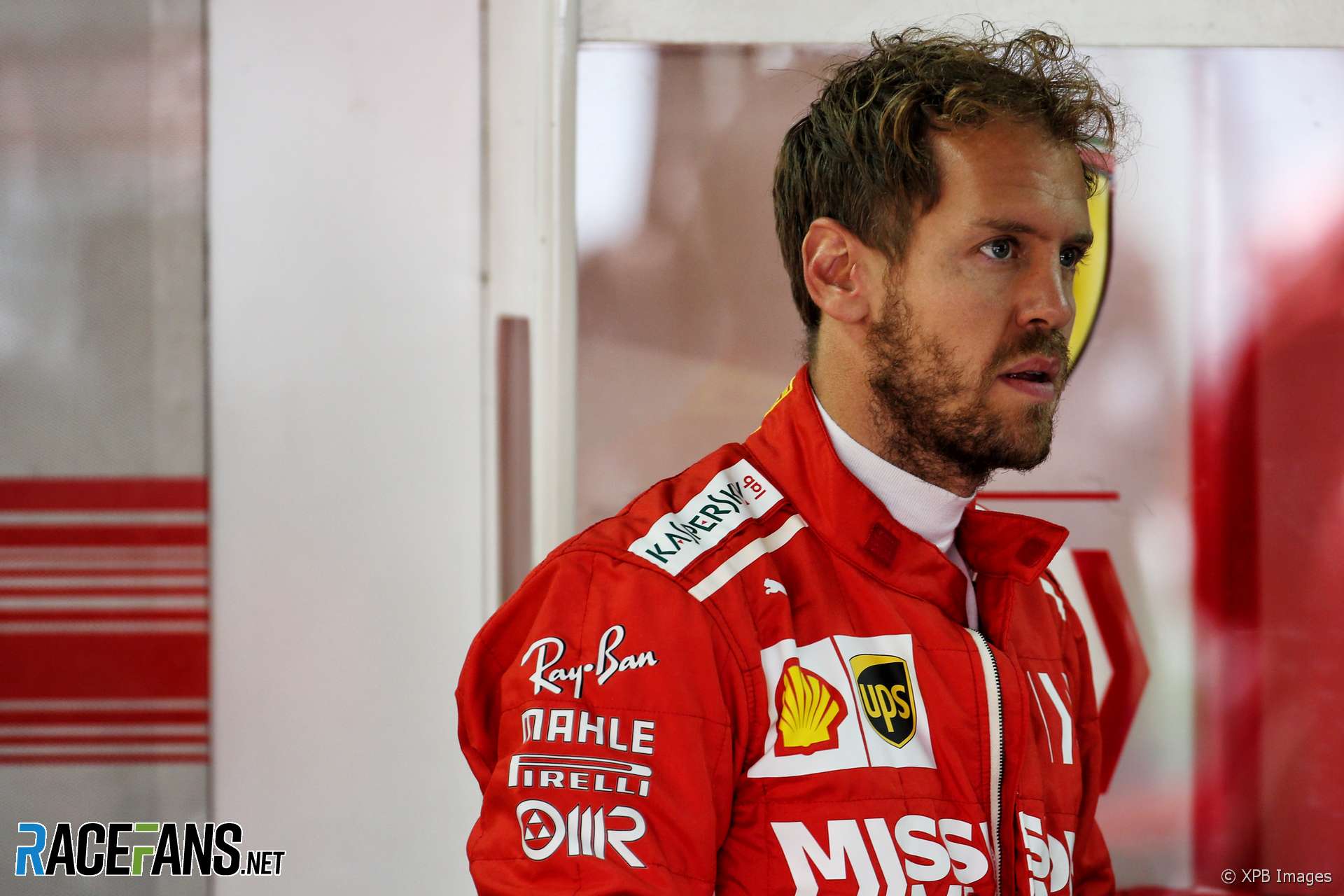 Sebastian Vettel is under investigation by the stewards for “destroying” a set of scales at the weighbridge during qualifying for the Brazilian Grand Prix.

The Ferrari driver was summoned to be weighed during Q2. However the FIA technical delegate Jo Bauer reported Vettel failed to turn his engine off and drove away under his own power, damaging the scales.

“During the second qualifying session at 15:27, the driver of car number five [Vettel], when called for weighing, refused to turn off the engine. The car was pushed onto the scales and weighed with running engine, which makes it difficult to get a stable result. After weighing the driver drove off the scales under its own power, and by doing so, he destroyed the scales.

“As the driver was not following the instructions and further compromised the continuation of the weighing procedure, I am referring this matter to the stewards for their consideration.”

Asked after the session about the investigation Vettel said: “They shouldn’t call us when the conditions are like that, I think it’s unfair if somebody gets called in. I wanted them to hurry up.”

Vettel was heard repeatedly telling the officials “come on, speed up” on his radio during the incident.