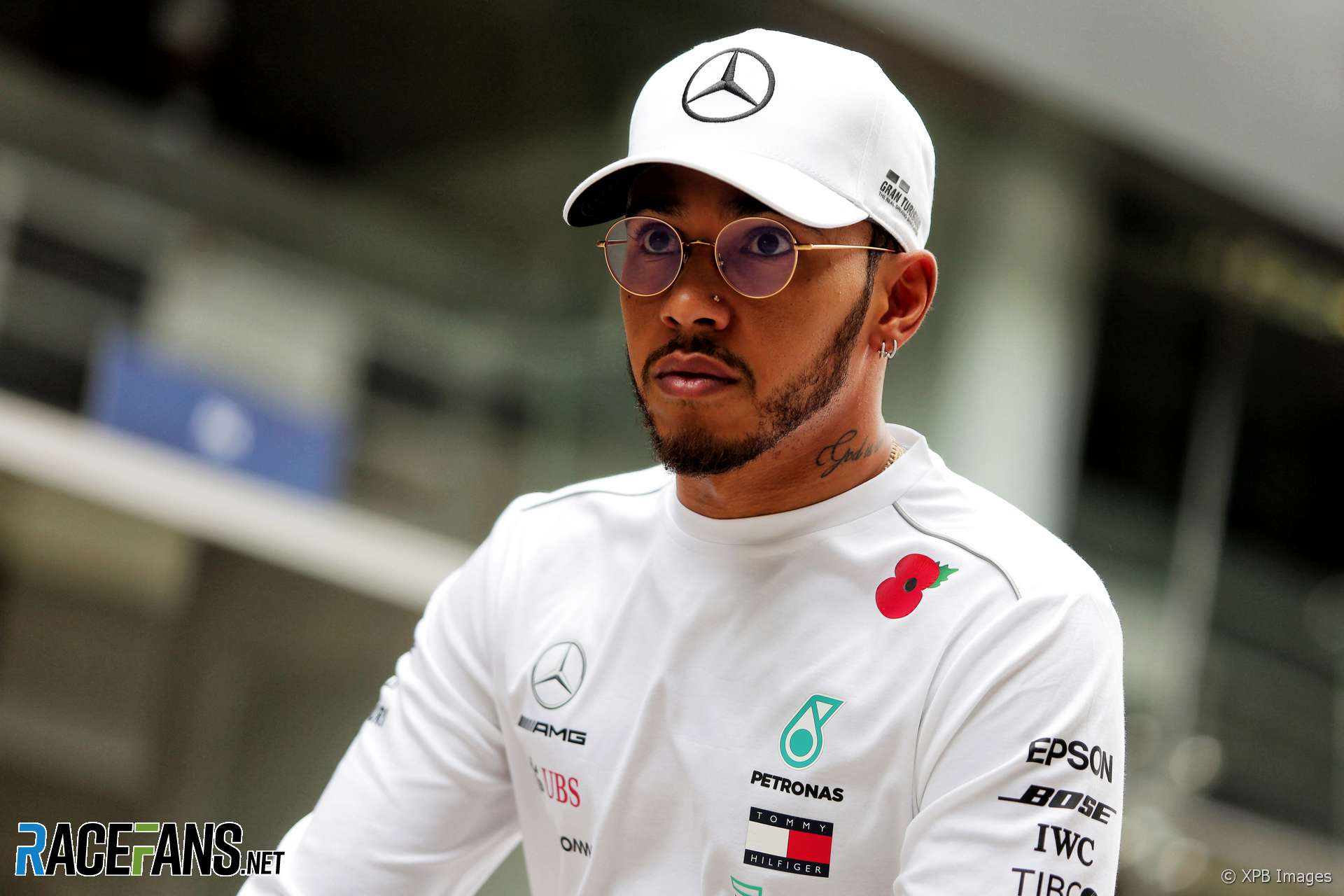 The Williams driver put two wheels off the grass when he caught Hamilton at the end of a lap in Q2. However Hamilton claimed Sirotkin had not been on a timed lap when the incident took place.

“Everyone was on an out-lap,” said Hamilton. “Me, Sergey and everyone in front of me.

“Valtteri [Bottas] was ahead of me and he was backing off to get his gap so I had to back off. I was making sure I had the gap but then all of a sudden I saw a car coming at high speed and I was like: ‘Oh my God. Is that someone coming on a lap?’

“So I went left, but he was going left. But he wasn’t on a lap, so I don’t know what his thinking was.

“We all know to keep a gap. It was a disrespectful move. I was trying to get out of his way and then he got to the corner and slowed up.

“It was kind of strange. It was completely unnecessary because behind him there was a bit of a space so ultimately his lap and my lap weren’t great so hopefully he can learn from it.”

Sirotkin said he was trying to increase the temperature in his tyres ahead of his flying lap when he caught Hamilton.

“We went into Q2 thinking the rain would come and when I exited the pits, due to the changeable conditions the scrubbed tyres were cold meaning I had to push hard to generate temperature,” he said.

“On my lap, I had to slow down to avoid Lewis, which in turn meant putting a wheel on the grass and ruining the lap. Overall, it was a good session and we are happy with the performance.”

There has been no official indication as yet that any incident involving Hamilton has been noted or is under investigation following the qualifying session.