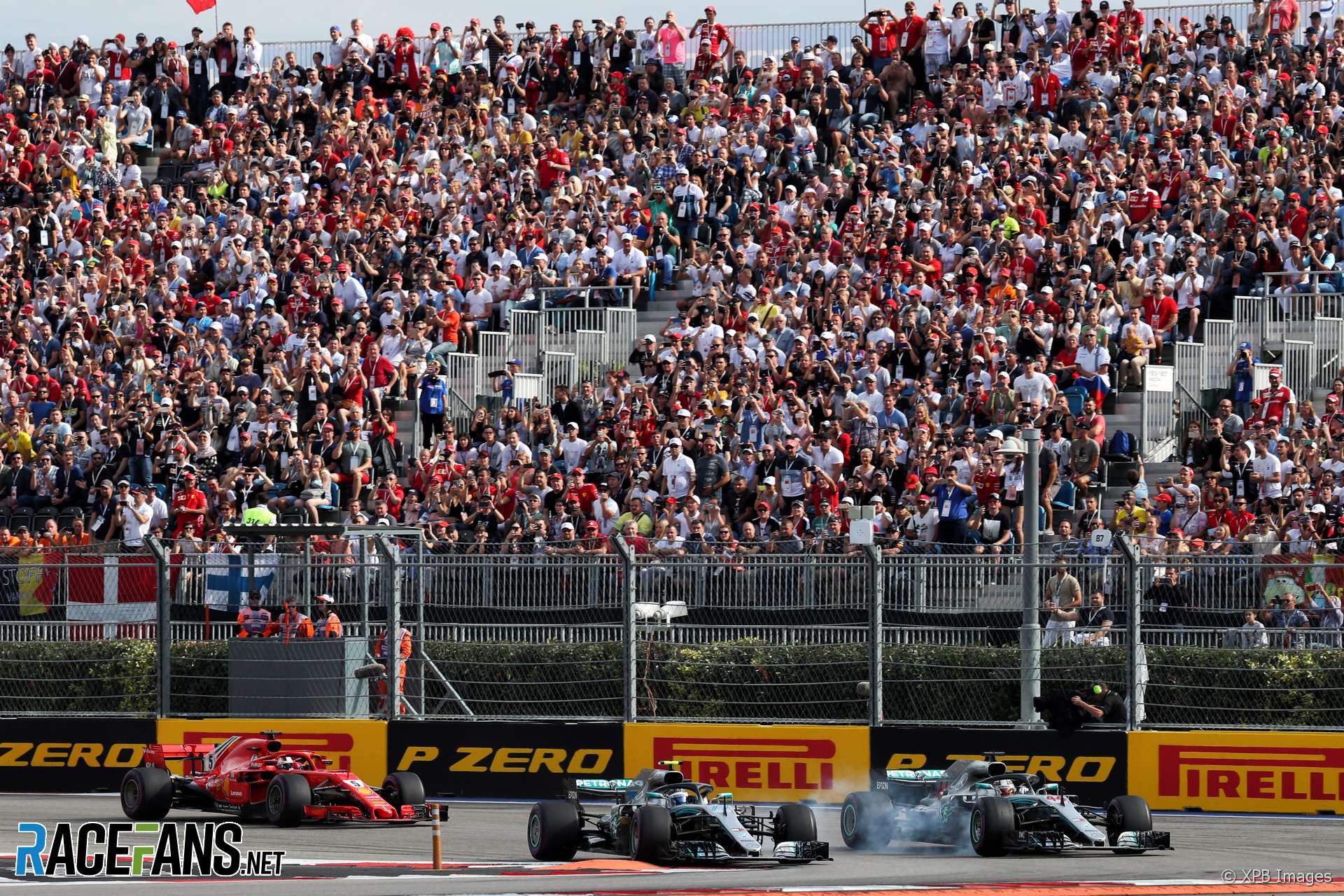 The Russian Grand Prix promoter credits Bernie Ecclestone for helping to extend the race’s contract to 2025.

The event, which has taken place at the Sochi Autodrom since 2014, already has a longer contract than the majority of rounds on the 2019 F1 calendar.

Russia’s last contract extension was announced in March 2017, a few weeks after Ecclestone was replaced as CEO of F1 by Chase Carey of Liberty Media. But race promoter Sergey Vorobyov stressed Ecclestone’s input had been vital.

“It’s been an interesting situation,” he told RaceFans in an exclusive interview. “We started talking about the extension of the contract with Bernie and he did help us to find the proper way to [get] Russian sponsors to the event.

“The Russian Grand Prix is sponsored by VTB and Lukoil, the official event sponsors, and he did propose the way how to make it so that it’s beneficial for everyone – the sponsor and for the promoter. I’m not in a position to elaborate deeper but he was the one who helped to make the deal much more efficient.

“But this deal was finally announced only when Liberty was already in charge so this was a great teamwork, I can say. In the end the benefit which VTB and Lukoil bring to the sport in terms of their marketing involvement, their activations, is great and in the end it’s like a win-win-win solution for everyone.”

The current deal is “solid until 2025” said Vorobyov, who described their relationship with new owners Liberty Media as constructive. “We are fine with the way how Liberty treats us and replies to our questions. We always find a way to way resolve the issues.

“There is always some minor issues. There is a race promotion contract and also there is a lot of additional arrangements which you have to make; media rights. Paddock Club and other things. To be honest I’m quite delighted by the way Liberty deals with things.”

Several race promoters have indicated they are seeking reductions in their race fees from Liberty. However Vorobyov said Sochi will not enter joint negotiations with rival events.

“There is two things which have been very good in Bernie’s era I would say. And they are confidentiality and direct dealings with him. This is the thing we’re going to keep doing.

“If we will be feeling that our fee is not fair then we’ll definitely talk to Liberty about it but it will be a one-on-one negotiation and we’ll do our best on our side to keep it confidential.

“We’ve had approaches from other circuits in order to participate in some kind of negotiations to talk about various things but it’s not an approach we’re going to take. We like the way how Liberty understands our specific situation. And we’re sure if this question will arise it will be sorted out with Liberty in a very professional, discreet and one-on-one way.”

In today’s RacingLines column: Read about Ecclestone’s aborted 1981 plan for a rival series to Formula 1 – and its similarities to today’s championship.