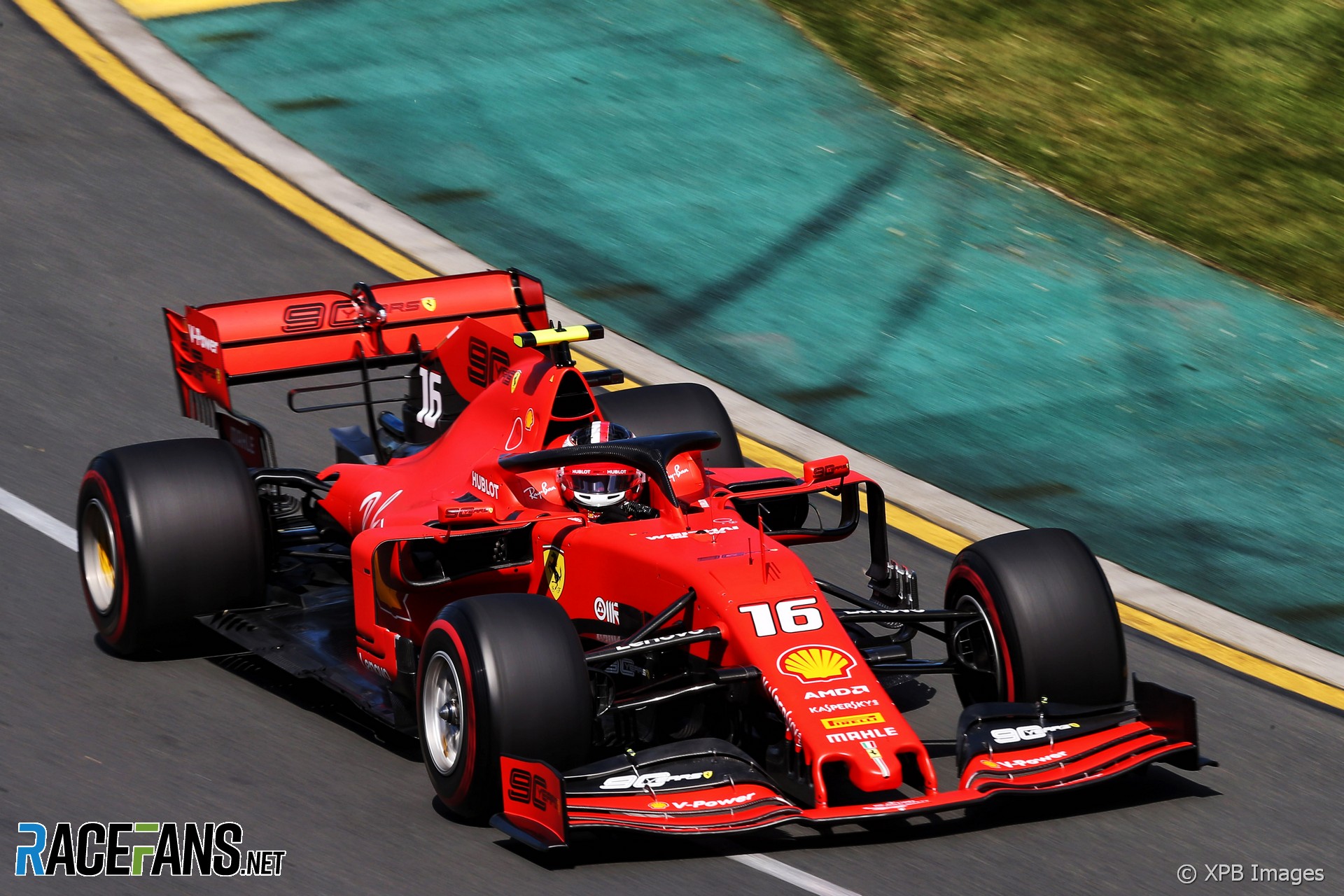 Ferrari ordered Charles Leclerc not to overtake Sebastian Vettel in the final laps of the Australian Grand Prix.

Leclerc, in his first race for the team, caught Vettel in the final laps. Vettel’s tyres were older than Leclerc and he was lapping slower than his team mate.

However when Leclerc got within striking distance of his team mate he asked the Ferrari pit wall whether he should hold his position. “Yes,” he was told. “Back off to have some margin.”

Before the season began Ferrari team principal Mattia Binotto said his two drivers were “free to fight” each other. However he also indicated Leclerc would be required to play a supporting role to Vettel “if there is any ambiguous situation at the start of the season”.

Speaking before the race Leclerc said: “I completely understand the decision.

After the race Vettel was asked whether there had been any discussion about him and Leclerc switching places. “No I mean obviously it was clear so I think everything goes normal,” he said.

“I don’t have much chance to fight anybody at that point because I was quite slow. For me it was just making sure I get to the end.”

31 comments on “Ferrari ordered Leclerc to stay behind Vettel”