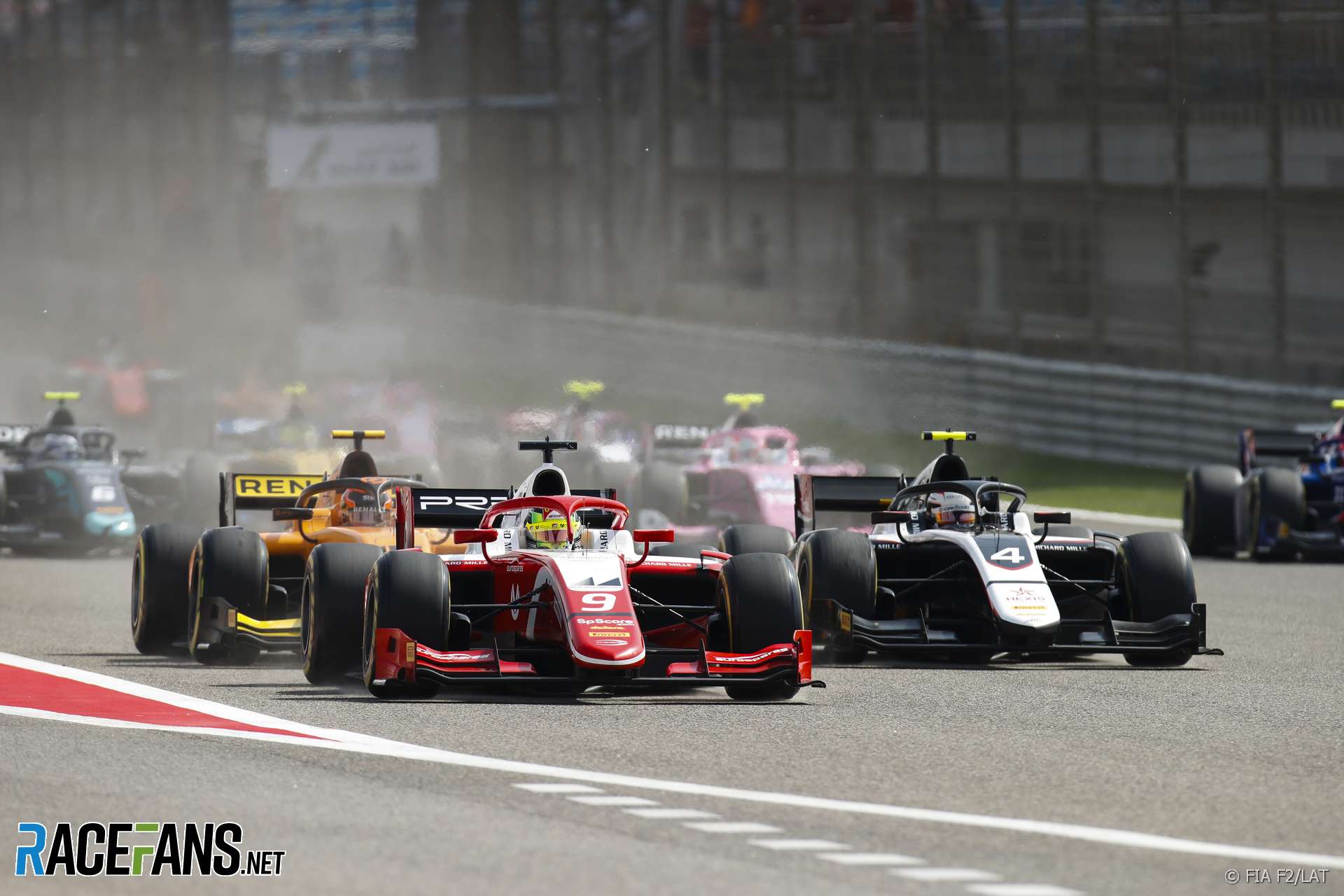 Luca Ghiotto used the unusual tactic of making a mid-race pit stop to win the Formula 2 sprint race at the Bahrain International Circuit.

Emulating Charles Leclerc’s strategy from two years ago, Ghiotto pitted halfway through the race for a fresh set of tyres having built up a six-second lead over his pursuers.

That allowed the DAMS pair of Sergio Sette Camara and feature race winner Nicholas Latifi into the lead. But with his superior pace Ghiotto made light work of his ascent through the field.

On lap 18 Ghiotto cruised up behind Louid Deletraz and pole-sitter Mick Schumacher, and swept past the pair with little difficulty. Within three laps he had the race leaders in his sights.

Ghiotto breezed by the two DAMS cars on lap 21 of 23. His grip advantage was so great he was able to take Sette Camara for the lead in turn 13, an unusual overtaking spot.

The DAMS pair followed him home while Guanyu Zhou made a late charge to claim fourth. Next was Deletraz wrested fourth place from Schumacher after a fine scrap between the pair. Schumacher briefly reclaimed the place before Deletraz saw him off around the outside of turn four.

The Prema driver had held his lead from pole position at the start and seemed in a strong position when his three closest pursuers tangled on the first lap. Delrtraz, Jack Aitken and Nyck de Vries took to the run-off at turn six.