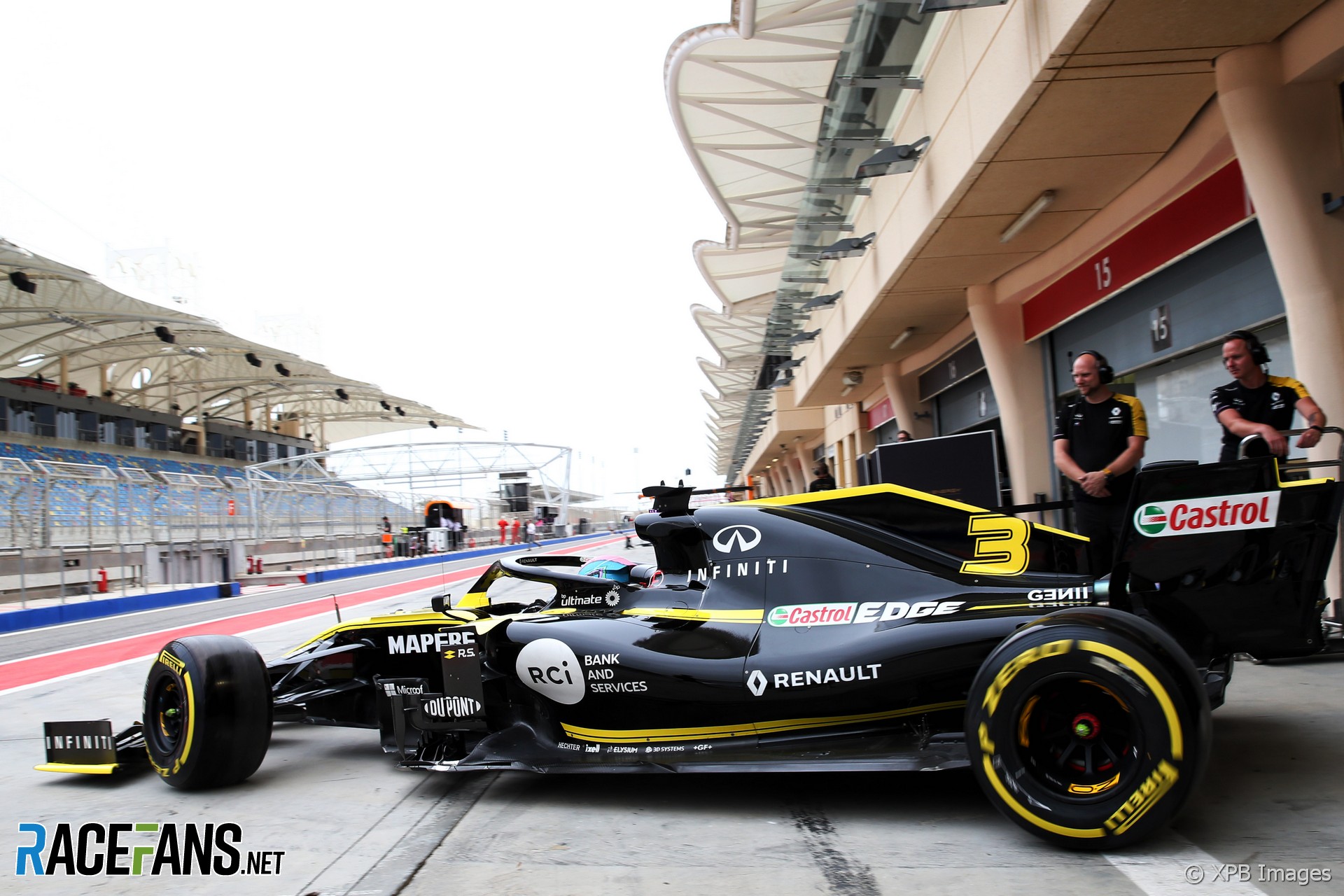 Daniel Ricciardo says he still has progress to make in adjusting to his Renault following last week’s test in Bahrain.

Last year’s Chinese Grand Prix winner admitted he is not fully comfortable in his new car after joining the team from Red Bull.

“I’m certainly getting there in terms of extracting the maximum and getting more comfortable,” he said. “These things do take time, but it’s good to iron out these details.”

Ricciardo, who retired while running tenth in Bahrain and is yet to score a point this year, did one of the team’s two days of running in last week’s test as he continues to acclimatise in the RS19.

“We’ll get there soon and sure enough and I’m confident we’re heading in the right direction. We showed signs of that over the race weekend, going from a struggle on Friday, followed by an improvement on Saturday to being in and amongst it on Sunday.

“The car clearly has pace, but for me, it’s about finding all of it. I feel there’s a lot more to come.”

“Our overall competitiveness is good enough for our drivers to be racing in the top 10 and closer to the top teams than last year,” he said. “But we have suffered from reliability issues. We move onto China with caution, but also with a resolution to really get the season going.”