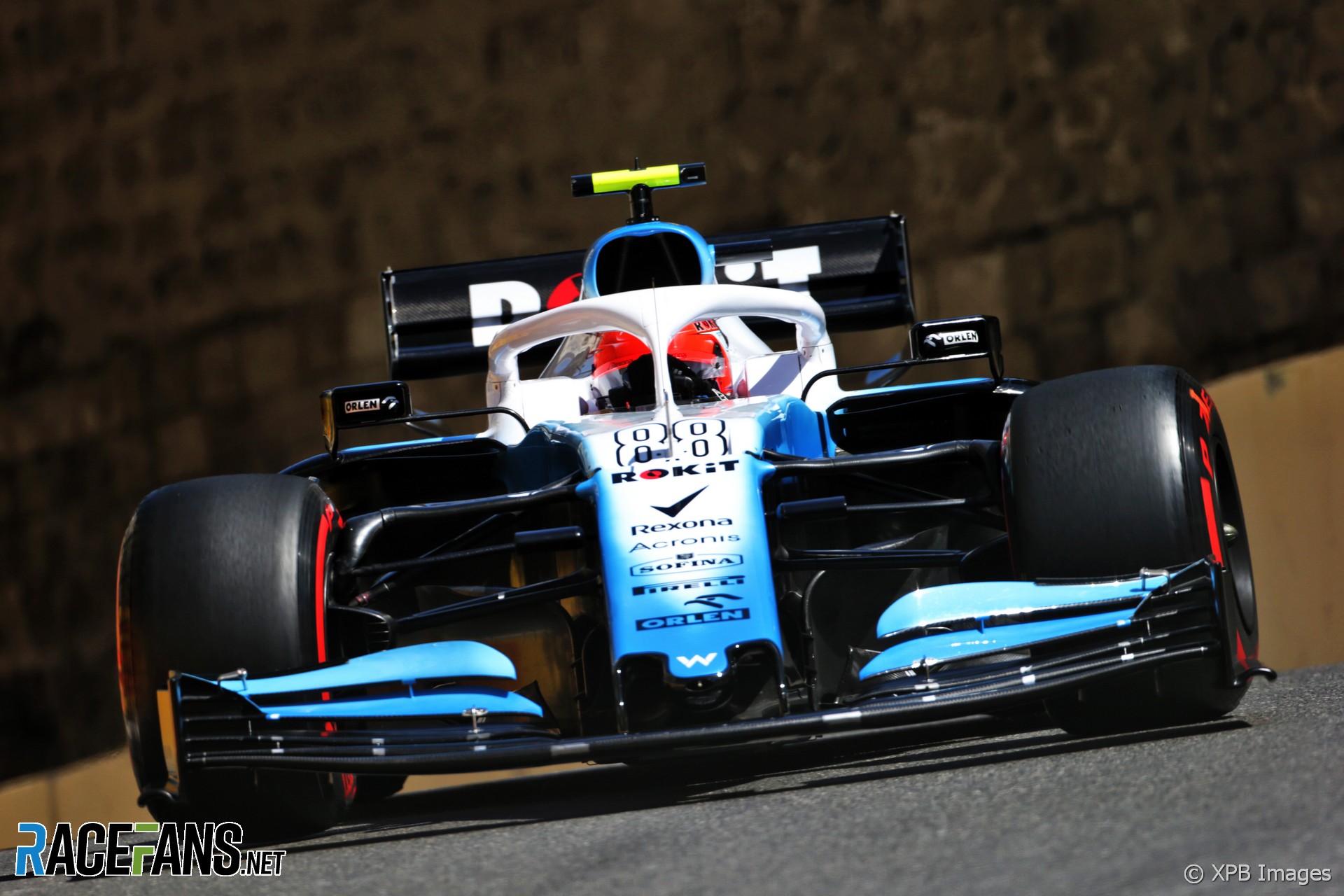 Robert Kubica says the crash which ended his qualifying effort for the Azerbaijan Grand Prix was a small mistake which brought a high price.

“I clipped the inside with the front left which pushed me into the wall,” Kubica told the BBC after his crash in Q1. “It’s the worst place you can make those kind of evaluations and unfortunately I paid quite a high price. That’s how it is.”

Kubica went to the Medical Centre following the crash for precautionary checks but said he feels “fine” after the crash.

“It’s all OK,” he said. “It’s not a huge impact but of course the Medical Centre they had to, for precautions, do all the tests. I feel good so no problem.”

Charles Leclerc had a similar crash at the same point on the track early in Q2. “I didn’t know,” said Kubica. “A shame for him. It’s the place where you pay a high price for a little mistake but we know it and that’s how it is.”

Kubica’s team mate George Russell is already driving the team’s only spare chassis. Kubica says he isn’t sure whether his car can be repaired for tomorrow’s race.