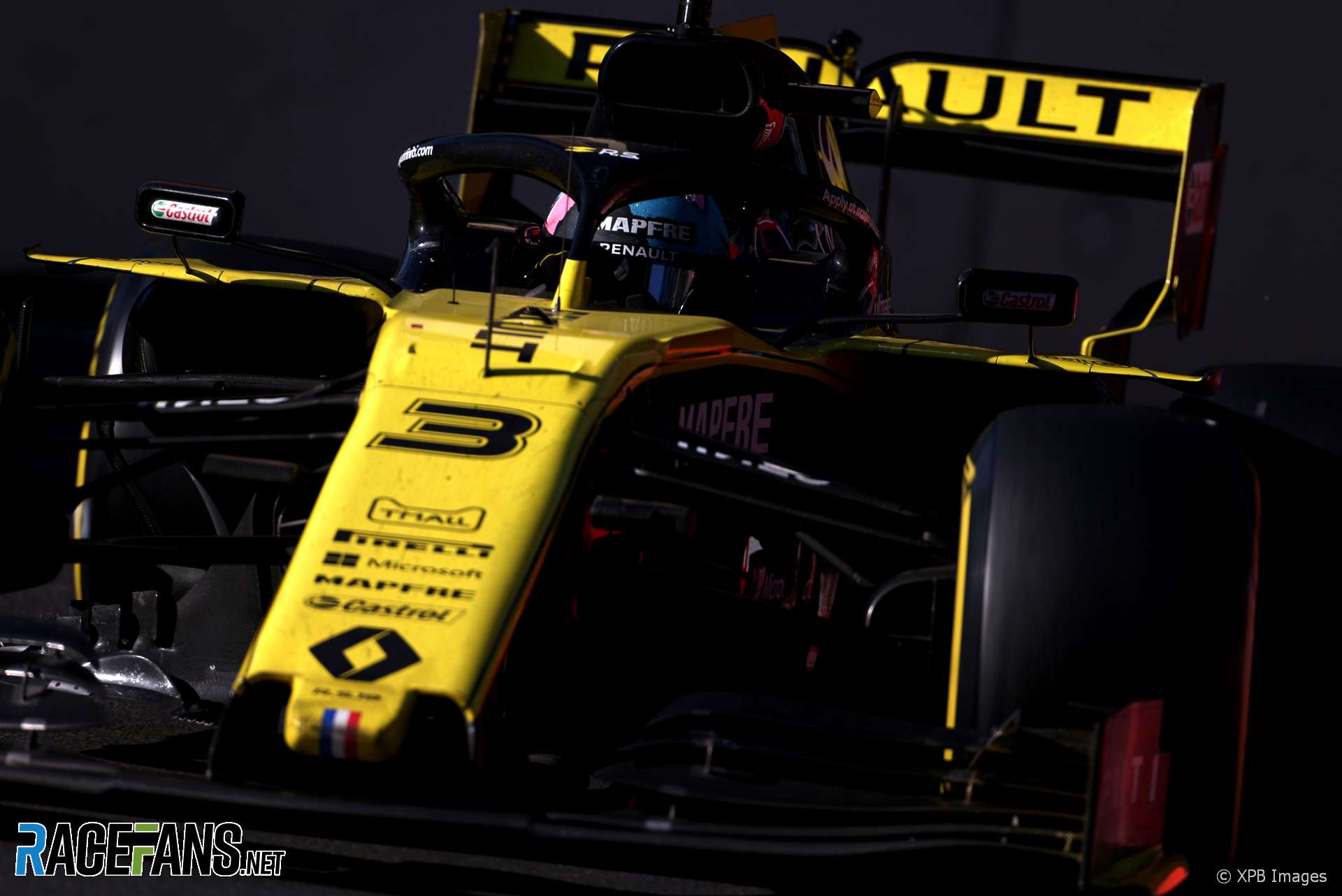 Daniel Ricciardo says Renault have a “pretty big” upgrade package for this weekend’s Spanish Grand Prix, including a reliability update for its power unit.

The team has suffered a series of reliability problems this year including a double retirement in the Bahrain Grand Prix. Team principal Cyril Abiteboul described these as “frustrating and unacceptable” at the time and said the team must focus on fixing the problems.

Since then the team has introduced a revised MGU-K. A further reliability tweak is coming in a new engine specification this weekend, according to Ricciardo.

“It’s mainly for reliability,” he said. “I don’t know how much detail they’ve gone into, what parts have changed.

“Some materials, I know what they are but I don’t know how much I can obviously say, but some materials have changed to help reliability. So for now that’s the target.”

Ricciardo hopes this means the team will be able to shift its focus back to improving the performance of its E-Tech 19 power unit.

“Obviously we’ll see that it’s more reliable, then we can start again pushing the power curve and all those other things that everyone does in qualifying and all that.”

Ferrari has also brought a new power unit to this weekend’s race.