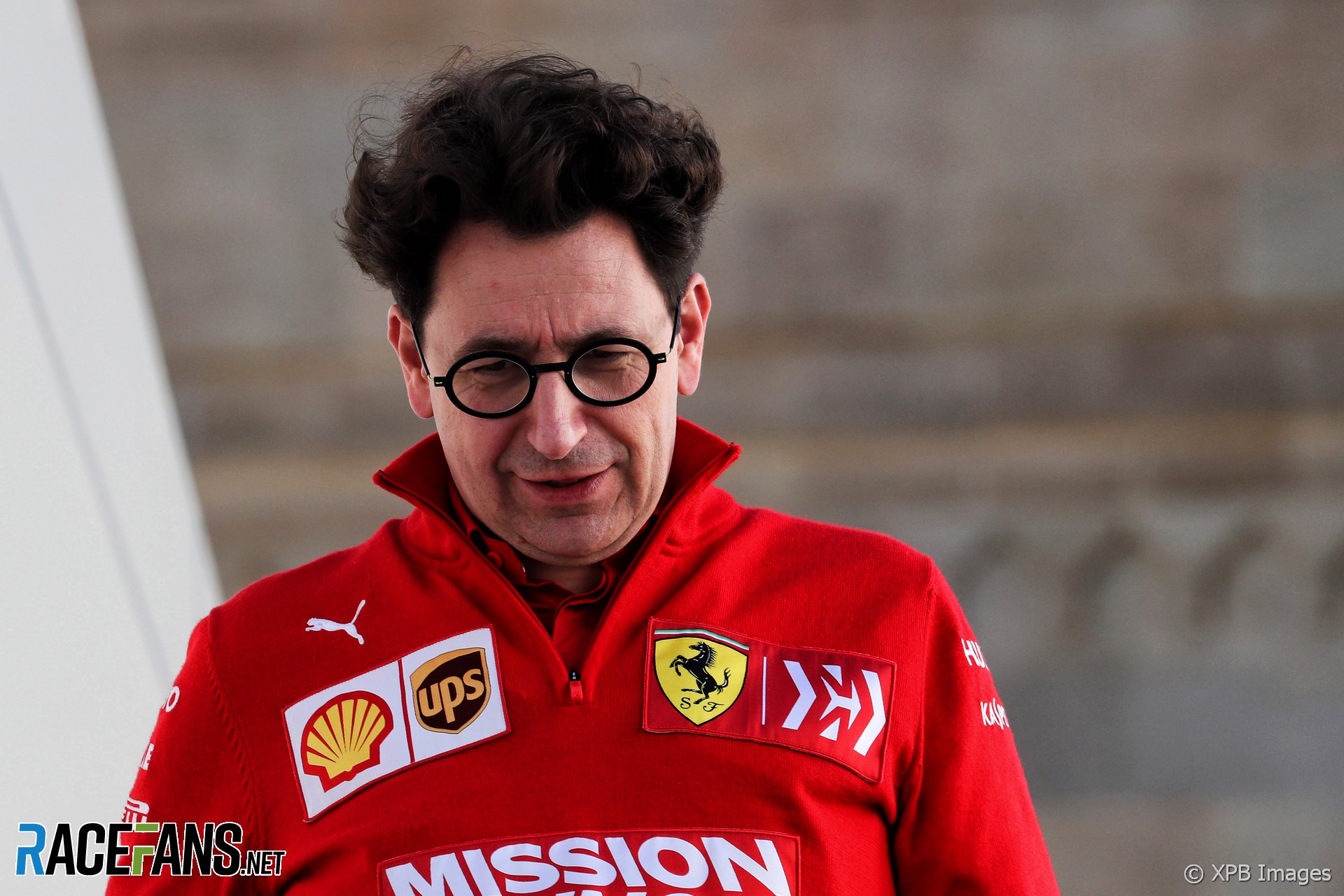 Several of Ferrari’s rivals have said the team should lose its power to veto changes to the Formula 1 rules it does not approve of.

However Red Bull team principal Christian Horner was among those sceptical of Binotto’s claim. Horner described the veto as “outdated” when asked about it by RaceFans in today’s FIA press conference.

“You can say ‘OK, it’s a safety net for them representing the teams’. But ultimately they’re representing Ferrari. So probably if we’re going for a clean sheet of paper it would make sense for it not to be there and [have] the same rules for everyone.”

Mclaren Racing CEO Zak Brown jokingly said it was “very kind of him to offer to represent the teams’ interests.”

“But I think we all have varying interests. Formula 1 themselves want to do what’s in the best of interest in the sport which I think is ultimately in the best interest of all of us and so we’re best having our own individual negotiations when and if that is appropriate.”

“Ferrari bring a tremendous amount to the sport and that can be recognised in other ways,” Brown added.

Williams deputy team principal Claire Williams said the sport needs to be less beholden to the interests of all teams including Ferrari.

“I have a problem in our sport anyway: I think it’s far too democratic. I’ve been quite open about that. I feel that F1 and FIA should take more ownership of the regulations. We run it too much in a collegiate way which is detrimental when we all have our own agendas.

“We need to be looking at this sport and its sustainability into the future and protecting it and protecting the true DNA of that. Doing that by committee can be very difficult. I really don’t feel that one team should have a right of veto. That makes no sense to me at all.”