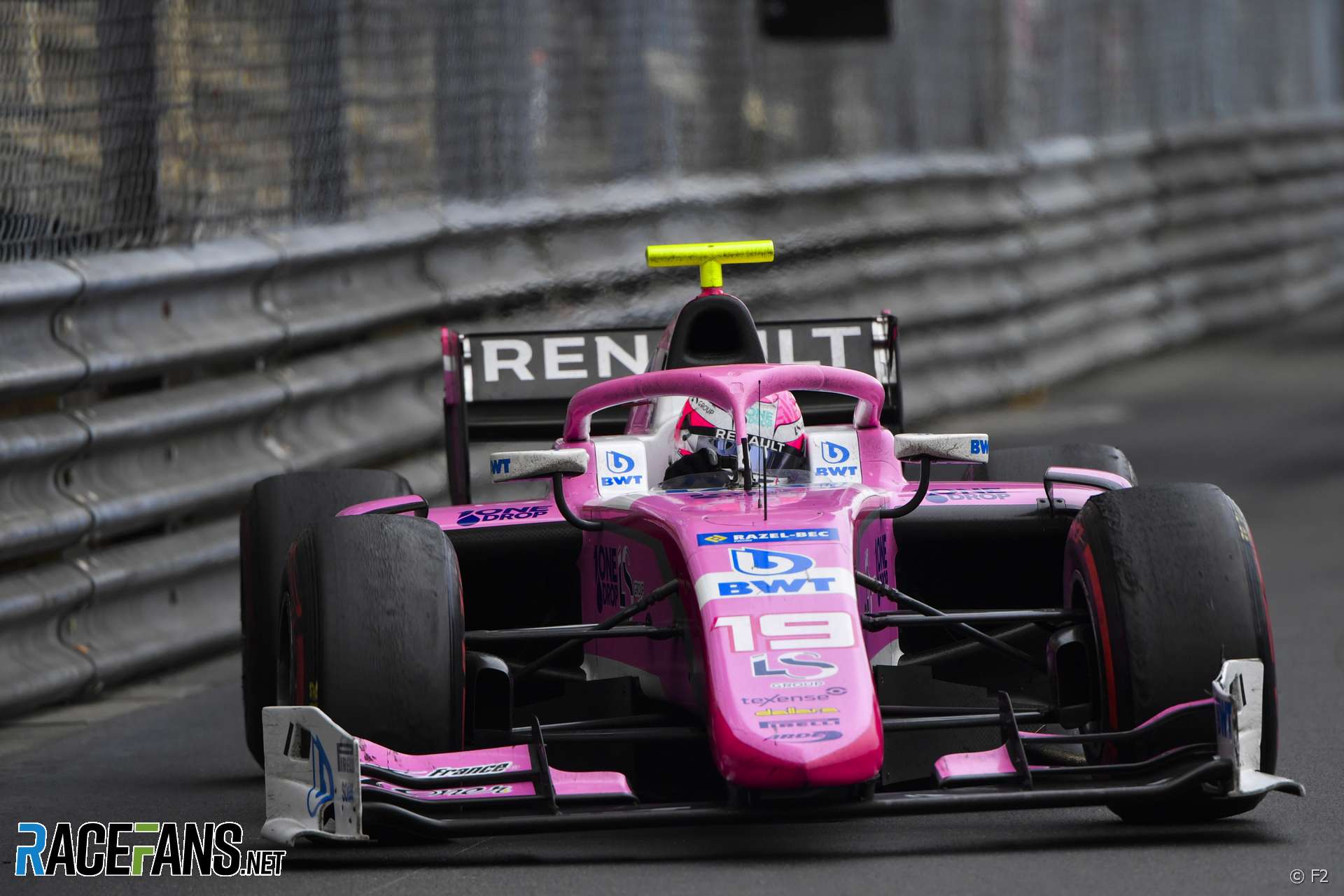 Anthoine Hubert scored his first Formula Two race by beating Louis Deletraz in a sprint to the finishing line by 0.059 seconds.

Deletraz was climbing all over the back of the race-long leader in the final stages of the race and repeatedly pressured Hubert into locking up at the chicane. However on the final tour Deltraz clipped a barrier and slipped back.

As they accelerated out of the final corner Deletraz got better traction and drew alongside his rival as they headed towards the line. Hubert denied him by a car length.

It was a thrilling end to a race which saw few changes of position at the sharp end. Guanyu Zhou took third place off Artem Markelov at the start and stayed there despite constant pressure. The top four covered the line separated by just 2.4 seconds Dorian Boccolacci was further behind in fifth, followed by Sergio Sette Camara and Friday’s race winner Nyck de Vries.

Luca Ghiotto, who finished the first race in second before being disqualified, had a hand in causing the race’s two Safety Car interruptions. He clashed with Tatiana Calderon at Mirabeau, leaving Hubert’s team mate in the barrier nursing a sore hand.

He then launched down the inside of Mahaveer Raghunathan at the Fairmont Hotel hairpin, where the pair interlocked wheels and came to a stop, both their races over.

They were later joined in retirement by Ralph Boschung, whose car lost power after the second restart, and Giuliano Alesi, who was hit from behind twice by Sean Gelael.