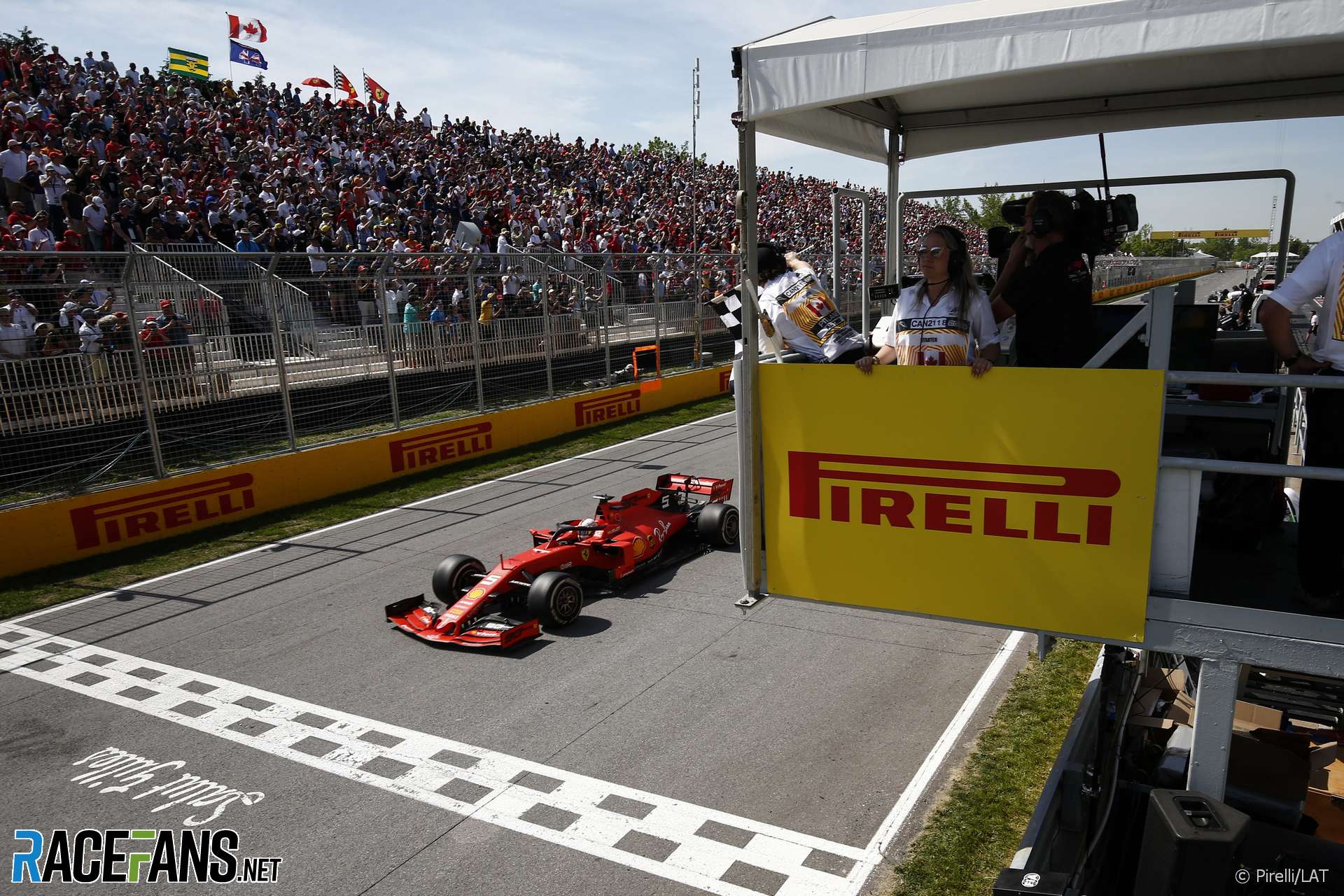 Sebastian Vettel denies he is becoming frustrated by his win-less streak which dates back to last year’s Belgian Grand Prix.

The Ferrari driver has come close to winning several times since then, most notably at the last race in Canada where a five-second time penalty handed victory to Lewis Hamilton. He said he’s “not frustrated” by the situation as he does not believe he had a chance to win many of those races.

“I think it’s not like we had 15 races to win and we didn’t win, then I’d be frustrated,” he said. “Obviously we did the best we could.

“This year arguably we could have had two shots so far. One [where] Charles [Leclerc] controlled the race and I was also there in that race and the other one [Canada].

“I think it all depends looking back. But generally with the races I’ve had, obviously you always think that you could do a bit more here and there, but as I say it’s not like we [could have] dominated the last 15 races.”

Vettel admitted his defeat in Canada stemmed from a mistake made under pressure, but pointed out Hamilton had made unforced errors during the race.

“I tried everything to stay on track,” he said. “Obviously I was under pressure, I was pushing as hard as I could I don’t think we had the same pace. I think if Lewis was ahead in that race he would have controlled his pace and done like the other six races before. We weren’t easy to pass because we had an advantage down the straights.

“Fortunately Lewis made some mistakes in the hairpin every time he was a bit close. You can argue I did the mistake at the wrong place on the track, if I’d done it at the hairpin for example I’d’ve just lost time. In that case obviously I lost a bit more time because I had to go through the grass.”