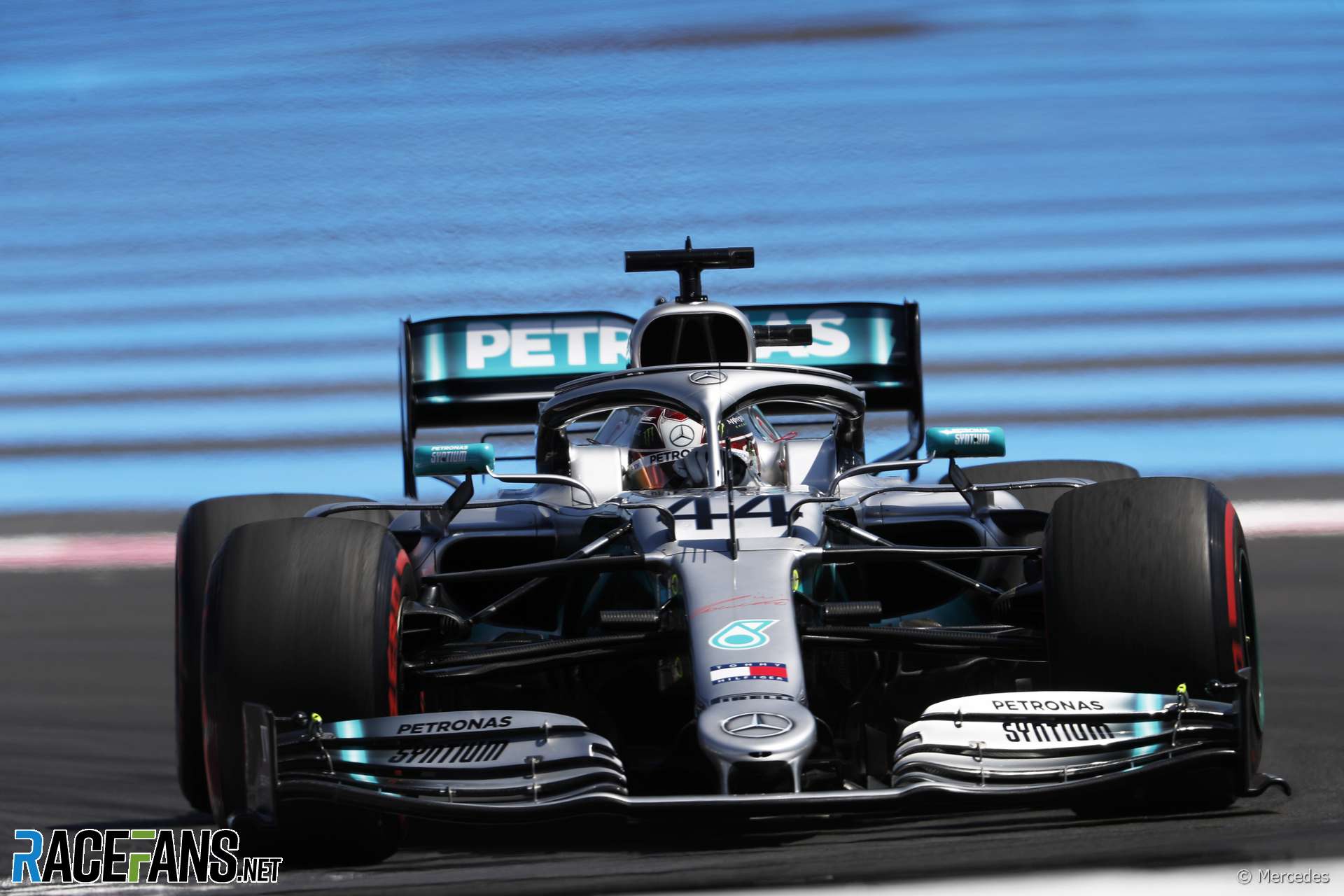 Lewis Hamilton told his team he could have gone a second quicker after missing out on the bonus point for fastest lap by two hundredths of a second.

Mercedes told Hamilton they “won’t bother going” for the fastest lap and the bonus point which comes with it after Sebastian Vettel pitted to put on a new set of soft tyres for the final lap of the French Grand Prix.

“Of course I kept going,” Hamilton admitted afterwards. He set a lap time only fractionally slower than Vettel’s. He told his team afterwards he could have been significantly quicker if he had been able to prepare his lap properly.

“Naturally the guys can’t know how I feel in the car but I felt like I had a little bit left in the tyres and there was only one more lap and I was like ‘I want to go for it, man’.

“Even during the lap they were saying ‘don’t worry, he’s got new tyres, there’s no way you can beat a soft tyre’. I still, as crazy as a driver is, just thought maybe I could get there.

Team principal Toto Wolff said the team didn’t want Hamilton to risk crashing or damaging his tyres with an attempt to set the fastest lap.

“I think the biggest risk always when pushing for the fastest lap is to put it in the wall or flat-spot [a tyre],” he said.

“[But] by doing it on the last lap the flat spot argument falls away. And [Paul] Ricard having the highest safety standard he will know where to push and how much to risk. It’s different to when you push for the fastest lap in Baku or Monaco.”

26 comments on ““I could have gone a second quicker”: Hamilton ignored call to stop fastest lap bid”