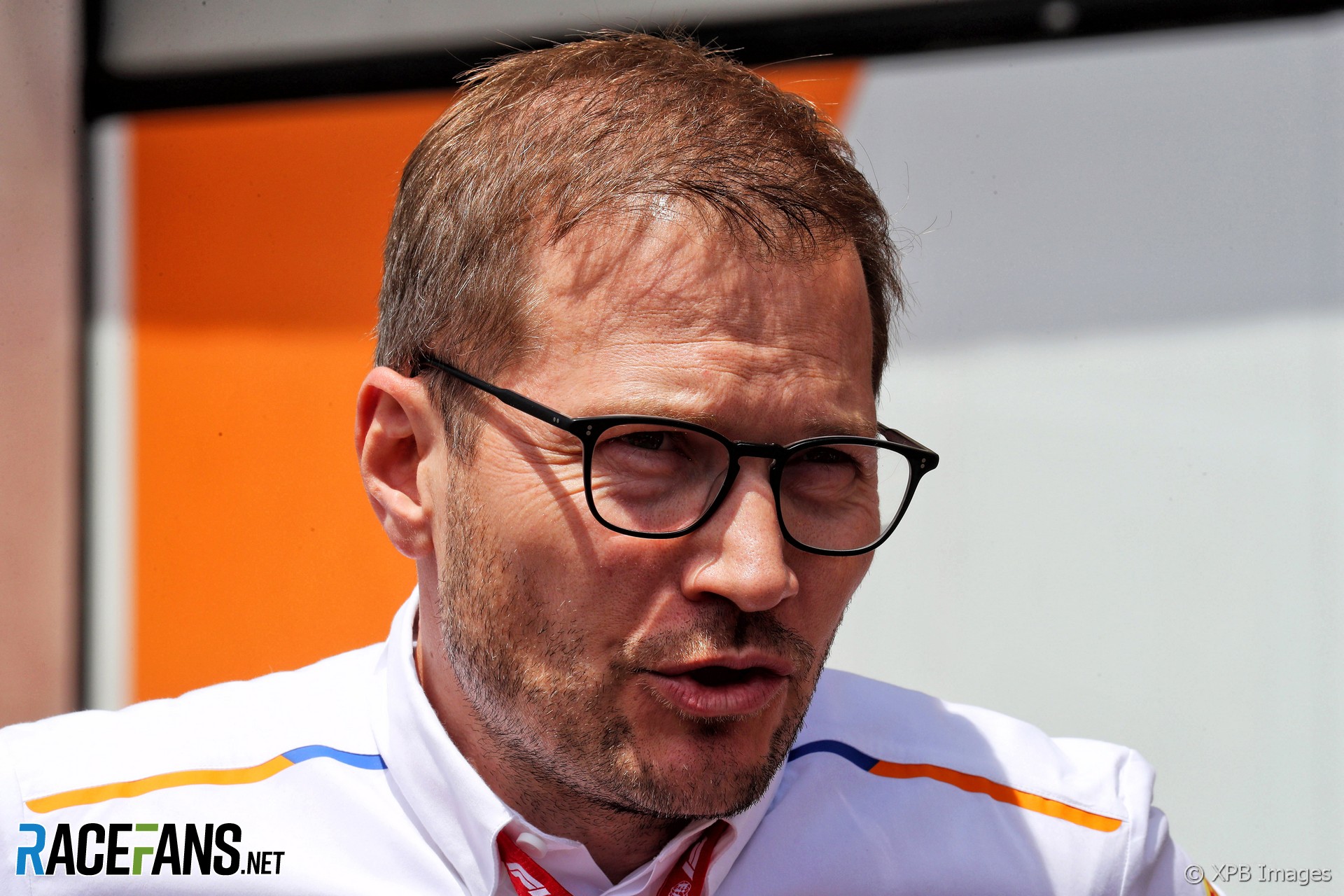 McLaren team principal Andreas Seidl says calls to bring back last year’s tyre specification only came about because Mercedes is beating its closest rivals so emphatically.

An attempt by teams to require Pirelli to revert to the 2018 rubber failed when a vote today failed to produce the necessary majority of seven teams in favour of the change. Five out of 10 teams opposed the return of last year’s tyres, including McLaren.

Speaking in today’s FIA press conference Seidl explained his reasons for opposing the change. “First of all I think in fairness also to Pirelli to mention we don’t have a tyre issue in general here,” he said. “The product we have this year is matching all the requirements we have set out last year as Formula 1, what we want to have.”

Seidl believes Red Bull and Ferrari called for the change in the hope it would help them compete with Mercedes, who have won every race this year.

“The reason why we have this discussion at the moment is that we have three top teams with the same resources and one team is doing a significantly better job than the other two. So that’s the situation we are facing.

“But it’s nothing really we can influence as McLaren. I think it’s down to the three top teams with FIA and Formula 1 to see if there’s anything that can be done short-term to fix that issue.”

“We listened to the argument and we especially listened to [Isola], they’re the experts in the area. And from what we could tell it wasn’t clear-cut at all that reverting to last year’s compound was going to be a positive change. It sounded like a significant risk to us.

“So from our perspective I think it’s too late for this season. The decision to focus on something to try to improve the tyres in the show for next season is the right thing to do and to try and to try not distract from the testing that’s going on post this event and post Silverstone as well is the right decision.”

However Red Bull chief engineer Paul Monaghan said the change should have been attempted in the hope it would improve the show.

“It’s difficult,” he said, “it puts Pirelli in a slightly difficult position. They’re doing a decent job, they’re going to win every race, the tyres are surviving on the cars and there’s no doubt they’ve got to maintain their safety record.

“At the risk of being slightly controversial as regards Andy’s comments we would quite happily accept the 2018 tyres to come back. I don’t think the risk is as great as some perceive.

“But it is about creating a show and we almost have to step back and take a less teams-centric position and say: ‘Well, if it would be better for the show, could the teams cope with it?’ And our view is yes, we could. Except there’s been a majority vote not to do so, we have a slightly different view to the majority.”