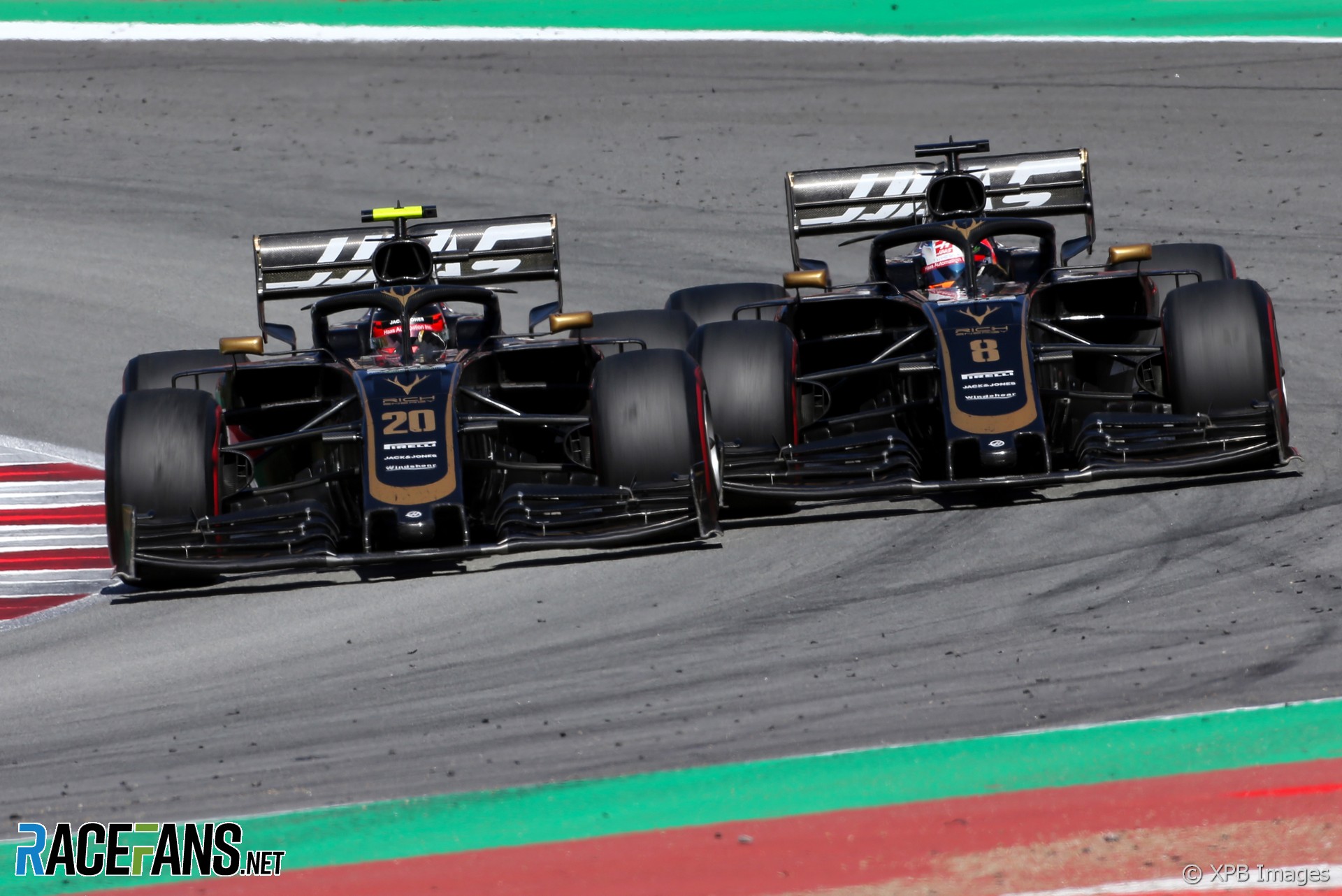 Haas team principal Guenther Steiner says his drivers’ collisions this year will influence his choice of line-up for the 2020 F1 season.

Kevin Magnussen and Romain Grosjean have collided in the Spanish, British and German Grands Prix this year. The contact between the pair at Silverstone led to both retiring.

Steiner will meet the pair today to discuss the latest clash between the pair in Germany last week.

“I’m going to sit down with them today and let’s see what is coming out of it, how they see it and what we need to do to go forward in future,” he said. “That’s the only thing I can do. Maybe it ends up that we tell them what to do, we decide who is doing what, when they are getting close to each other.”

“When they are close to each other I think we need to take it out of their control who is doing what,” he added.

Asked whether the string of incidents involving the pair this year will influence the team’s choice of drivers for next year, Steiner said: “Absolutely, yes.”

“It’s like every year. Somewhere some domino has to fall and then all the other ones get in place. There is a lot of non-movement at the moment, everyone knows. Who is the first one to move here, and then the other ones will fall in place.

“Maybe nothing moves and then nothing falls in place. But at the moment nobody has moved and until something moves there is a lot of things going on. There’s quite a few drivers out of contract and if they are all confirmed it is very difficult that a lot of things move.”