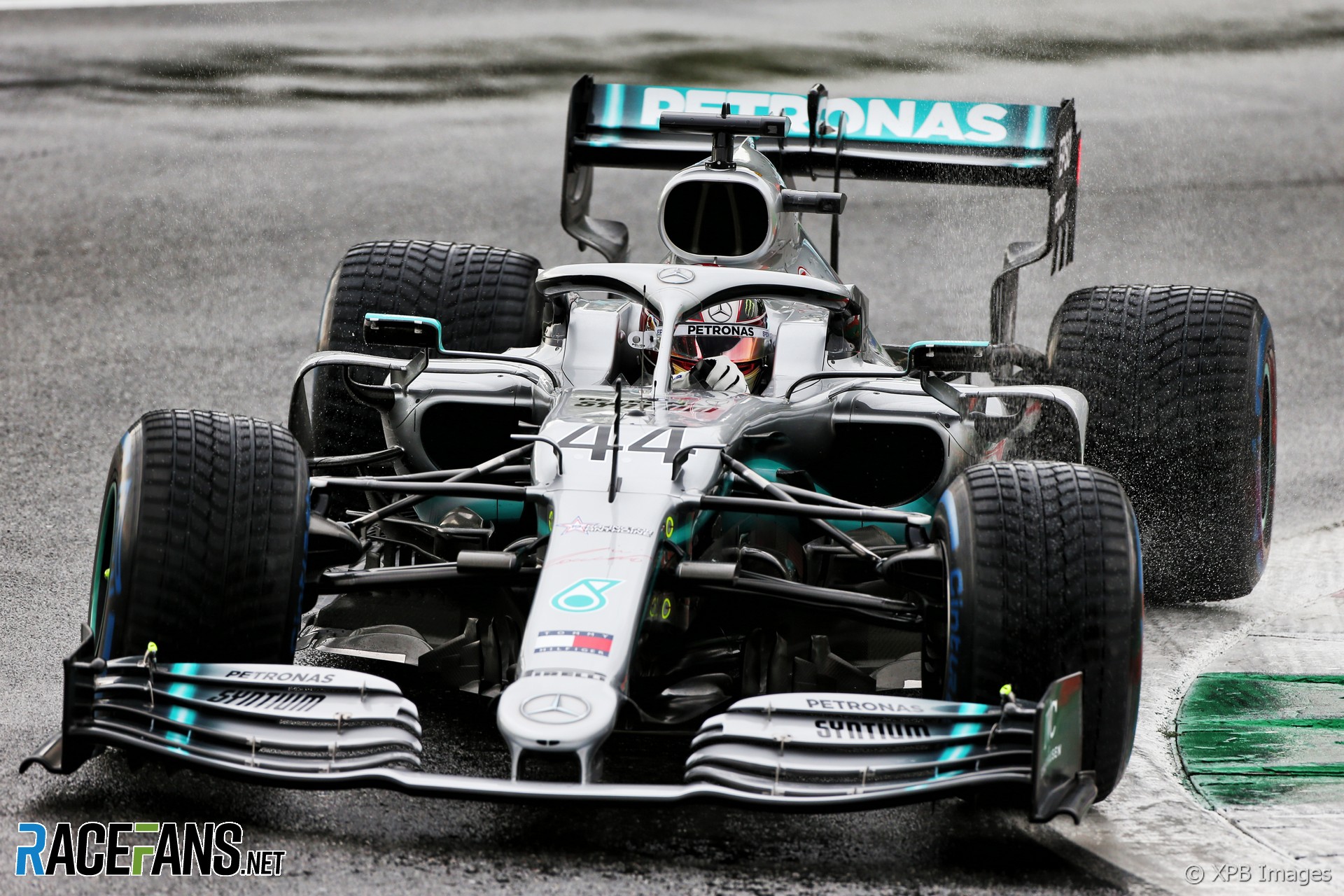 Lewis Hamilton said he was surprised to be within a tenth of a second of Ferrari pace-setter Charles Leclerc at the end of the first day of practice for the Italian Grand Prix.

Before the weekend began Mercedes team principal Toto Wolff warned the team’s car was “not ideal for a track where straight line speed is a key performance differentiator”, such as Monza. But Hamilton ended second practice just 68 thousandths of a second off Leclerc’s best time.

“Definitely it is surprising,” Hamilton admitted. “Honestly I didn’t know what to expect this weekend.

“We expected them to be quick on the straight which they are but there’s enough corners on which we’re able to gain it back. They’re not really that quick through the corners so it kind of balances it out.”

Mercedes’ Friday practice performance has given Hamilton added confidence for the rest of the weekend. “I still think it’s going to be a really hard race but we are on a similar level which is quite nice,” he said.

Both today’s sessions were affected by rain. Tomorrow is expected to be dry but there is a chance of further rain on Sunday. Hamilton said this is not something the team will make allowances for in its set-up.

“We don’t really prepare for rain in the sense of getting the set-up for the rain. We’re prepared to try and make the car as quick as we can do on a single lap and then deal with it once it does rain.

13 comments on “Hamilton surprised to be so close to Ferrari”